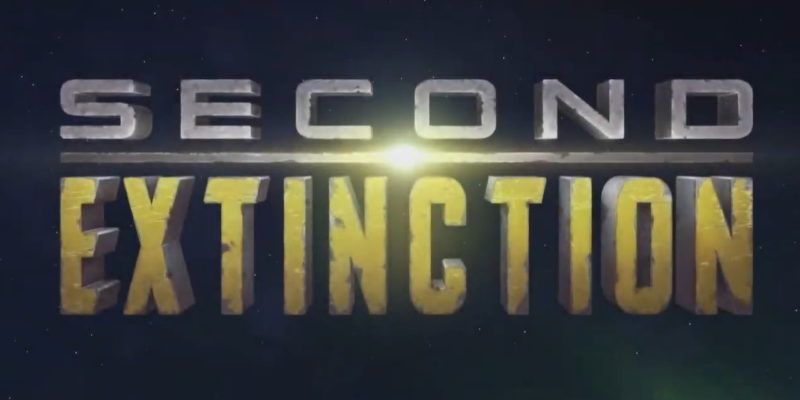 Here’s an idea. Why not take the classic zombie survival invasion model and replace those zombies with dinosaurs? That’s exactly what developer Systemic Reaction has done with its upcoming dino slayer FPS Second Extinction. First announced back during May’s Xbox showcase we didn’t know exactly what to expect but a new gameplay showcase just dropped.

At the start of the game, you will get to pick from four different heroes. Each of these is their own class and has their own unique abilities. Amongst these includes a support class, heavy-weapons specialist, and generalist all-rounder. Within each class, players will be able to customize their heroes’ kits by changing their weapons, grenades, and payloads.

Payloads are a type of power-up that can be called down from space. These can provide useful utility such as an ammo resupply or even a deadly airstrike. Each weapon will be upgradable to suit your needs. From a specialized one-off gun to a versatile primary, players will be able to change their weapons in all sorts of ways.

Regarding the dinosaurs themselves, Second Extinction will have a large variety of different critters to fight. In the gameplay reveal alone it was confirmed fans can expect to see the iconic velociraptors and T-Rex. We also know that more dinosaurs will be added to the game with later updates.

Second Extinction won’t necessarily be truly open world but the developer has been on record describing it as a “big map game.” Systemic Reaction made the decision to compress the map somewhat as it wasn’t happy with how things played out with a full-sized map.

A full release date hasn’t been confirmed yet but if you’re interested there is an upcoming beta. Be sure to head over to the official Second Extinction website to sign up.

PSO2 will soon let you dress up like Yakuza’s Goro Majima, and that’s swell