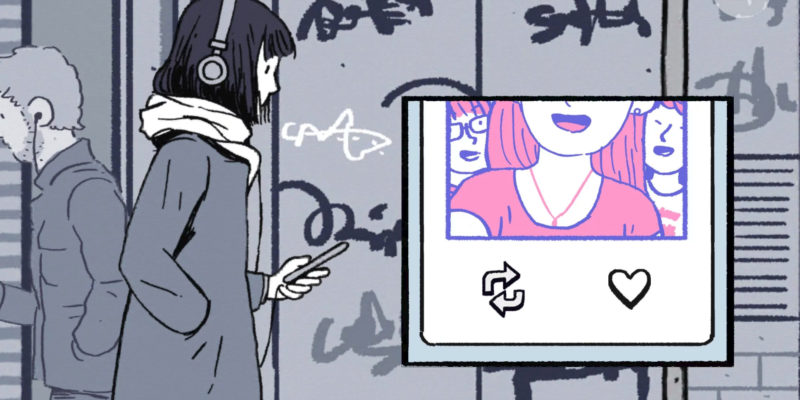 Critically acclaimed indie darling Florence, published by Annapurna Interactive and developed by Mountains, is coming to PC and Switch on February 13.

The game, originally released in 2018, has won several prestigious awards, including a Webby award for Best Game Design and Best Mobile Game at both the BAFTAs and The Game Awards. It was also included in TIME‘s list of the 10 best games of 2018.

Up until now, Florence has only been available on mobile platforms, having debuted on iOS on Valentine’s Day 2018 and a month later on Android.

Introducing a new audience to Florence

The story-driven game follows the titular character, Florence Yeoh, as she starts up a new romance with a man name Krish. The story is told through a series of simple touch-based minigames, as Florence experiences both the joys and heartache of falling in love.

Despite winning over critics, Florence failed to become a runaway commercial success. Director Ken Wong has described sales as being simply “okay,” and it seems likely that the move to PC is an attempt to squeeze some more revenue out of such a well-regarded game.

It remains to be seen how well the mobile title’s touch controls will translate into the mouse. The move from phone screens to laptops or desktops can be rocky if the port is not handled with care.

Publisher Annapurna Interactive has developed a strong reputation for delivering powerful and emotive story-driven games. What Remains of Edith Finch, from developer Giant Sparrow, is considered by many to be the pinnacle of the walking simulator genre, while Mobius Digital’s Outer Wilds was one of the most celebrated surprise hits of 2019.

Florence is not a particularly long game, taking only around half an hour to complete, so it remains to be seen how satisfied PC gamers will be with the title — especially considering its $5.99 price tag. While Annapurna describes the game as “short but meaningful,” gamers have a history of complaining when an indie game leaves them wanting more.

The first 10 minutes of Doom Eternal are gloriously gory