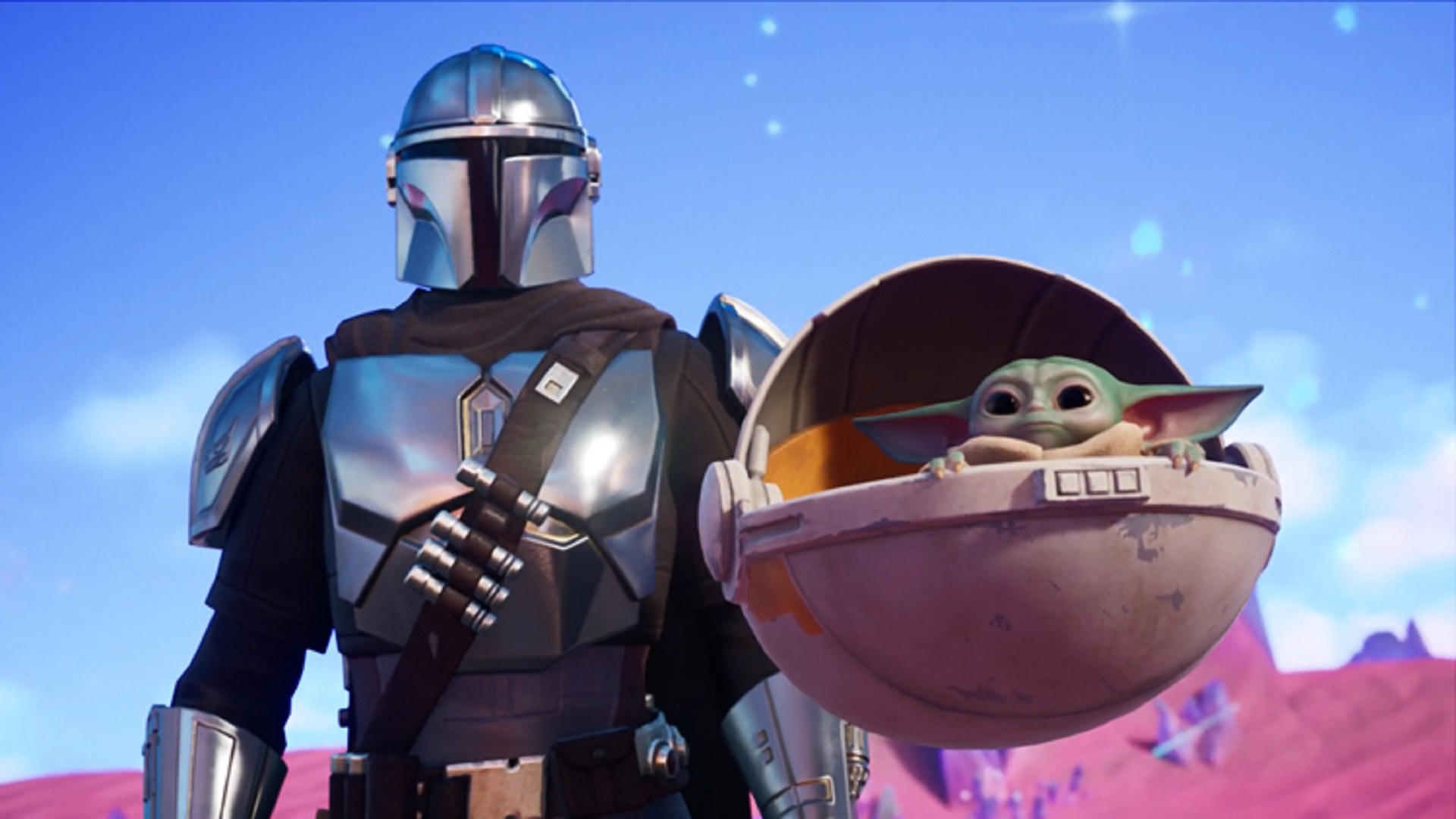 Fortnite has brought the world of Marvel, DC, Star Wars and more to the battle royale. Also, clues are pointing to another crossover which appears to be with the Predator franchise. However, some of the cosmetics have become problematic. Recently, the customizable superhero skins have come under fire as they have been accused of being pay-to-win. This is because players were making their skins fully black, allowing them to lurk in the shadows during matches. However, a new bug has demonstrated the complete opposite. The Child back bling, better known as the Baby Yoda back bling, has been been accused of being a pay-to-lose feature by the Fortnite community. Increasingly, this has caused frustrations among players who have earned the cosmetic.

A Fortnite fan posted a clip on Reddit, demonstrating the issue. As you can see, the Baby Yoda back bling blocks half of the screen when the player aims down sight. This is a significant problem as it can prevent you from getting kills and hinder your chance of getting a victory. It appears that nothing can be done to improve the camera viewpoint. Further into the Reddit thread, additional players also shared their frustrations and similar experiences with the item.

Baby Yoda does not seem so cute anymore

Unlocking the Baby Yoda back bling is not a simple task to take on. You have to reach level 100 on the battle pass which means completing challenges and grinding the game as much as possible. Understandably, players are disappointed to discover that their high level reward is in fact broken.

Currently, Epic Games has yet to respond to the problem. Until then, you may want to avoid using the Baby Yoda back bling in your Fortnite matches for the time being. You can keep track of the bugs and glitches that the developers are working on by using the Fortnite Trello Board.

You can’t see where you’re aiming at all when using The Child pet sometimes, either make him see-through when aiming or move him more to the left, please get this to the frontpage so Epic Games can see this. from FortNiteBR