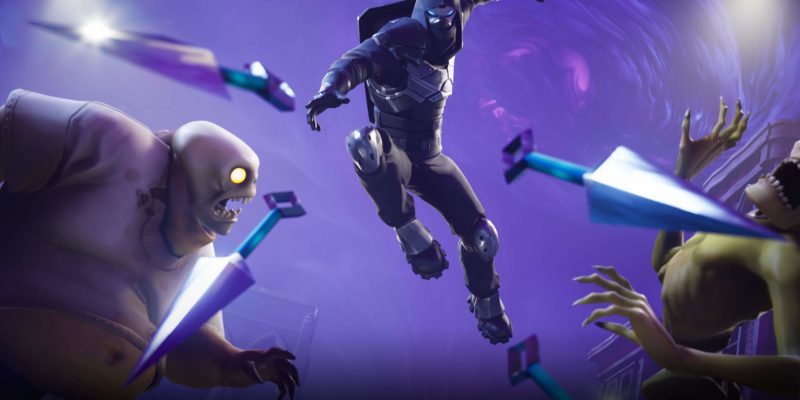 The beginning of Fortnite Season 6 is just around the corner. As always, fans are eager to find out what Epic Games has in store for the new season. Following a recent teaser video, fans believe a new shotgun that features in the Save the World game mode could be coming to the battle royale. This is known as the Black Drum shotgun in Fortnite.

The image of the gun appears twice during the teaser video. Then, a Fortnite data miner was able to combine the two images together. The end result was an image that showed a strong resemblance to the Black Drum shotgun. Also, it does have the unique features such as the metallic look, alongside the metal spikes. If the Black Drum is set to arrive in the Fortnite battle royale, there is no doubt that it will be extremely popular. If the weapon stats follow those of Save the World, the shotgun will prove to be highly lethal. The damage to a player is 15.7, the reload time is 2.8 seconds, and it has a magazine size of 10.

Could the Black Drum shotgun be released in Fortnite Season 6?

Fortnite players are always welcoming of brand new weapons. If it does arrive in the battle royale, it is unknown if it will be floor loot. Perhaps it may be a weapon that you have to purchase at an NPC. Fortnite Season 6 is set to launch on March 16, so there is not long to wait until we find out more.

Meanwhile, there is still time to complete your battle pass before Season 6 arrives. There are various challenges for you to complete to rack up some XP. The challenge that will earn you the most XP pertains to dueling various characters around the map. You can earn 55,000 XP for engaging in a duels with five characters and you can carry on earning 22,000 XP every five times until you reach a total of 25 duels.

How to use the JOKR launcher as a kill streak in Call of Duty: Warzone