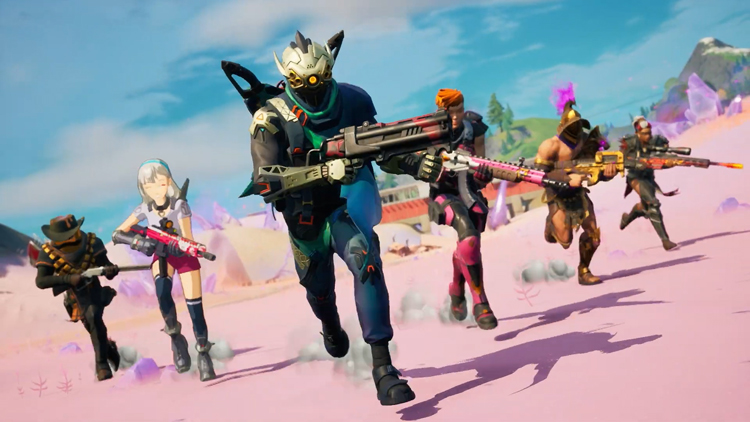 Chapter 2 Season 4 of Fortnite was a long one, but the finale event was nothing short of spectacular. Epic repeatedly teased that the world-eating behemoth known as Galactus would appear to threaten the world and that was exactly what happened. The event recruited players in a battle that involved piloting the Battle Bus in an approach on Galactus. Players dodged drones, engaged in Deathstar-like trench runs, and finally vanquished the titan back to another dimension. However, the powers of Galactus left the world of Fortnite changed forever, which ultimately culminated in the beginning of Chapter 2 Season 5. If you missed the event, you can check out the full recording on YouTube.

As for the ongoing narrative in Fortnite (which isn’t anything particularly sequential or cohesive), we return to the office of Agent Jones where we learn that the Zero Point has become exposed by meddling of Galactus. For those who are not up to snuff with their Fortnite lore, the Zero Point is the very same black hole that caused all of the ruckus at the end of Season 10.

Jones is tasked with containing the potential threat and ensuring nobody escapes “The Loop.” However, things aren’t ready to end on the island anytime soon. In fact, things are just getting started. As a final note about the story, you can see the trailer on YouTube, but you will need to watch it again the first time you log-on to play Fortnite in Chapter 2 Season 5.

The next battle pass

Just like with every other season, Epic does its best to switch up what’s available in the game to buy. Traditionally, the battle pass offered the most bang for your buck, but subscriptions are the new value meta in Fortnite. There still plenty of reasons to pick up the battle pass though. For one thing, the Mandalorian from Disney’s hit Star Wars show is available along with Baby Yoda (as backpack bling). You can earn plenty more cool character though including a Roman gladiator, an anime girl that looks out of Genshin Impact, and a slew of fierce hunters. There’s plenty of alternate appearances to go around, in addition to the usual associated cosmetics. The battle pass seems fine, but it’s nothing you haven’t seen before. If you like the skins, you will like the battle pass. Check ’em out below.

Speaking of hunters, that’s your new title as a player in Fortnite Chapter 2 Season 5. While the battle pass isn’t introducing much innovation this time around, there’s a lot of new gameplay elements to talk about. The map features 4 new named locations for you to discover. That includes a huge Roman arena, a jungle, and of course, the crystalline desert that now occupies the center of the map. There are also multiple smaller locations that will make the map feel more dense overall. While we certainly have grown to expect map changes throughout the many seasons, Season 5 seems to double down on things.

Your role as a hunter ties in with the narrative a little bit. There are now bounties for you to engage in and NPCs to interact with. You can take on their quests, recruit them, or choose to fight them to claim different rewards. Not only will this make the game a little more casual, but also add opportunities to get the new mythic weapons. 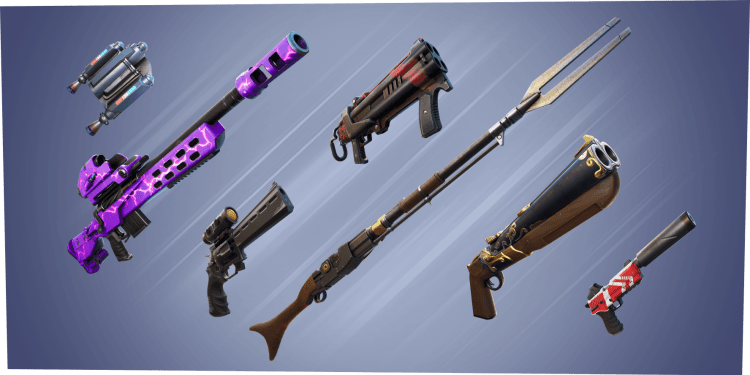 It seems there are at least six new weapons to try out in Fortnite Chapter 2 Season 5. They include the Mandalorian’s Amban Sniper Rifle, a sniper that lets you track enemies, a flame-belching shotgun, and more. Some of the weapons look visually familiar like the double-barrel shotgun, but we can likely expect a twist on the capabilities. The jetpack is also back by the way. Perfect for Mando.

Bounty hunting is a complicated profession

The weapons sound welcome, but the way you will earn them is different than previous seasons where you had to break into vaults or defeat boss NPCs. You will need to accrue gold bars from your quests to pay for these premium firearms. Don’t worry though. Once you complete a quest, the bars are automatically rewarded. You can then go shop with an NPC to spend them the ways you want. As for what exactly you can buy, it seems you can get the weapons, intel on enemies, and services. We’ll have to do some more exploring though to find out what all awaits. 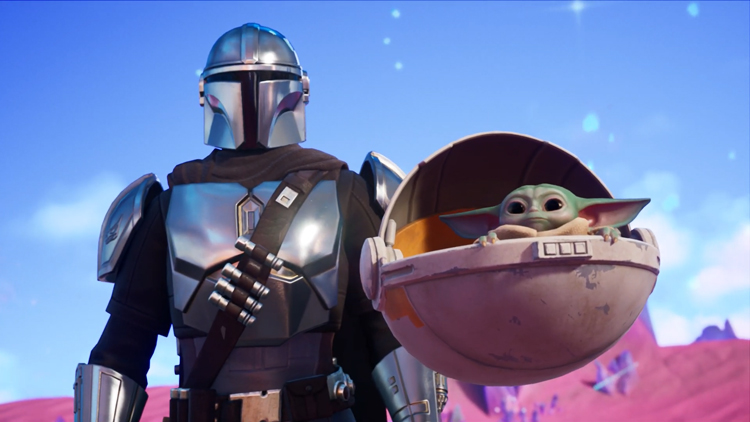 As for other basic gameplay changes, it seems some classic weapons have been unvaulted. You can also farm the pink crystals and consume them to gain temporary teleportation powers. Epic Games also promises more additions will arrive throughout Fortnite Chapter 2 Season 5 which include new hunters, weapons, and more. An imminent Christmas event doesn’t seem out of the question either.

If you’re just now jumping in to Fortnite Chapter 2 Season 5, we now have a guides and features hub that breaks down all of the important new mechanics that have been added to the game. If you plan to put some hours into the game in the coming weeks, you will definitely want to catch yourself up to speed with all of our tips and tricks we’ve discovered.

Total War: Warhammer II – The Twisted & The Twilight: Is it worth it?