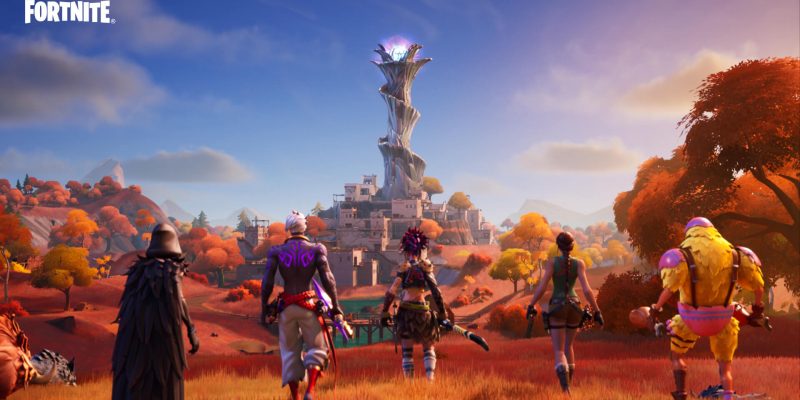 Data from a new Fortnite patch has suggested that its PvE mode, Daybreak, may arrive soon. According to a Eurogamer report, files found in Fortnite patch 16.40 describe a fight for survival as dangerous creatures flood the island at night. Daybreak mode appears to have been in development for some time, which means that it may join the battle royale any day now.

As the mode’s description notes, players wake up on the Fortnite island “alone and unarmed” with a bad case of memory loss. They’ll have to find “weapons and ammunition before night falls and creatures begin to roam the hillside, hunting for prey.” Players can also find each other on the island and team up to eliminate dangers. The goal is to find “parts that can be used to repair one of the downed helicopters” and escape before a storm arrives on night three.

Fortnite dataminer Hypex previously managed to find some images of the Daybreak mode map. Island familiarity won’t help players here; the PvE apparently takes place on a completely different map than the main game. The images, shown below, feature several forest areas and hideouts. However, like the main game, Daybreak looks like it will still include crafting mechanics. That totally makes sense, since crafting is key to most survival modes.

According to Epic Games' Stipulated Exhibits Documents, the map that i tweeted about a week ago is apparently for an Open World Simulation Sandbox Mode! pic.twitter.com/pS0uKbocTQ

The return of Fortnite PvE

Fortnite is no stranger to PvE. A few years ago, the Fortnitemares Halloween event had players facing off with Cube Monsters to obtain brand new weapons. Of course, there’s also Save the World mode, Fortnite’s survival co-op campaign. In this mode, players work together to battle zombies after a deadly storm destroys part of the world’s population.

There’s no telling when Epic Games plans to officially announce and release Daybreak mode in Fortnite. However, a release in Season 6 would make the most sense, considering the season’s Primal theme. A mode where players fend against the season’s animals is certainly fitting.