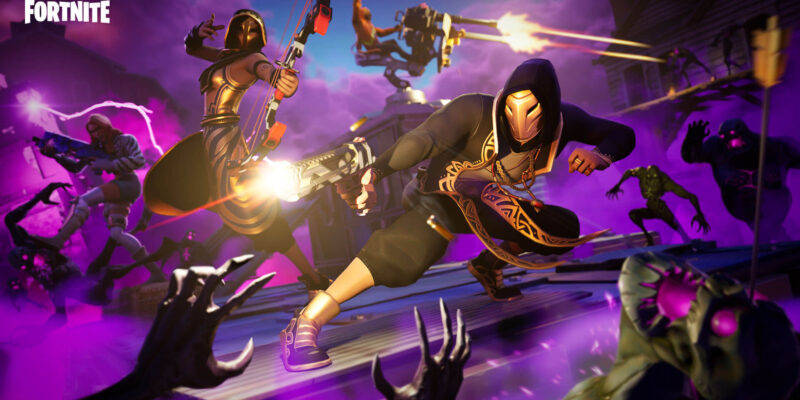 The prominent Fortnite leaker named HYPEX shared details of the Horde Rush mode on Twitter. Reportedly, the mode will have Obelisks Chests which have a chance of granting you powerful weapons. Also, some items can make you invisible to the zombies. You and your team will also automatically heal and revive after a wave of enemies have been eliminated.

Perhaps the most interesting aspect of the Horde Rush leak is that zombies will have different abilities. Different zombies will allegedly be able to freeze you, explode, use poison, and have more strength. Once you have battled your way through waves of the undead, there will allegedly be a final boss. Therefore, you will have to make sure you are well equipped to take them down.

Although Horde Rush was primarily a team game, players could battle it out to achieve the highest score in their squad. Features such as the addition of score multipliers will reinforce this competitive element.

Since the Horde Rush mode has not featured in Fortnite since 2019, players may be pleased if Epic Games brushes off the dust and reintroduces it to Fortnite. At the time of writing, it is unknown what rewards players will receive this time around. However, we may receive some confirmation when Season 8 rolls out in September.

Here's everything you need to know: pic.twitter.com/6qkDLbRgOS

Godfall: Fire & Darkness — Is it worth it?