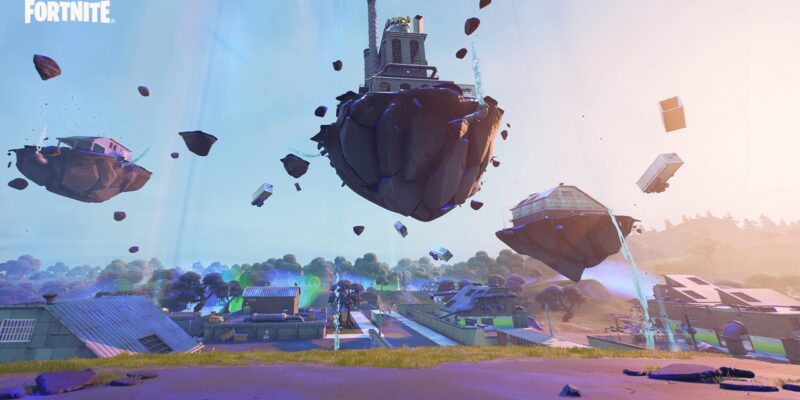 With the Fortnite v17.30 update, even more content has been introduced into the game. Players are getting ready for the Rift Tour, and a new weapon named the Grab-itron has been released. Alongside these developments, the previously leaked point of interest abductions are getting started.

The Grab-itron is the latest alien weapon to be added into the mix, and it is certainly versatile. The primary purpose is to grab an object and pull it in. Then, you are able to throw it at an opponent. The amount of damage the object will deal is dependent on its size, the material it is made out of, and the speed in which it is launched. You can also use grabbed objects to block incoming damage from the front. This will last until the object is too weak and unable to take any more damage. Finally, you can use the Grab-itron to catch explosives that are coming your way and throw them back to your opponent.

The abductions have begun

Next, the aliens have started their plan of taking away some points of interest. It appears that they are beginning with Slurpy Swamp, and the mothership is breaking it up as it ascends. Ultimately, you can now adapt your strategy at Slurpy Swamp with the presence of the low gravity beam creating different platforms. As noted by Epic Games, the abduction will be a slow process. Therefore, you will have to check back at Slurpy Swap to see it progress.

Finally, the Fortnite v17.30 update has rolled out a new limited-time mode. Known as Team Brawl, your team has to be the first to reach 60 eliminations to win. If you die, you will spawn straight back in and dive to the ground, rather than skydiving. Every time you spawn, you will be given a new loadout to use as you compete for the victory royale in a single point of interest. Notably, if the opposing team is too far ahead, all players in that team will be marked and visible behind walls until the lead diminishes.