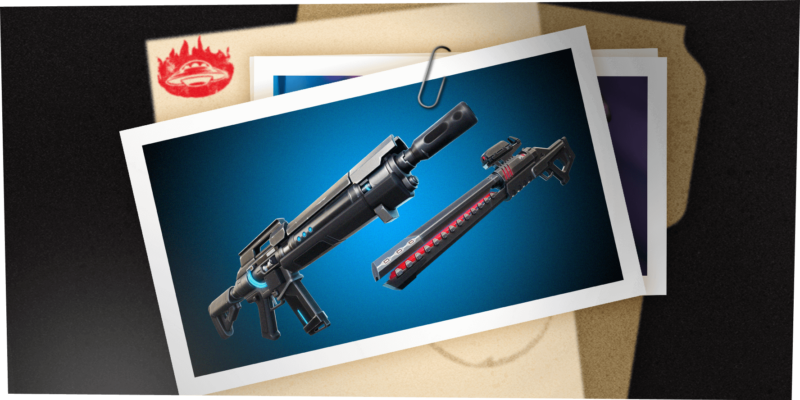 Fortnite Season 7 is well underway. Throughout the season, players have been completing weekly challenges to level up the battle pass, boarding the mothership, and much more. Already, players are looking ahead to what the next update could entail. Well before Season 6, it was leaked that weapon mods could be available to use in Fortnite. However, it appeared that this was not the case when the crafting feature was introduced instead. If you were in favor of the addition of weapon modifications, the idea may have not been shelved after all.

The prominent Fortnite leaker known as HYPEX just shared some new information on weapon mods in Fortnite. The leak states that weapon mods will be findable items. The spawn rates of the mods are not yet known. Also, opening your inventory will reportedly show the mods that you can put on each weapon. As expected, equipping a mod will give weapons different properties and may impact bullets, too. If you do not want to use a particular modification, it is thought that you can simply drop it.

When will weapon mods roll out in Fortnite?

At the time of writing, it is unknown if and when weapon mods will arrive in Fortnite. HYPEX suggests that the developers could have the feature planned for a special release due to how big it is. Therefore, it may not even release during Season 7. Without confirmation from Epic Games, we will not know for certain. It will be interesting to see when weapon mods show up in the game. Meanwhile, Epic Games is adding another feature that will be welcomed by fans. An inventory sorting system is coming soon which will allow your weapons and loot to automatically go into your preferred slots as you pick them up, saving tedious sorting and valuable time.

The Weapon Mods feature is still not scrapped, and it wasn't crafting:

The Warzone gas bug is back and is eliminating gulag winners