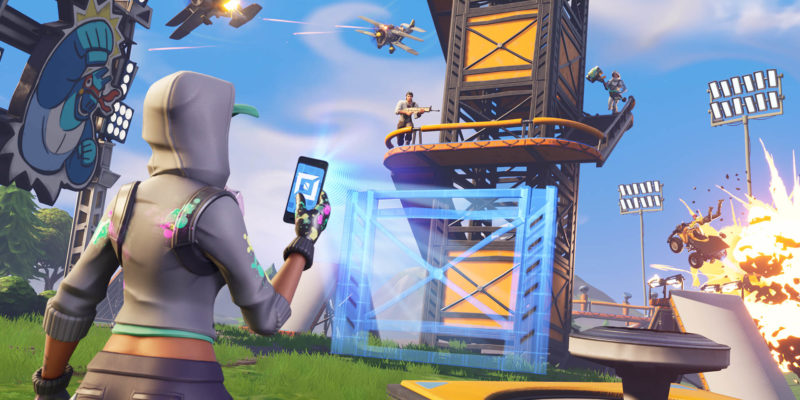 Fortnite is still chugging along as a popular free-to-play battle royale in late 2020, and Epic’s constant stream of updates has a lot to do with that. In the latest Fortnite update, the developers tackled the outstanding issue of bloated file sizes. Over time, the game grew to a staggering 90 GBs of required hard drive space. Although, that pales in comparison to some of its competitors such as Call of Duty: Warzone and Apex Legends. Fortunately, Fortnite players have a lot less to worry about now, since the latest update shaves 60 GBs off of the storage requirements.

It goes without saying that Epic Games has impressed once again with its mastery of performance and optimization know-how. The developer shared the news via Twitter and also stated that the game would undergo a period of scheduled downtime. This is fairly common practice for Epic, but the downtime likely had a lot to do with the Halloween “Fortnitemares” update, too. Things are back up and running now though, and indeed the file size of Fortnite sits at just 26.3 GBs.

So there you have it. Epic has somehow managed to add new seasonal content and cut over 66% of unnecessary storage volume off of the game. The developer also noted that players will experience faster loading times and smaller future patches. More developers could certainly take some notes from Epic, as popular games like Call of Duty: Modern Warfare/Warzone can’t even fit on 250 GB hard drives these days. It’s true that games will continue to grow inherently larger as texture file sizes increase and storage becomes cheaper. However, players certainly appreciate being able to keep large libraries on hand.

At any rate, you can no longer blame the file size of Fortnite for your lack of disk space. Better yet, the next time you rage-uninstall the game, it will be easier to get back up and running the next day.

Fortnite is currently on Chapter 2: Season 4, which is all about Marvel superheroes. You can find plenty of fan favorites in the shop and battle pass at the moment. There’s also a horde of zombie and spooky-themed skins available in the shop.