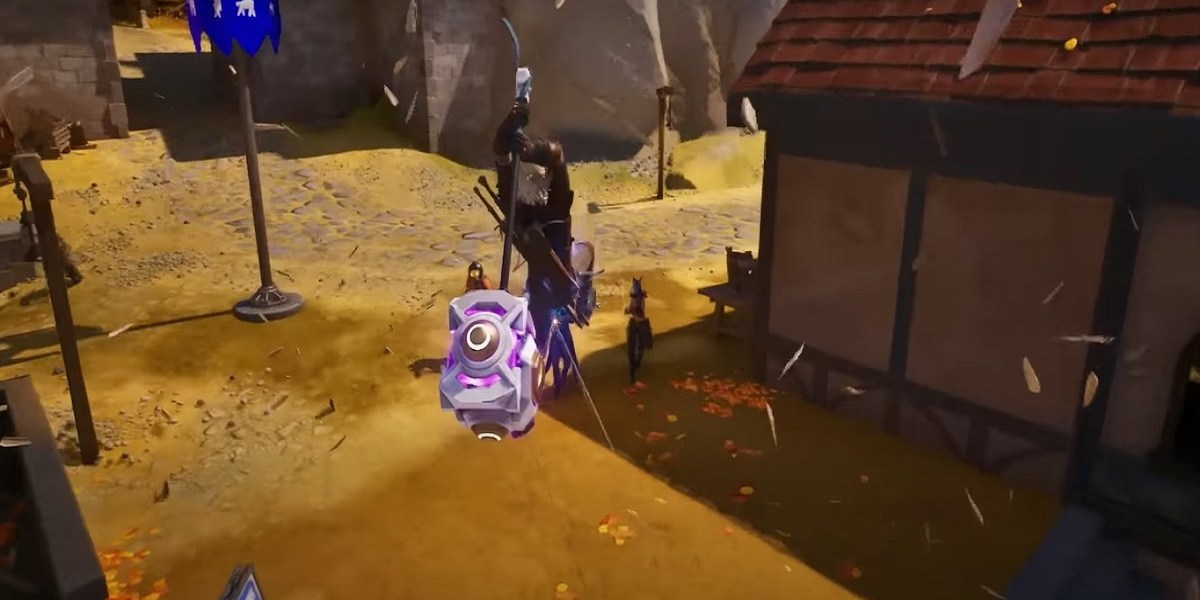 Fortnite Chapter 4 Season 1 added a range of new content to the island. The addition of Reality Augments allows you to pick up some perks during your match, there is a new set of NPCs roaming around the map, and much more. As always, new weapons were introduced to kick off the latest chapter, including the Shockwave Hammer. From day one, the Shockwave Hammer has been quite divisive, with some fans arguing that it’s too powerful and some pointing out that it doesn’t work as it should. Recently, Epic Games temporarily disabled the weapon due to an infinite bounce glitch. It appears that the Shockwave Hammer is still causing problems and a bug is even costing that all-important Fortnite victory.

When the Shockwave Hammer was reintroduced back into the loot pool, it was given a small nerf. The bounce charges were decreased from four to three, but it’s still causing a stir among the community.

Reddit user amazon_Pikachu attempted to get the final kill and win the match in style by slamming down the Shockwave Hammer on the enemy. Instead of eliminating the opponent, the Shockwave Hammer actually launched the player backwards and into the storm. As a result, the player was killed upon landing and had to stomach the second place finish.

At the time of writing, Epic Games hasn’t commented on the Shockwave Hammer bug in Fortnite. If the issue becomes a lot more widespread, we could see the weapon be disabled for a second time. For now, when you pick up the Shockwave Hammer, you’ll have to keep in mind that it isn’t the most reliable weapon in the game.

It will be interesting to see if the Shockwave Hammer sticks around for the launch of Chapter 4 Season 2 which is expected to be in March.

I must have overclocked my hammer from FortNiteBR