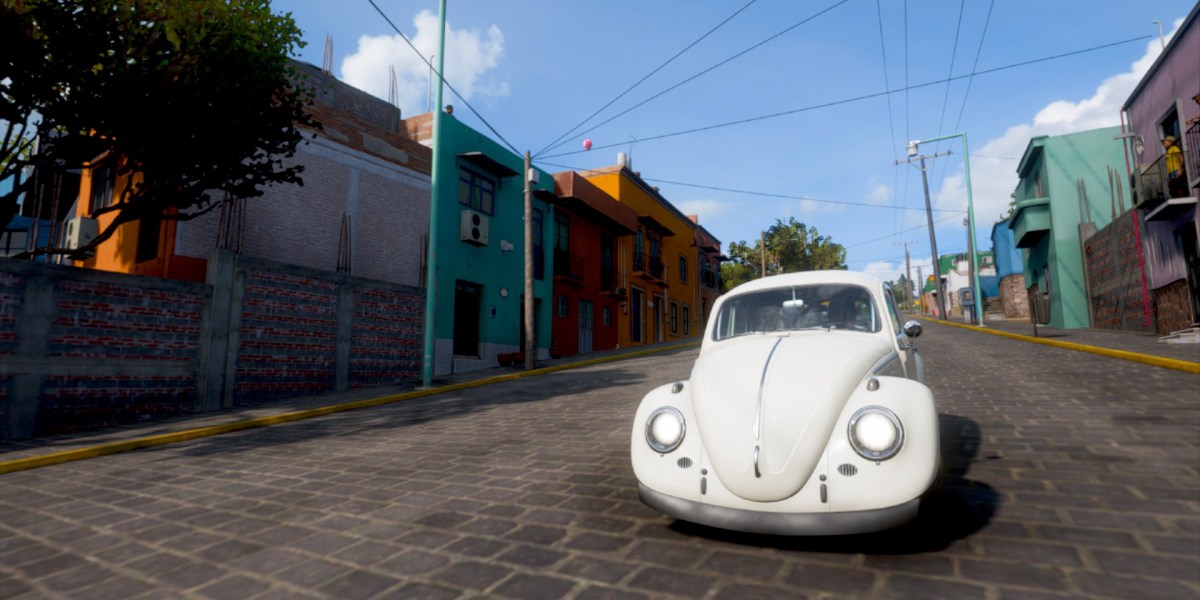 When Forza Horizon 5 was initially revealed back at E3 2021, I was absolutely floored to see that Mexico was the location of choice for the new title. All of the Horizon entries of the past have adopted a formula of taking a real-world locale and putting an interesting twist on it by throwing in some of its most popular spots and squishing them together in a condensed, but still very open map. As the series has matured, the design of each map has steadily improved, growing larger and more complex in each new entry. By far, Forza Horizon 5‘s rendition of Mexico, with its Spanish culture, is Playground’s most dynamic and densely designed series locale yet.

But, it’s not just big and beautiful. It’s surprisingly authentic, and for me personally, it struck a really tender chord. It’s allowed me to enjoy the flare of Latin America again.

Back in 2016, I moved away from my home country to settle in Ecuador, which is a part of South America. Now, yes, Ecuador is quite far from Mexico. However, the main thing that they do have in common is that they were both colonized by the Spaniards long ago. In fact, Ecuador was colonized just one year before Mexico was in the 1800s.

With this shared history, both countries have developed their own unique spin-off from Spanish influence in modern times. Even so, that very influence is still strong in both countries. Aside from the obvious carryover being the Spanish language, there’s also the overall culture: the music, the lifestyle, the architecture, etc. And it’s these particular traits that Horizon 5 gets to show off in its rendition of Mexico.

Seeing the beautiful multicolored buildings of the game’s version of Guanajuato took me right back to my days of walking around Cuenca, the city I lived in for my two year tenure in Ecuador. The architectural similarities are striking with Spanish Colonial style still going strong in both countries even after all these years. 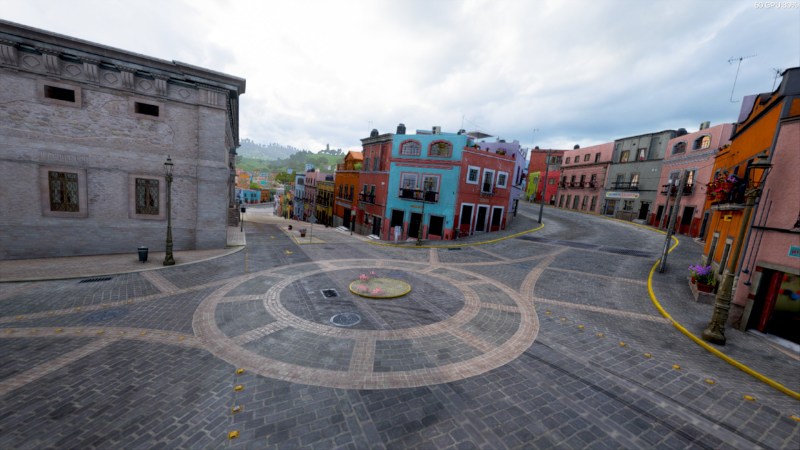 The series of rectangular walls, flat roofs, large wooden doors, tall gates and fences, brick walls, cobblestone roads; it’s all similar. Seeing this style in Horizon 5 brought me back to my days of walking to-and-fro around Cuenca, a place I called home. I absolutely loved being in that atmosphere, and always admired the beauty of the buildings and the surrounding mountainous terrain.

On top of all this, back in 2019, I was on a cruise that stopped in San Juan, Puerto Rico; another former Spanish colony. Just like Cuenca, the architectural stylings of the colonial era are still very much present. It made me love the island even more, all because it reminded me of my second “home” back in Ecuador. 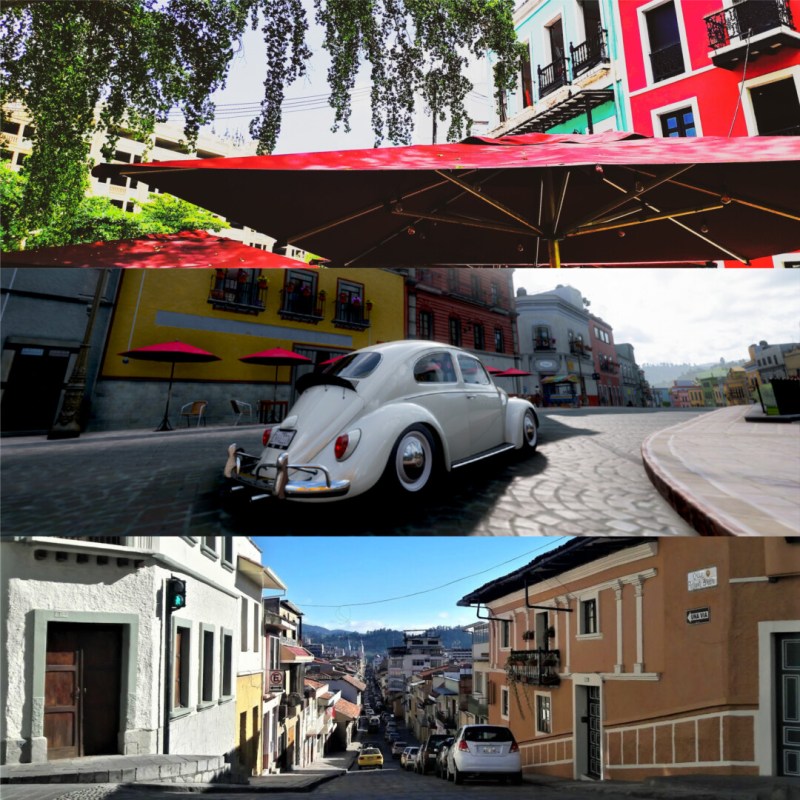 Me having these feelings isn’t just because I can actually relate to the locale that Horizon is occupying this time around. Just from a complexity perspective, Horizon Mexico is truly a massive world. The map features both the Pacific and the Caribbean coastlines, along with miles and miles of all of Mexico’s biomes in between.

There’s the beautiful rock formations of Copper Canyon to the north, the ancient lost civilizations hidden in the jungles and swamps to the south, the wide-open countryside consisting of rolling green fields in the center, and the gem of the ball: La Gran Caldera volcano, which stands mighty and tall to the northwest, visible from any corner of the map. Climbing to its peak allows you to see miles off into the distance, with the game’s engine still managing to render all of the important details, despite some of them being over 30+ miles away.

In addition to its sheer scale, Horizon 5’s rendition of Mexico is just plain dense. Every last one of its biomes and regions have been outfitted with gorgeous texture work, brought even more to life with the revamped lighting and particle effects. Similarly, Ecuador also has swaths of jungle that I’ve visited and mighty mountain ranges that I lived in.

During my time in South America, I also lived in Lima, Peru for several months. Lima sits at the edge of a desert, which also allowed me to relate to jumping over the massive dunes of Horizon 5’s version of the Mexican region of Baja California. Yet another callback came in the form of seeing Horizon 5‘s Playa Azul, a quaint little town on the Caribbean coast of the map to the east. For some reason, it seemed familiar to me. Then, it hit me — it looks just like Mancora, a similarly small coastal town in Peru that I visited in 2016. Again, Playground obviously did their homework. 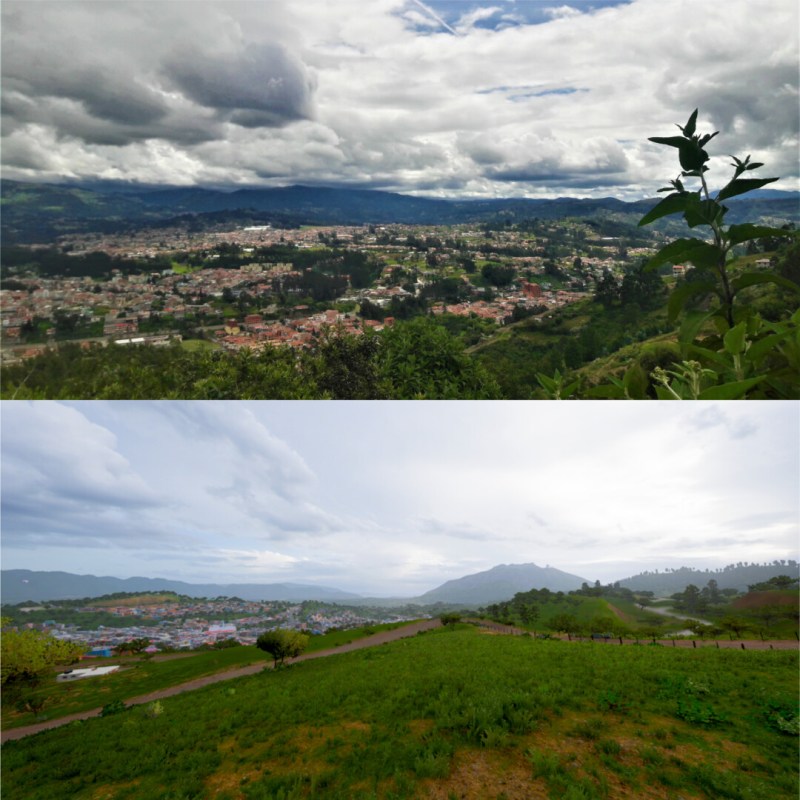 It’s one thing to play through a game world that happens to be beautiful, but when it’s this detailed that you can connect it to real life experiences, you know it was designed well.

But, again, even taking my personal experiences out of the equation, I’m still impressed by how well Forza Horizon 5 captures Mexico as a country itself. More so than any of the other entries, it feels like Playground really wanted to bring the locale to life and make players feel truly grounded in the game’s universe. The increase in map size isn’t arbirtary. Every inch of it is filled with believable, purposeful details. Then there’s the cast of characters who mostly consist of native Mexicans, passionately telling you stories of the country and their own lives. Just as much as this feels like a wild open-world racer, it also feels like a casual Nat Geo documentary (not to mention that one of the characters you interact with regularly is a scientist, and another is a nature photographer).

With these factors, Horizon 5 feels like a digital postcard of Mexico rather than the country just serving as a pretty backdrop. And considering this is just the main package, I’m extremely eager to see where the two planned expansions will take players next. Nevertheless, Playground’s scenery designers should be commended for their efforts. While every Horizon title has put on an impressive show, Forza Horizon 5 reaches new heights both literally and figuratively to make its virtual world feel authentic. No doubt, it’s done that with flying colors, and flying cars.