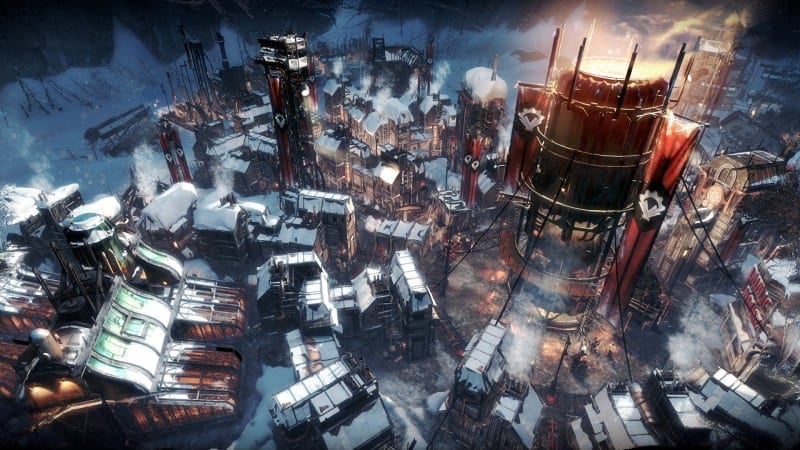 Those who enjoy steampunk, city-builders, survival games, and moral-centric games should be familiar with Frostpunk whether they’ve played it or not. Developed by 11 Bit Studios, it broke the ice in 2018 and made plenty of headlines. If you’ve heard the name, but have yet to try it, now’s your chance. The Epic Games Store is giving away Frostpunk for free this week. You’ll have until June 10 at 11 AM ET to claim it. Just like with all Epic Games Store giveaways, it will be yours to keep forever and can be downloaded later at any time. That means you can either play it now while it’s hot as heck outside or wait until next winter for that authentic experience.

Frostpunk involves keeping a British civilization alive in the harsh conditions of what is presumably the North Pole. Why they went further north after the onset of a new ice age is a mystery to me, as it seems they decided to seek out a source of geothermal heat. I’d just go to like Java, or pretty much anywhere else. Anyways, that’s the situation you’ll be in. There will be plenty of difficult decisions to be made if your people are to survive. Some will have to go hungry, some will die, others will betray you, and so on.

Ice survived, but my humanity did not

That’s right, you can be the bad guy so Tony Montana doesn’t have to. Or you can be the good guy and try to restore a sense of normality to the world, providing a high quality of life to your people. There are also be plenty of technologies, structures, and supply chains to manage. If you’re feeling adventurous, you can even strike out into the wilds to see what else lies beyond. There’s a full campaign in Frostpunk to experience, and it’s hard to say no to that considering it’s free.

Epic Games has been playing coy with us the past few weeks, so we don’t know what’s next on the agenda. Seeing how we’re about to be in the midst of E3, there are clearly going to be some big surprises and giveaways on the Epic Games Store. Ever since the company gave away GTA V, I’ve figured anything could be possible. You’ll just have to check back next week to see what the big surprises are all about.

Warzone hackers are now changing the appearances of their operator skins

Astalon: Tears of the Earth review — To be almost ruined by ash