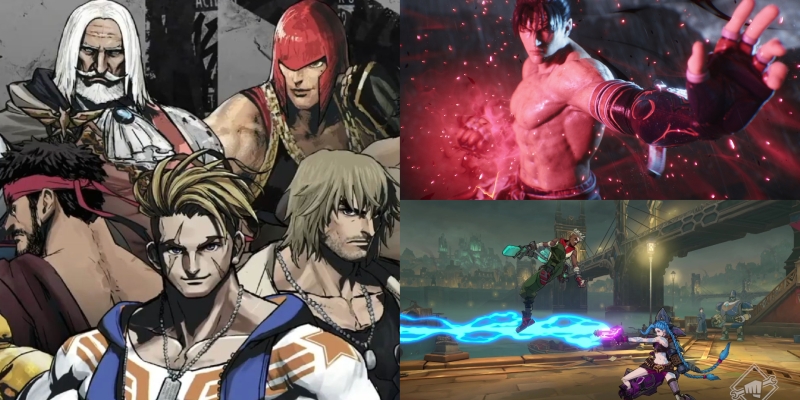 Fighting games have always been a more hardcore and niche genre within video games. Most players have tried one at some point or another, and likely enjoyed mashing buttons to see which of their friends would emerge victorious. The unfortunate truth about fighting games is that as the arcade scene has diminished over the years, and outsiders looking in may have assumed that the fighting game scene is facing a similar decline. However, that couldn’t be further from the truth: the future of fighting games has never looked brighter.

Now, more than ever, there are a range of fantastic-looking fighting games on the horizon, and each one has the potential to push the genre forward in exciting new directions. Combine that with the advent of systems like cross-play and rollback netcode, and you should feel pretty optimistic about what’s heading our way.

It’s no secret that Capcom dropped the ball when it came to the launch of Street Fighter V. The most famous and influential franchise in the genre released a new numbered entry as a barebones package with minimal single-player content, limited roster, and an overall unfinished feel. It took years for the studio to right this wrong, but for the more casual players, the damage was already done. In the time since that unfortunate release, Capcom has turned the ship around for almost all its other major franchises. And now it looks like that magic touch is about to reach Street Fighter.

All of the footage released for Street Fighter 6 thus far looks incredible. The Reach for the Moon Engine (RE) is putting in overtime as colorful characters with detailed facial expressions, smooth animations, and a wonderful urban art style combine to create a visual package that feels distinct and fresh. The new drive gauge system feels like a smart way to congregate many of the mechanics introduced in recent Street Fighter entries into a more cohesive and all-encompassing meter, but it also leaves plenty of room for depth. 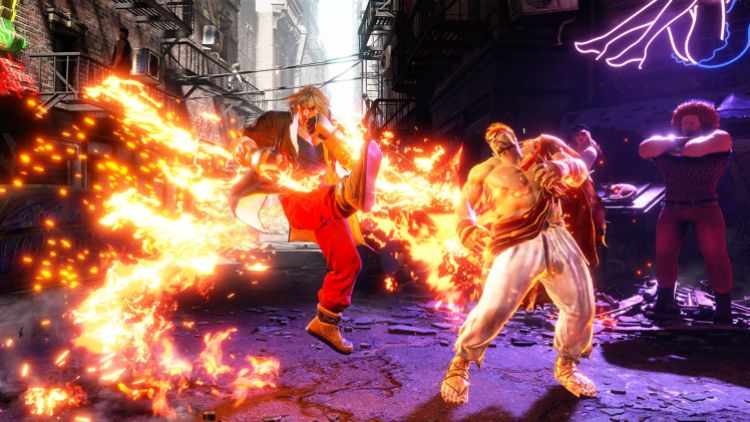 That depth is even more apparent when looking at new and returning characters who appear to have more moves at their disposal than ever before. The World Tour mode appears to be a single-player fighting RPG in the best possible way. And the online battle hub could hopefully replicate the feeling of being in an arcade. Fun game modes like Extreme Battle, which introduces random modifiers like charging bulls, and the attention to detail with each character having references to past games in their poses, clothing, and actions, indicate that Capcom is going the extra mile to turn Street Fighter 6 into a complete package.

Tekken 7 has been out for a very long time. The game was originally an arcade exclusive title for just over two years before it appeared on PC. As a result, the game looks a little dated now when compared to more contemporary games in the genre. That said, Tekken 7 still nails its fundamental combat and provides a ton of meaningful content for players who enjoy both single- and multiplayer offerings. Tekken 8 has the potential to take all of that to the next level. 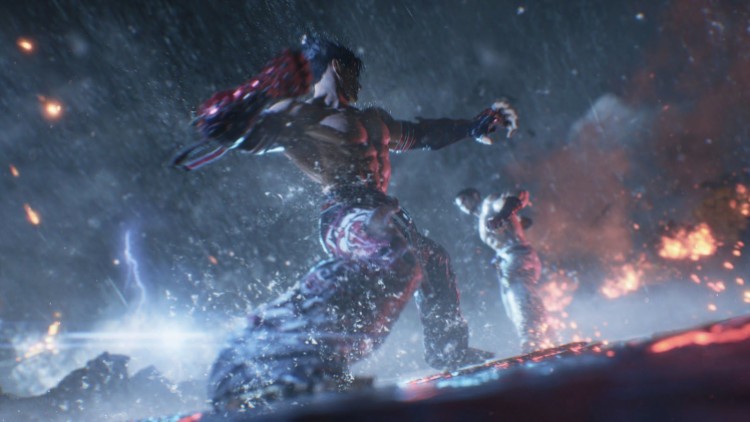 The King of Iron Fist Tournament has never looked so good. Tekken 8’s recent in-game teaser showcased a cinematic battle between series leads Kazuya Mishima and Jin Kazama. General producer at Bandai Namco Entertainment, Katsuhiro Harada, went on record to say that the impressive display was captured in-game in Unreal Engine 5. Beyond its presentation, it seems like the two central characters have their familiar moves back, while Jin is sporting a new look that resembles some of his classic outfits from earlier games. At the end of the trailer, Jin uses an impressive special attack that could suggest the return of the Rage Arts mechanic from Tekken 7.

Knowing how packed full of characters, clothing customization, and modes Tekken 7 was makes it easy to imagine that Tekken 8 will provide a substantial amount of content when we eventually see more of it.

Riot has been trying to expand the world of Runeterra, aka the League of Legends universe, into more diverse genres and offerings — and one of the most exciting of these is Project L. While haven’t seen much of it just yet, the details that have been revealed and the few glimpses of gameplay have been tantalizing. Project L is a free-to-play, 2D tag-team assist-based fighter. As it is set in the League of Legends universe, it will boast a roster of beloved characters like Jinx and Ahri. It even looks to be capitalizing on the recent success of the animated show Arcane by including characters featured in the Netflix series. 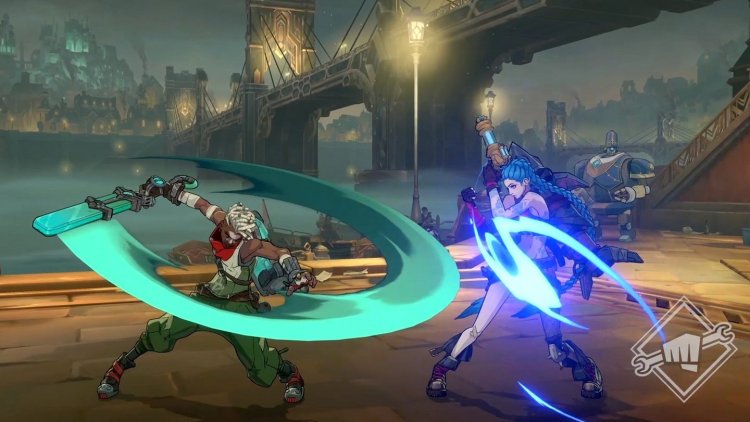 The small gameplay teasers thus far have demonstrated a game with fluid mobility options and flashy attack animations. However, what makes the idea of Project L most exciting isn’t just its affiliation with League of Legends, but the people working on it. Project L is being helmed by brothers Tom and Tony Cannon, the original founders of the Evolution Championship Series (EVO). EVO is the biggest annual fighting game tournament in video games. Even more impressive is that the duo created GGPO, a program used to implement rollback netcode into fighting games. The advent of rollback netcode has been a game changer for the reduction of online lag and latency in multiplayer matches, and that means that at the very least, fans can expect Project L to provide a smooth online experience.

The Mortal Kombat series is consistently one of the best-selling fighting games in the genre. NetherRealm can boast that it has more mass appeal than most other developers in this space, and its next project could be its biggest yet. The team that brought players Mortal Kombat 11 and Injustice 2 has been the subject of plenty of rumors when it comes to its next game. Reports claim that the studio is simply working on the next iteration of Injustice or Mortal Kombat, but some of the spicier rumors suggest that Ed Boon and his team could be creating a Marvel or a Marvel vs. DC fighting game. NetherRealm has become known for having extremely impressive single-player story modes that offer enjoyable cutscenes and plenty of playtime. Beyond the story, its games also feature plenty of additional modes for added replayability, such as the Krypt in Mortal Kombat 11, and the multiverse in Injustice 2. All told, it’s a studio that hasn’t let fans of single-player content in fighting games down, and imagining what it could do with a Marvel license sets the imagination racing.

A large cast of fan-favorite characters could be used to tell NetherRealm’s own reimagining of any famous Marvel Comics storyline. Alternatively, the studio could create an original tale as it did with the Injustice series. If the game turns out to be a Marvel vs. DC fighter, then the potential variety in characters, storytelling, and modes could be off the charts.

There’s no denying that Arc System Works has been on a role in the last couple of years. Major fighting game releases like Dragon Ball FighterZ and Guilty Gear Strive have captured the hearts of the fighting game community. The studio is perhaps more popular and well known than it has ever been. With the recent news that it wants to be more open to collaborations with existing IP, thinking about its next game is truly exciting. New entries in familiar franchises like Guilty Gear and Dragon Ball would be welcome, but what else could the studio do to flex its creative muscle? Crossovers have been all the rage in pop culture lately, and Arc System Works could take advantage of this by drawing on popular brands like Marvel, Star Wars, or even other popular Shonen Jump manga series. Imagining the fantastically detailed blend of 2D and 3D animation used by the studio with any of these properties is already an enticing prospect.

Yet, the studio has also been making great strides in making its fighting games more approachable for new players while retaining enough depth to appease its hardcore audience. Features like auto-combos and in-depth tutorials about the fundamentals of fighting games have helped ease new players into the genre like few other studios have managed. Combining that expertise with a popular license could be a recipe that takes Arc System Works to the top of the genre.

There are more reasons to be excited by the future of fighting games than ever before. Multiple developers are bringing fresh ideas to the table and backing them up with meaningful single-player content and quality-of-life features like rollback netcode and cross-play.

How to build the best Warzone Pacific Lienna 57 class