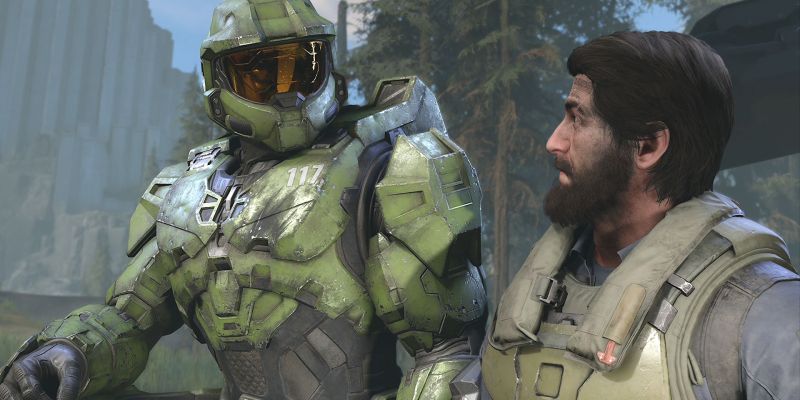 Halo Infinite has had no shortage of problems ever since its gameplay was first revealed. Fans criticized the underwhelming graphics of the latest entry, and delays pushed it back by over a year. While the game saw decent reviews at launch, many of its features and content plans have suffered delays and cancellations. It’s left fans understandably frustrated, but there may be some light at the end of the tunnel. New reports claim that Halo developer 343 Industries is considering a switch from its internal Slipspace Engine to Unreal Engine instead.

The news comes from Jeremy Penter, also known as ACG, who tweeted to say: “I can only confirm that many sources are saying this and very clear that it’s already been decided and Halo is for sure switching to Unreal. I feel like it’s time for other switches behind the scenes including people leaving and their past problems. Unreal is a great choice.”

A new weapon for the series

The initial reveal trailer for Halo Infinite made sure to let fans know that the game was running on 343’s Slipspace Engine. However, many of the delays to post-launch content for the game have involved the studio citing technical problems.

It’s unclear how much of this is down to the Slipspace Engine, if at all. However, it isn’t hard to imagine how a shift to Unreal Engine would help the studio develop the Halo franchise more efficiently. Epic Games, the developer behind Unreal Engine, has talked at length about how it is trying to ensure that the engine has tools and systems that make game development easier for studios.

In other recent Halo news, the head of 343, Bonnie Ross, announced her departure from the studio due to family health issues. Pierre Hintze will take over as the new head, with Elizabeth Van Wyck and Bryan Koski joining the leadership team.