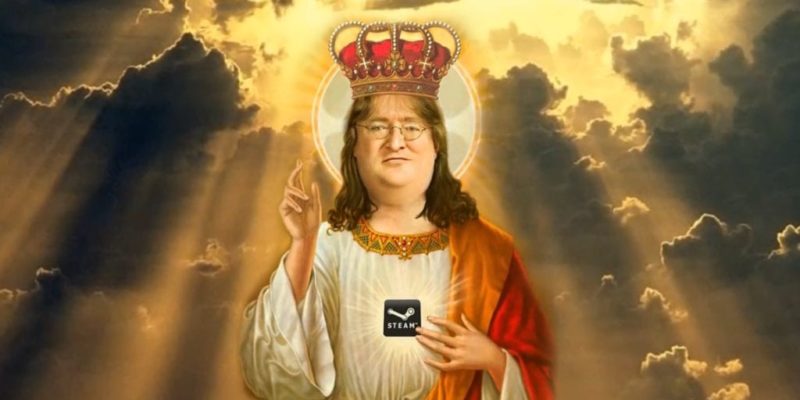 The VR community is currently split between Oculus and Vive thanks to “exclusive” releases on the Oculus store by developers being funded by Oculus for these times exclusives.

A posted on the Vive subreddit decided to find out what Game Newell thinks about the current situation and he actually received a response. Shocking I know. Gabe’s thoughts on the subject are as follows:

“We don’t think exclusives are a good idea for customers or developers.

“ There’s a separate issue which is risk. On any given project, you need to think about how much risk to take on. There are a lot of different forms of risk—financial risk, design risk, schedule risk, organizational risk, IP risk, etc… A lot of the interesting VR work is being done by new developers. That is a triple-risk whammy – a new developer creating new game mechanics on a new platform. We’re in a much better position to absorb financial risk than a new VR developer, so we are happy to offset that giving developers development funds (essentially pre-paid Steam revenue). However there are no strings attached to those funds—they can develop for the Rift or PlayStation VR or whatever the developer thinks are the right target VR systems. Our hope is that by providing that funding that developers will be less likely to take on deals that require them to be exclusive. “

The discussion has been ignited again this week following a post from CroTeam which stated they were given a “shitton” of money by Oculus to release Serious Sam VR: The Last Hope on Oculus Home. They took the money because they believe “truly good games will sell by themselves” but also added they “hate exclusives as much as you do”.

CroTeam’s Alen Ladavac went on to clarify their position.

“I want to clarify some of the inaccuracies about our relationship with Oculus. Oculus did approach us with an offer to help fund the completion of Serious Sam VR: The Last Hope in exchange for launching first on the Oculus Store and keeping it time-limited exclusive. Their offer was to help us accelerate development of our game, with the expectation that it would eventually support all PC VR platforms. We looked at the offer and decided it wasn’t right for our team. At no time did Oculus ask for, or did we discuss total exclusivity or buyout of support from Vive. We look forward to supporting Rift and Vive.”

It’s great to see Valve take this stance and hopefully developers will take advantage of these development funds which could discourage developers taking on Oculus timed exclusives. However, developers need money to makes games, and as long as it’s being thrown their way, they will take it.