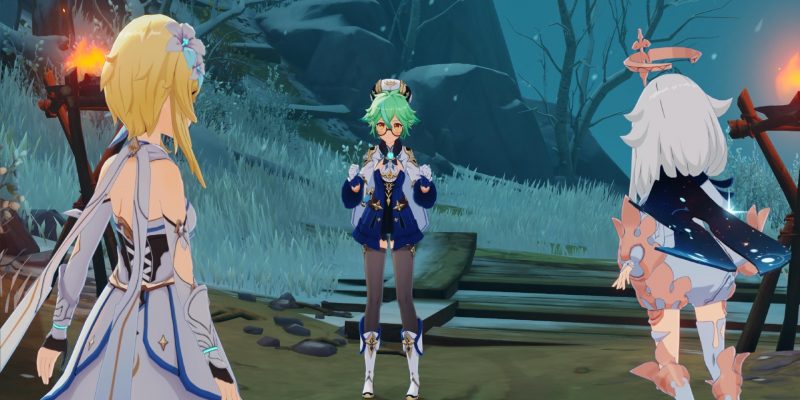 We’ve entered yet another phase of The Chalk Prince and the Dragon event in Genshin Impact. This time, players will need to battle the Resurgent Cryo Regisvine as part of the Frostborn Miracle challenge. You’ll get Miraculous Essence and other rewards, too. Here’s our guide to help you out.

After proving yourself in the Testing Grounds and partaking in the Draconic Pilgrimage, you should see another quest marker telling you to head to Albedo’s camp.

However, the master alchemist isn’t there. Instead, you’ll be greeted by Sucrose. 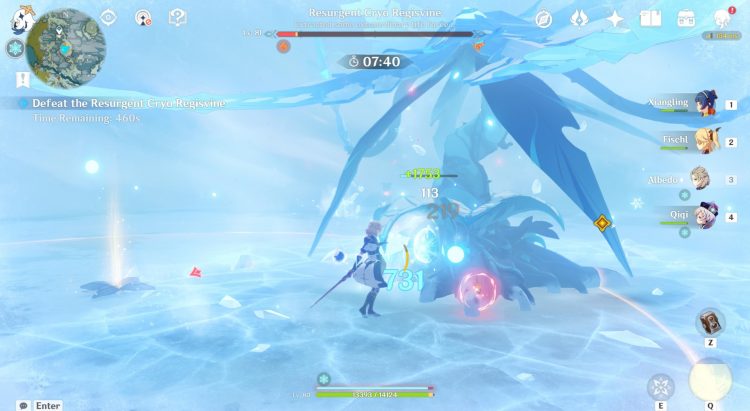 This short quest has you duking it out against some slimes and Fatui prior to meeting Albedo and Reckless Pallad. The reckless adventurer causes the Festering Desire sword to go haywire, causing a nearby Cryo Regisvine to get resurrected. You’ve got nine minutes to take out the frozen flower and there are some mechanics in play (though I’ll discuss these in a while).

Anyway, after killing the boss, you’ll unlock the Frostborn Miracle challenge (which entails fighting more Resurgent Cryo Regisvines). This activity takes place in the Entombed City – Outskirts area and you can either do this solo or co-op/matchmaking. 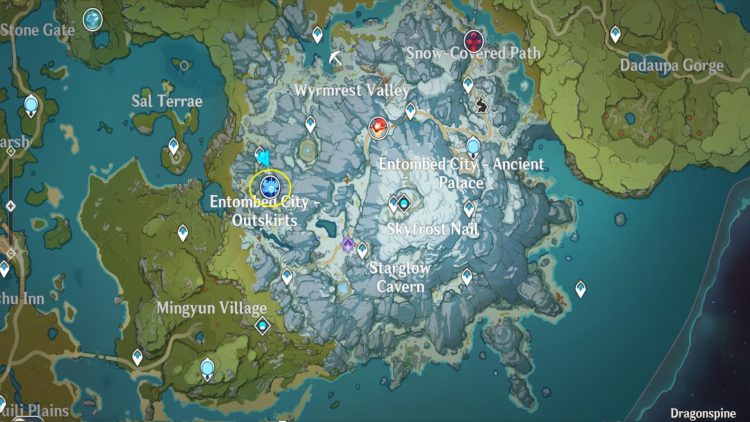 Okay, as for the challenge itself, take note of your surroundings. There are four braziers here to help nullify the effects of Sheer Cold, but there’s a good chance the bar will get filled up as you’re battling the boss. As such, healers like Qiqi and Jean do exceptionally well here. Unfortunately, you might have problems with Barbara since her Hydro effect could cause you to get frozen by the Resurgent Cryo Regisvine.

You could also consider having someone who could generate a shield like Albedo. Likewise, don’t forget to have the Festering Desire sword with its perks unlocked. It has buffs that help boost the wearer’s damage output and survivability.

Note: Frostborn Miracle is a special challenge. Whether you’re playing solo or co-op, the game can’t be paused once you start the activity. The boss will still attack you while you’re checking your inventory to eat food or while you’re trying to take photos with the Kamera. Take care when you’re trying to capture these moments, or your characters might end up dead. 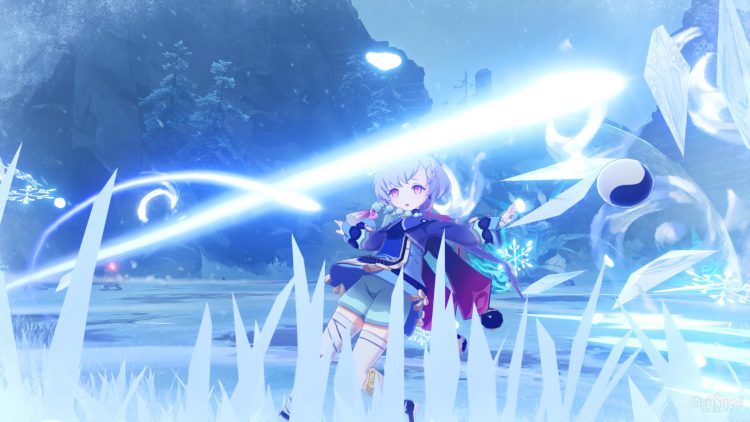 Taking out the Resurgent Cryo Regisvine

In any case, start the Frostborn Miracle challenge when you’re ready. You’ll notice that the Resurgent Cryo Regisvine is shielded at first.

To break its shielding, take out the tiny Cryo slimes first while trying to avoid the frost circles that appear on the ground. Pick up the Scarlet Quartz dropped by the slimes and crack open the ice crystals surrounding the barrier. You’ll only need to swipe at the crystals once to break them as long as you’re buffed by the Scarlet Quartz. 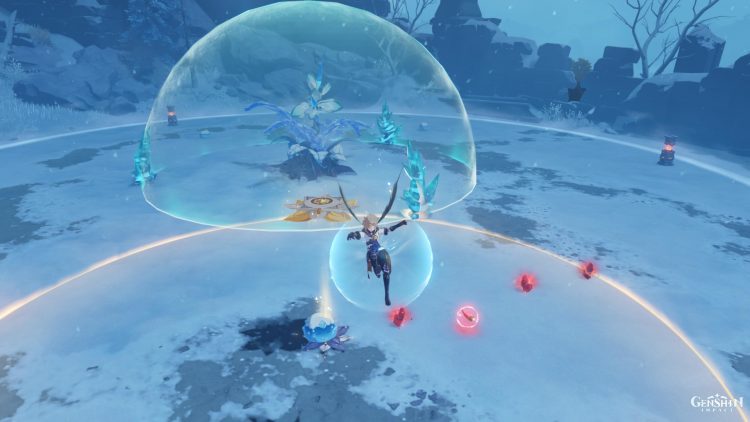 Once the barrier’s down, you can damage the Resurgent Cryo Regisvine. It still has the same old attacks you’ve seen in the past. These include its swiping attacks, head bash, and ground quake.

For DPS, your best bet is to have at least a couple of Pyro characters to melt its core and stun it (i.e., Diluc, Bennett, Klee, and Xiangling). Moreover, if you see tiny Cryo slimes milling around, the Scarlet Quartz they drop can also buff you to offer a slight boost to your damage (assuming the Festering Desire sword has that perk unlocked). 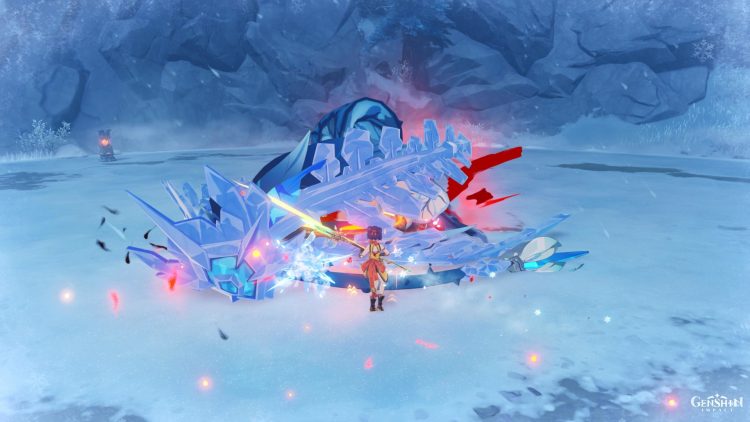 Now, while you’re fighting the Resurgent Cryo Regisvine, you’ll sometimes see a prompt about its ultimate attack — it’ll say that “its power is about to erupt.” A short while later, an AoE blizzard that lasts several seconds will cover the area. This will drop your health greatly, though it can be mitigated through healing (i.e., Qiqi) if you’re soloing.

Still, to help survive this, you can look for Seeds of Winter. These also look like ice crystals, but they’re closer to the braziers. Destroy these using melee attacks and stay in the bubble to negate damage (like the Geo Hypostasis fight). Oh, and since you’re close to a brazier, that should help lower the Sheer Cold bar.

Note: The boss will do this ultimate three times in succession. That means looking for the Seeds of Winter crystals and staying in the bubble three times. This might be good time to eat some food to heal, or use Barbara’s healing spells. However, if you have a ranged character, they can still snipe the target’s head while inside the bubble. Breaking its crystalline core in the head will end the casting sequence, stunning it and allowing you to wail away for an extended DPS phase once more. 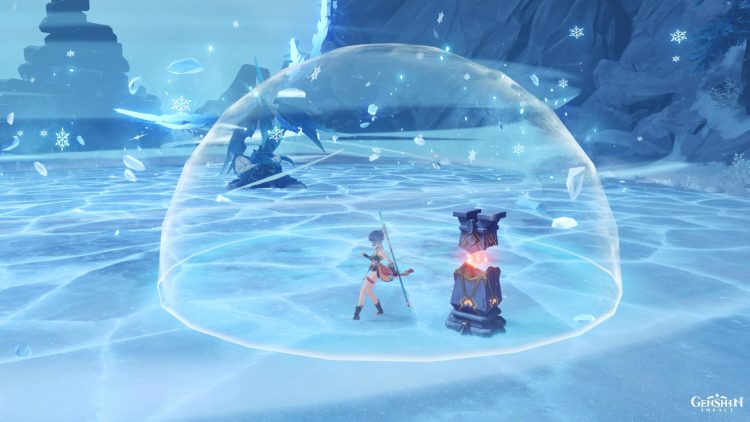 Personally, I’ve had more success while playing solo. For starters, you’ll only see small slime mobs spawning in the area. These hostiles are significantly easier compared to the ones you encounter while playing co-op (spiked Cryo slimes and Cryo whopperflowers). The Resurgent Cryo Regisvine also seems to have lower health and stats overall, making it easier to kill. Heck, if you’ve got the right team composition, you could even beat the Resurgent Cryo Regisvine before it can cast its blizzard.

Conversely when playing co-op, you’re uncertain as to the charcter picks, levels, and skills of the other blueberries in Genshin Impact. You could find someone who’s decent, but other randoms might not be aware of the mechanics at all (i.e., those who continue damaging the boss while its ultimate is casting). Additionally, its ultimate is an absolute killer (dealing 6,500 HP damage every tick if it’s not mitigated). This leads to prolonged moments where everyone’s just sitting cozy inside a bubble.

Lastly, when players die and revive, they’ll end up outside the fight area and they need to interact with the challenge marker to rejoin. While you’re loading in, it’s possible that the boss is casting its spells and you’ll end up dead once more. 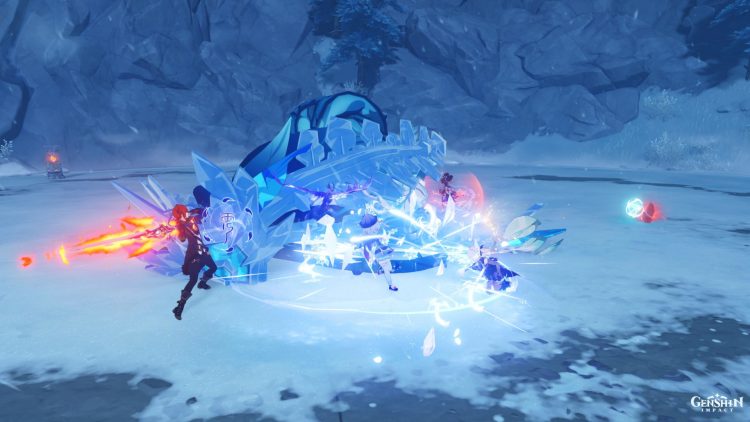 After eliminating the boss, you’ll get 150 Miraculous Essence which can be used in the event shop. My suggestion would be to grab two Festering Dragon Marrows first as these are used to refine the Festering Desire sword to max level. You can read about the other event shop items here.

As for the rewards, each of the Frostborn Miracle challenge’s objectives net you 30 primogems and 20,000 mora: 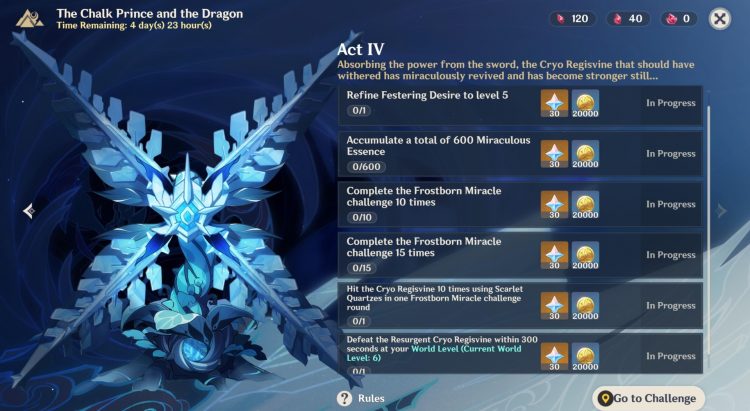 Anyway, that does it for Genshin Impact‘s Frostborn Miracle challenge and Miraculous Essence. The short quest you finish beforehand does say “to be continued,” so we might see another task in a few days that concludes The Chalk Prince and the Dragon event. 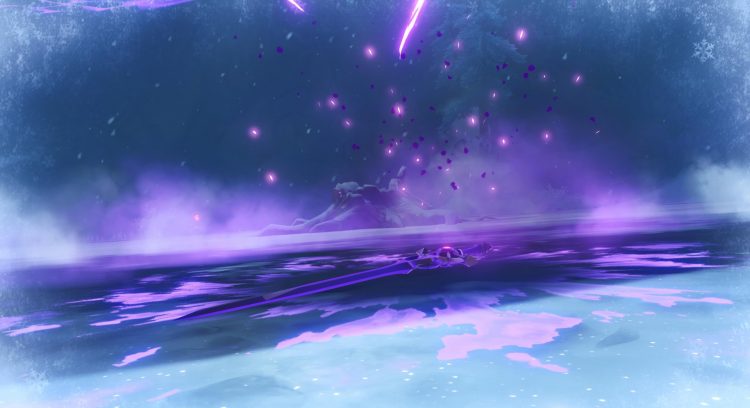