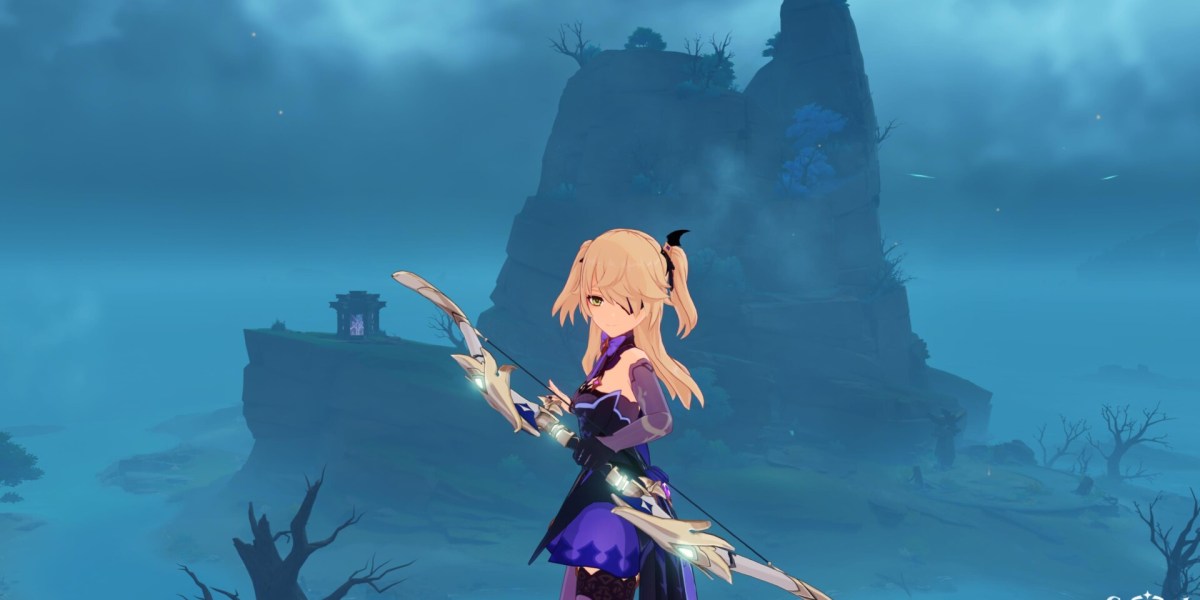 After meeting Ruu and going to the ceremonial site, you’re told that you need to visit three more locations. Shirikoro Peak happens to be one of those areas. Here’s our Genshin Impact Through the Mists quest guide to help you with the Shirikoro Peak perch offering.

The Shirikoro Peak perch offering in Genshin Impact is at the northwest portion of Tsurumi Island. If you’ve unlocked a nearby fast travel point, you should see the mountain before you (seen in this guide’s featured image). At the base of the mountain, you’ll find a Seelie next to an opening that leads to the perch/ancient tree. Talk to Ruu here and interact with the three to spawn the feathers. Beware, though, because this is the most complicated portion of the entire Through the Mists quest in Genshin Impact.

The feathers are actually down below in a submerged area. Your goal is to tag all the nearby Seelie so they move to the three pedestals next to the tree. They’re found in the entrance, off to the right, and down below near a Thunder Bough. After all the Seelie are in the correct spots, a chest will appear and the water will be drained.

Go down to see the feathers. They will float away once you get too close, so just chase after them.

Note 1: The next couple of areas have several Fluorescent Fungus nodes. This is one of Thoma’s ascension materials. 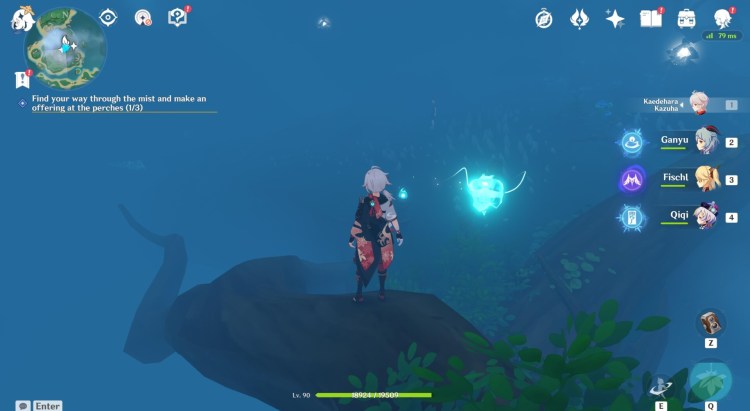 Continue along the passageway and defeat the mobs arrayed against you. Once you reach the end, a couple of feathers will float through the door. What we need to do now is complete the Relay Stone Puzzle:

If you do this right (seen in the image below), a chest will spawn and you can activate the switch. Destroy the Ruin Guard and pick up the feather in the next chamber. But, once you get close to the other feather, it’ll also float and drift away into another room. Now, we’ve got to solve two puzzles. The first that we need to handle is the Seelie puzzle. There are three and they all need to go to their pedestals:

With all three Seelie in their correct spots, a chest will spawn and you can activate the switch. This will drain the water. Here’s what we need to do for the Relay Stone Puzzle:

If you place them all correctly (seen in the image below), another chest will spawn and you can now activate the switch to open the doorway. In the next chamber, you’ll be able to pick up the third feather.

Note: Further ahead, you’ll see a pit with several tombstones that are part of the Stone Slates puzzle. The switch here also opens a door to Chirai Shrine. When you’re done, return to the ancient tree and interact with it. Talk to Ruu to complete the Shirikoro Peak perch offering in Genshin Impact. Don’t forget to finish the requirements in Autake Plains and Chirai Shrine as well. 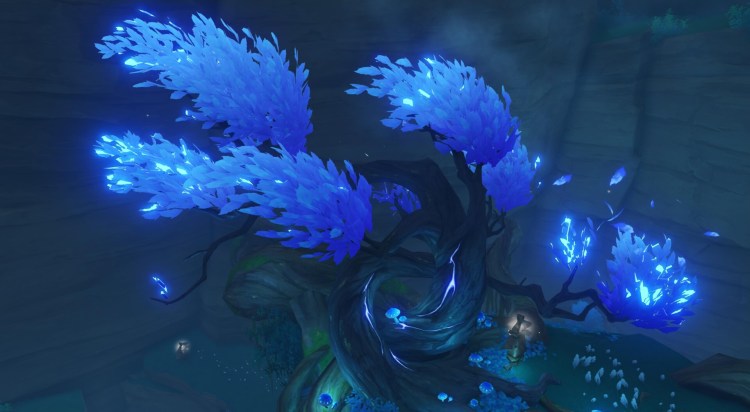 By Jason Rodriguez60 mins ago
Guides