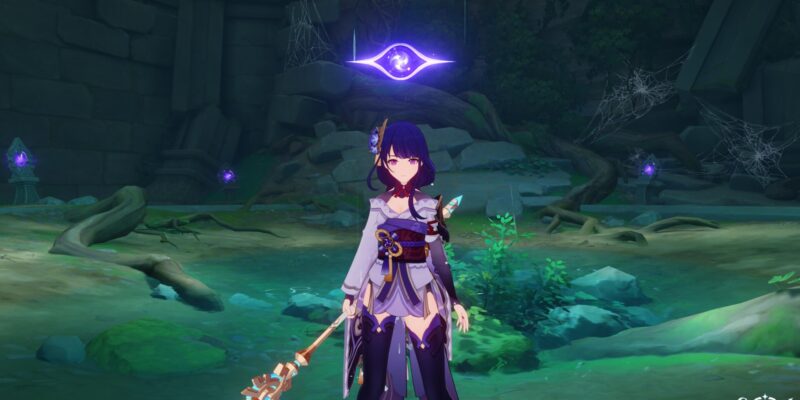 To reach Mount Kanna, you need to follow the pathway further to the south (near where you see the Wakukau Shoal label on the map). There’s an opening here that leads you to the base of the mountain.

You’ll see a Thunderbird Statue, but the Peculiar Pinion isn’t going to work on it. 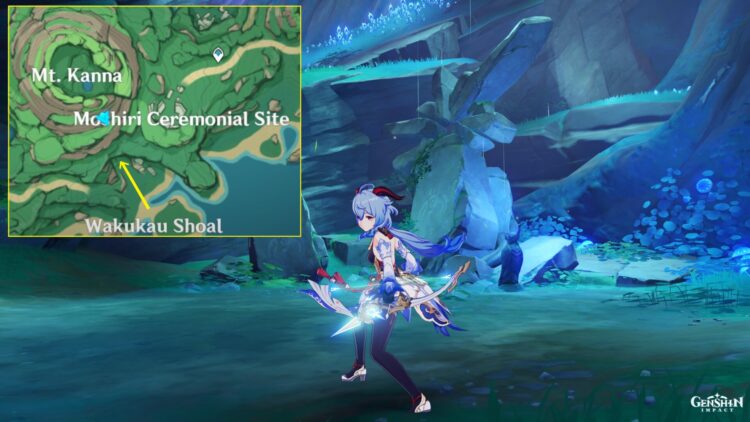 Instead, you need to look for a Thunder Bough plant. Once you see it, simply follow the sloping pathway upwards until you see a different Thunderbird Statue. You’ll spawn three Seelie by activating the Peculiar Pinion.

Follow the three Seelie as they float around the area. You’re going to find a Mysterious Stone whenever a Seelie stops moving. 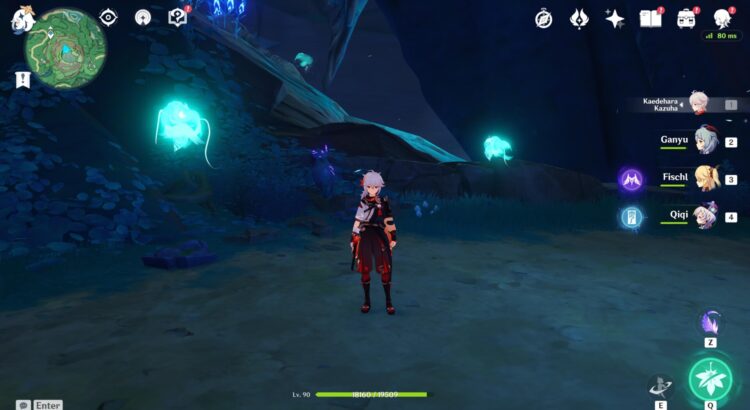 After picking up all three, return to the Thunderbird Statue and place the quest items in the niches. The Seelie will fly off and hit the wall, revealing the Ishine Script clues. Hit the rocks in this order: 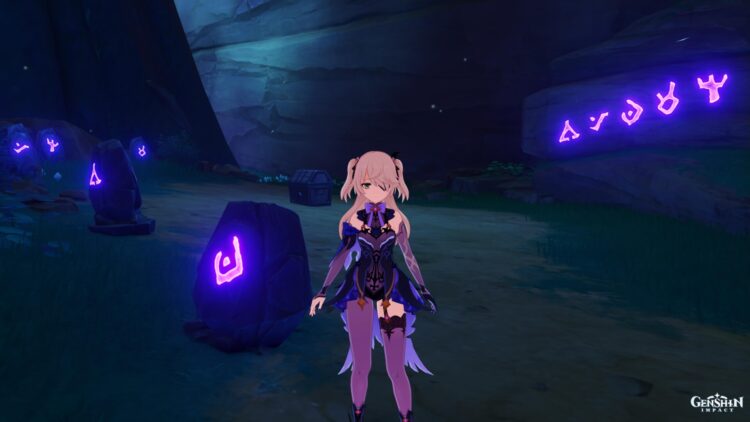 Returning to Shirikoro Peak for your rewards

Note: Since they’re fairly close, you can complete other secret puzzles in the area such as the Pyro Torches and Star-Shaped Gems/Electro Seelie. 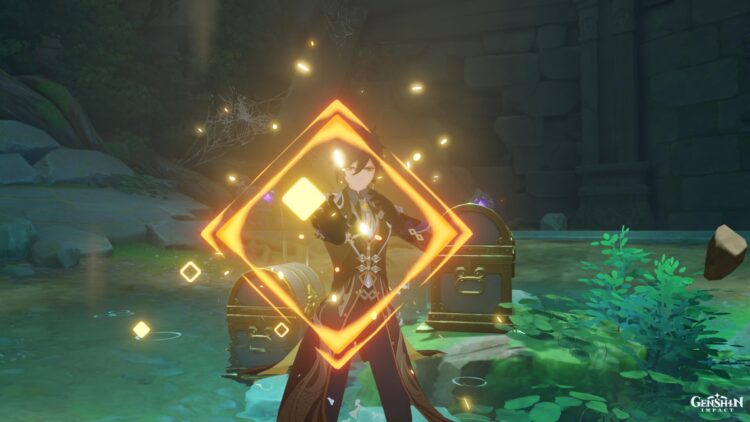