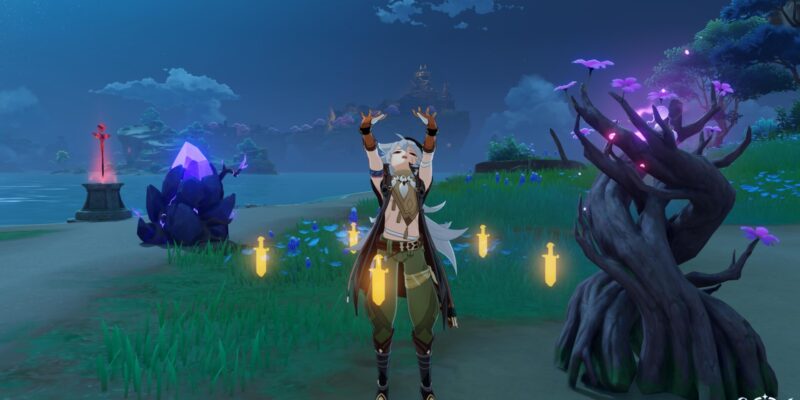 This daily reset brings the next phase of Genshin Impact‘s Thunder Sojourn event. If you spent the previous days zipping around during Bolt Blitz, then you’ll be killing lots of mobs this time around. Here’s our Genshin Impact Thunder Sojourn guide to help you with the Lightning Round challenge.

Note: For more information about the game, check out our Genshin Impact guides and features hub, as well as our overview for the version 2.0 update. Likewise, you can take a look at our main guide for the Thunder Sojourn event.

Go back to Ritou and talk to Muzhen. She’ll fill you in regarding the next phase of the event. Next, head to the marked location to find a marker. You’ll also notice a Thunder Bough/Electrograna and a Thunder Dwelling (a large crystal chunk). The goal of Genshin Impact‘s Thunder Sojourn Lightning Round challenge is simple: kill all the enemies within the time limit and use the Thunder Dwelling to your advantage.

The Thunder Dwelling itself has a circular meter denoting its charge. It gets charged via the following methods: 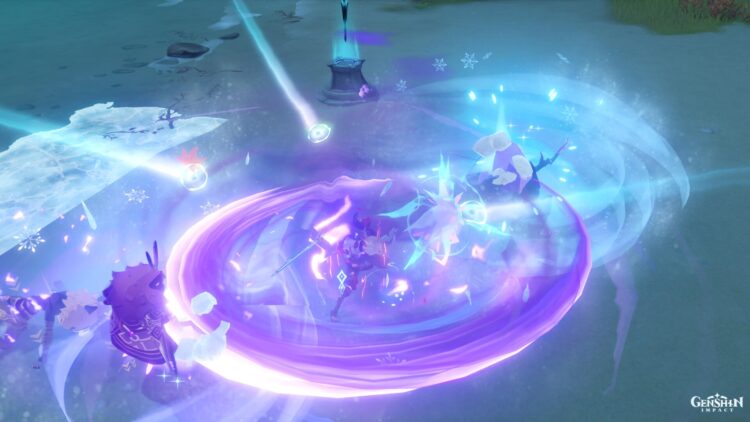 When the meter is full, it will unleash a massive Thunder Shock that annihilates enemies (they could take 90,000 damage or more). However, players can also take a bit of damage from the blast, but carrying an Electrograna nullifies this hit.

Mind you, it’s actually easier to just take the Electrograna buff and stand around while waiting for the crystal to get charged. Of course, you could also decide to hit it with Electro-based attacks if you want. Although you can kill the enemies on your own, it’s better to let the Thunder Shock do the job for you because it’s also part of certain tasks. 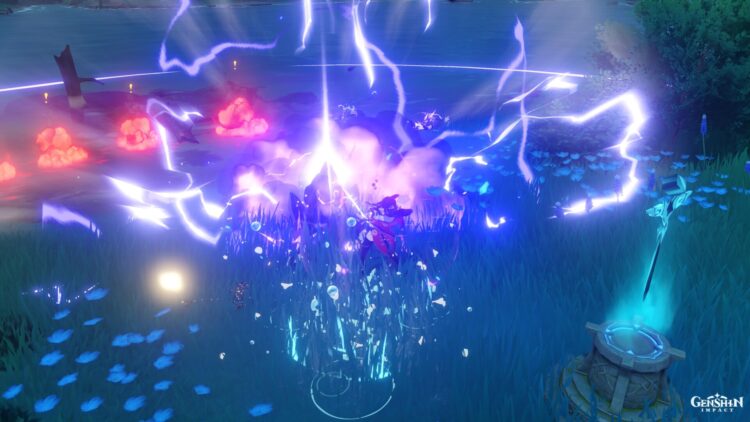 These tasks include the following:

Finishing these tasks will reward you with primogems, gold, and lots of Thunder Pellets for the event shop. Just keep at it and you should be done in no time. In any case, we’ll revisit this event on July 27 once the next phase goes live. 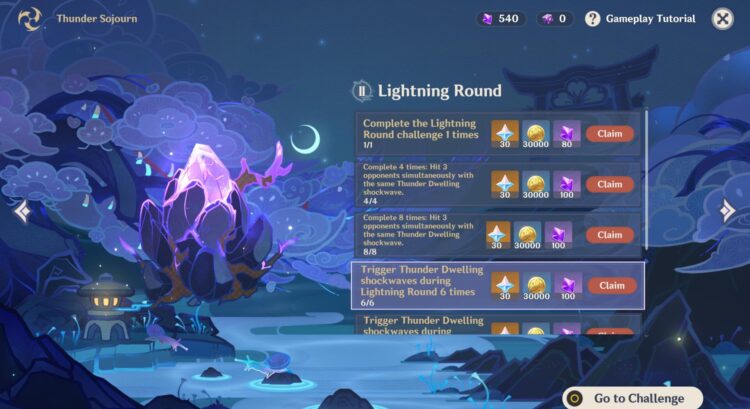