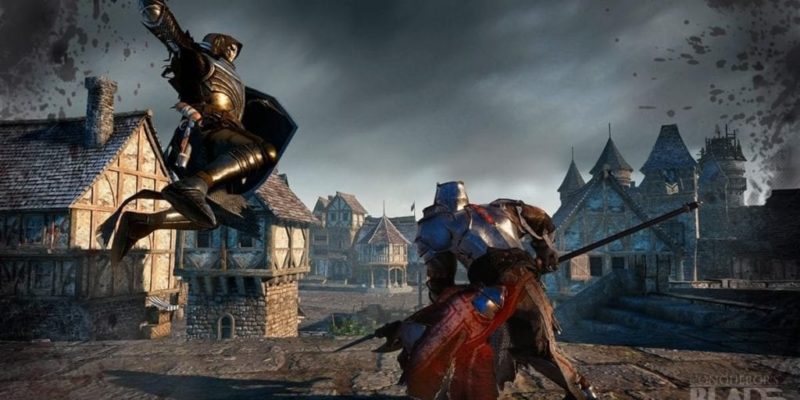 If organizing mass armies, planning out meticulous assaults, executing strategies, and engaging in warfare with players across the world sounds like your bag, then you might wanna check out Conqueror’s Blade. It’s currently in a worldwide open beta to celebrate Twitchcon until April 14, so go check it out for free!

Like what you played? Get in on an Explorer’s Pack pre-order bundle, and get more out of your game! We’ve got 100 keys to give away, so grab one while they last.

Here’s a bunch of info on the game, because I’m definitely not enough of an adult to accurately convey it all to you, myself.

Lead your armies in the conquest of a persistent open world in this spectacular free-to-play multiplayer game of action and tactics, one that seamlessly combines visceral medieval combat with immersive tactical command over the men and machinery of war.

Conqueror’s Blade‘s innovative hybrid of action and tactical gameplay challenges players with becoming the ultimate war general by forming alliances with other leaders, equip period-accurate armor and field iconic units from both Western and Eastern civilizations such as the Swiss Halberdiers, Iron Buddhas, Mongol mounted archers and Samurai.

Select one of the many classes and dive into the heat of battle to tip the scales of the war in your favor! Use the pros of each class to their fullest and gain an advantage over your opponents. Players choose from ten commanders, each with their own fighting style and weaponry. Can a Japanese nodachi withstand a clash against a Swiss halberd, and will be a Hospitaller’s lance be swift enough to charge a recurved Mongol bow? Answers to centuries-old questions will be finally settled on the field of battle.

Form your own armies from the world’s best units. Bring your cavalry down upon the enemy! Unleash heavy armored warriors! Make your call! Units’ special abilities and various formations allow for unlimited tactical maneuvers! The players are the vanguard; personally, protecting the battering rams while under fire from death-dealing arrows – all while looking to exploit an overextended enemy and secure the choke points required to emerge victorious.

There’s plenty more going on with this one, so be sure to check it out for yourself!

We’ve teamed up with our sister site Destructoid to give away 100 keys for an Explorer’s Pack pre-order bundle, a $14.99 value which grants you:

In addition, you’ll be a part of all testing stages leading up to the Early Access launch, including the Spring Mayhem closed event starting immediately after the free Twitchcon weekend!

To claim a key, simply use the widget below. It’s super easy! Redeem your key from the Conqueror’s Blade website using this handy link. Again, super easy.

We have 100 totals keys to give out. Once they’re gone, they’re gone. Get ’em while they’re hot! Use the comments to tell us about your experience with the game. We’d love to hear from you!

Conqueror’s Blade is available for pre-order now, and will in a worldwide open beta through April 14.