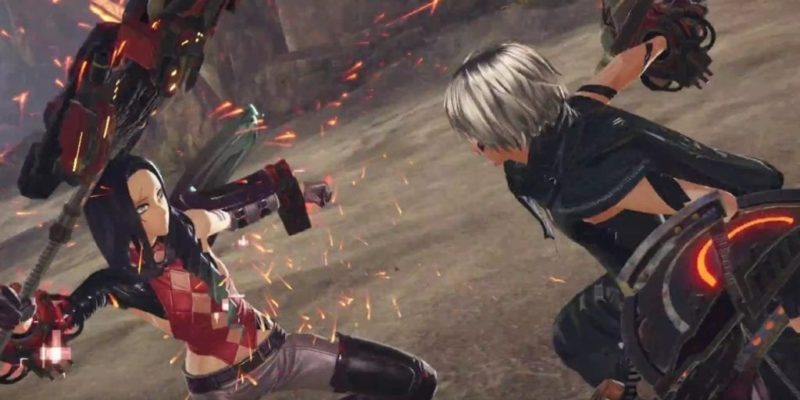 When we last heard of God Eater 3, developers Bandai Namco simply mentioned that it’d be out in Japan this December followed by a Western release sometime in 2019. Well, that release date is only a short ways off. That’s because God Eater 3 will be out on February 8, 2019. Check out the trailer below:

What can you expect from a game like God Eater 3? Well, for one thing, a lot of fans have been comparing the series to Monster Hunter, except a major change from that franchise is its fast-paced combat. The same plot points are still there, though, as with past God Eater games. Your team of enhanced soldiers — known as the titular “God Eaters” — wield biological weapons. These are the only tools that can destroy monstrous beasts known as Aragami. And, yes, it’s “very anime” with all the quirks, humor, and fan service that entails. Although, ironically, this is one of those games which led to an anime adaptation (not the other way around).

The franchise, counting God Eater 3, now has six games under its belt. It bears mentioning, though, that half of these are remakes of the main titles. For instance, God Eater 2: Rage Burst was just a remake of the second game. Meanwhile, God Eater Resurrection was actually just a remake of a remake — it’s a rework of certain mechanics and systems from God Eater Burst (which was just a new version of the original game). Resurrection was released as part of the Rage Burst pre-order bundle back in August 2016.

In some ways, you can think of it like Bandai Namco’s monster hunting version of Dynasty Warriors. There’s a game that’s part of the main series, and then there’s a rework or re-release that’s to follow. The games do tend to have technical issues crop up for PC versions such as the ones mentioned in God Eater 2: Rage Burst. Patches tend to come only after a couple of weeks as well.

The good news is that the God Eater games tend to have a dedicated following in various systems, including the PC. It maintains a “very positive” review score among its player base. That means if you’re someone who does like the genre or the anime presentation, then you’ll probably enjoy the games as well.

Again, fans of the series better mark their calendars for February 8, 2019, when God Eater 3 rolls around. It doesn’t have a Steam store page just yet, so we’ll keep you updated with more developments.

By Greg Bargas5 hours ago
Hardware