After our most successful episode in terms of listens/downloads yet, Grizzled Veterans brings you the 23rd installment of their vaunted podcast.  Since we accidentally missed January entirely, Donovan and I touch on New Years, the weather and all the boring things people talk about to fill time before getting to the good stuff. Tons of games coming out that deserve attention; Lightning Returns, Castlevania Lords of Shadow 2, Metal Gear Solid Ground Zeroes and finally Thief. They all get their due and then some. Tons of Titanfall talk and speculation as well.

From there we get to the big leaks coming from Microsoft, just what the heck Nintendo needs to do to turn the Wii U around, and Donovan once again voices his displeasure with Reggie Fils-Amie! Finally, every year seems to have a theme to it, or stories that define it so following up on a piece done by Jason–found here— Grizzled Veterans give some thoughts to just what may be the big things we’re talking about in terms of video games come December. Never a dull moment with us so be sure to carry on the conversation here, or on Twitter. Thanks for listening everyone!

As always a special thanks to Gaming Enthusiast & Nintendo Enthusiast for supporting us and be sure to hop on over there and check out all we’ve been up to. Lots of talent on these 2 sites. 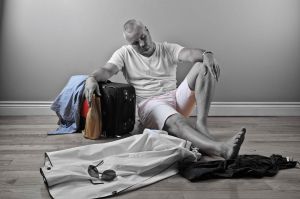 Jason Rose is a criminally underutilized features contributor/freelancer. Recently, he’s been acknowledge as an IGN All-Star. Continue the conversation by following him on Twitter @JasonRoseEh and be sure to listen to his podcast, Grizzled Veterans-The most seasoned podcast in existence. Don’t forget to subscribe on iTunes.

Story details for the Cyberpunk 2077 expansion may have been leaked

By Michael Hildebran-Joines1 day ago
News

The next Star Wars Jedi game is Survivor, and it’s coming in 2023

The Callisto Protocol is no longer set in the PUBG universe, but is ‘its own story’