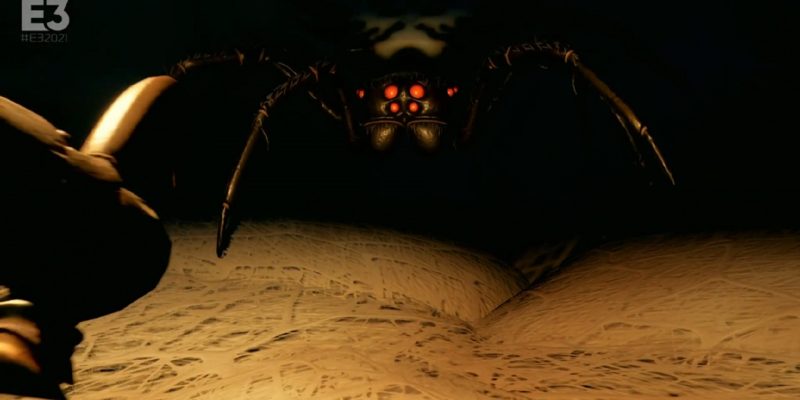 The survival game Grounded has proven to be a hit since it launched last year. Over the first year of Grounded, players have been crafting with new building parts, discovering new bugs, and tackling the Koi pond. Now, some brand new content has been revealed, arriving in the form of the Shroom & Doom update. As the title of the update suggests, some crazy mushrooms are on the way, along with much more — and more horrible spiders because of course.

The Shroom & Doom update will introduce a range of new content for fans to enjoy. As shown in the trailer, you will be able to acquire pets to accompany you on your adventures. Also, you will be able to take on an unnecessarily huge and terrifying spider. The spider is known as the Broodmother, and she is so frightening that not even the arachnophobia slider seems to help. When the slider is turned up to the maximum level, the spider switches to a strange blob, which is probably equally as scary.

Perhaps the most important feature that will be added to Grounded is the ability to sit. Yes, you read that correctly. From the beginning of the game, the Grounded community has been wanting to use the chairs. If you wanted this to make its way into the game, it appears that your call has been answered.

Get ready to hop into the Grounded Shroom & Doom update

If you can not wait to get stuck into the new content, you will not have to wait long. The Shroom & Doom update will be available to play on June 30. In addition, achievements will be added as a part of the update, giving you more objectives to work towards. Grounded is featured on the Xbox Game Pass, so if you are a subscriber and have not played the game yet, now would be the perfect time.