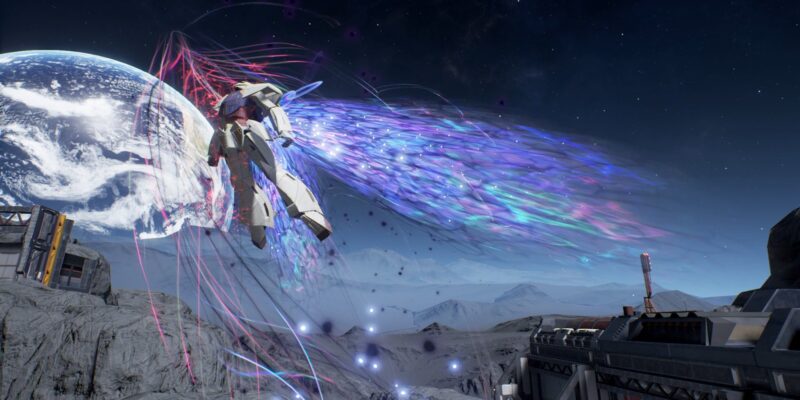 Hero shooters are, obviously, a big thing. You know what else are big things? Gundams. Literally; they’re giant mecha. As it makes sense to capitalize on good ideas, Bandai Namco is launching Gundam Evolution, a first-person hero shooter where you pilot — you guessed it — Gundams. Well, Gundams and other mobile suits. The game is set to be free to play and release later this year, although a window has yet to be specified. On top of that, there will be a networking test that hopeful Newtypes can sign up for in April, so it shouldn’t be too hard to get some hands-on time while we wait.

Speaking of that network test, it’ll run from April 7-12. You can sign up on the game’s Steam page between now and the end of the month to secure a spot. As for the game itself, you control a mobile suit and join a six-person team to go up against another six-person team. Despite being a Gundam hero shooter, though, there appears to be surprisingly few Gundams included in the game’s lineup. A character highlight video details that seemingly only the RX-78-2, Turn, and Barbatos Gundams will be available, leaving the other nine or so slots to go to other mobile suits. So Gundam Evolution is set to be more of a mobile suit hero shooter than a pure Gundam one.

Burn out your flame online later this year

As for what mobile suits you can expect to see in the roster, many of them are the usual suspects. The Zaku II, Dom, GM Sniper, and Sazabi are included. I would have thought that everything would have been a Gundam, but there’s not necessarily anything wrong with the others. It kind of feels like a bit of a missed opportunity, but there’s also that SD Gundam action-RPG coming out later this year which should help fill in the gaps.

Check out the official announcement trailer below:

Trek to Yomi gets a gorgeous and violent story trailer