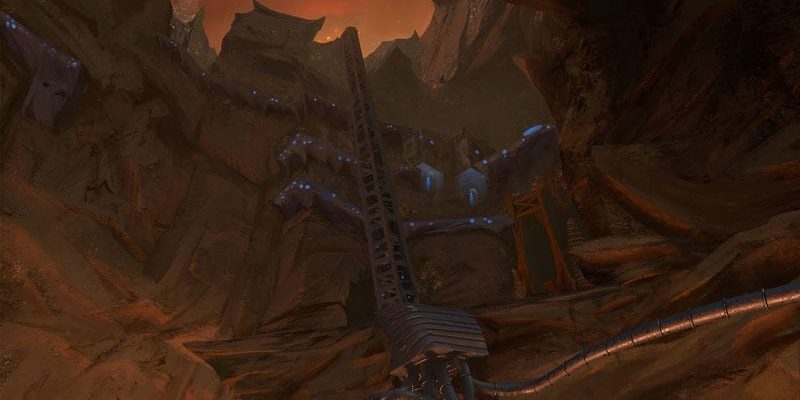 After what seems like eons, the fan-made Half-Life 1 remake Black Mesa is one step closer to release. In a new update over on the Steam community forums, publisher Crowbar Collective has shared what appears to be a final look at the Xen chapters for the game. Xen is the final area of Half-Life and has been continuously delayed for Black Mesa to ensure it doesn’t repeat the mistakes of its inspiration.

As the update explains, Xen is now on its final art/polish pass. “We are driving through each of the six maps, capping off the final tasks, and doing little bits of housekeeping to make the levels shine,” reads the post. “We are also taking a hard look at the performance of each level to make sure the game runs as smooth as possible on the myriad of machines out there. Thus far, we have made significant progress with deep engine optimizations, as well as several sweeping game-wide asset optimization passes.”

A bunch of new screenshots and gifs show off the work, which looks up to the same quality standard that the rest of Black Mesa exhibits. More importantly, a new time frame has been given for a potential release. While the team is hesitant to stick with a set date, they’ve outlined the process they’ll use for rolling out updates to users. Xen will go through a technical beta followed by an open beta before hitting Steam in its final form.

If you want to read more about the specifics for release, you can check out the blog on the Steam forums. I’ve been eagerly anticipating the final version of Black Mesa ever since it hit Steam in 2015. While I don’t like how dramatically some of the chapters have changed from the original, there really aren’t a lot of options for quality Half-Life games. With Valve having seemingly moved on from the series, I’ll take what I can get.

Start your saving engines with discounted racers on the Humble Store