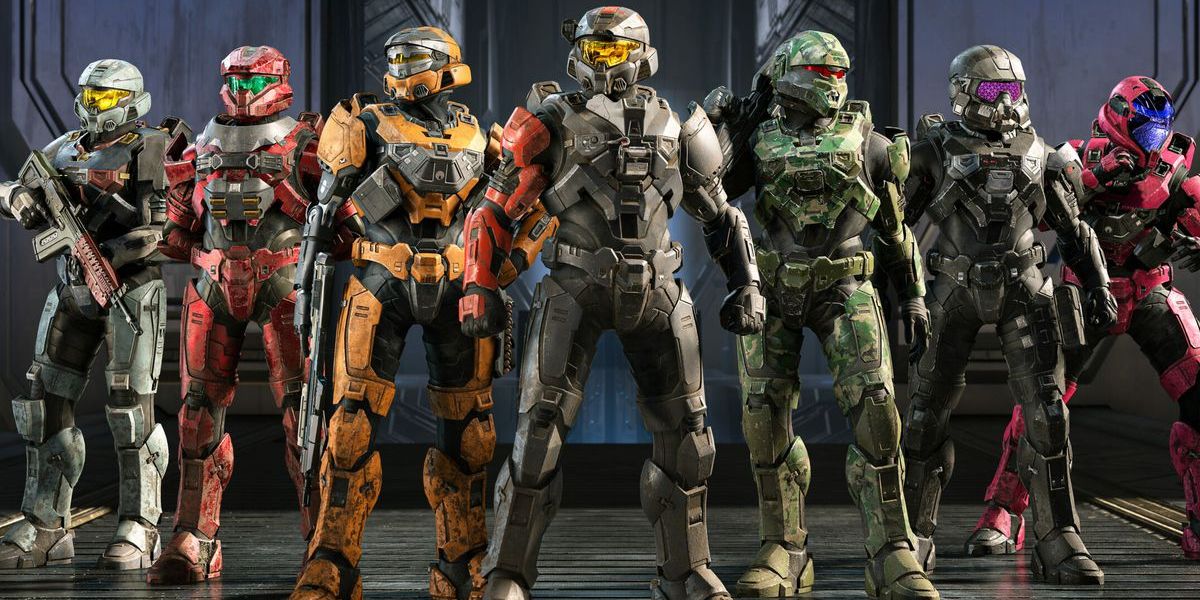 The recent hotfix that was meant to address the problems in Halo Infinite‘s Big Team Battle (BTB) mode didn’t go as planned. A tweet from Halo’s community director Brian Jarrard confirmed that there these issues haven’t been resolved, stating that “overall matchmaking issues are still occurring.”

343 Industries has been working hard to address the complaints that Halo Infinite has received since its launch. These fixes range from making changes to the Fracture: Tenrai event at the start of January to charging less for in-game cosmetics. It’s clear that the developer wants get Halo Infinite‘s multiplayer to a more polished state.

The issue facing Halo Infinite‘s BTB mode is a tricky one. Matchmaking issues are preventing many players from being able to play the mode. Players are disconnecting from matches, which is obviously pretty annoying. The hotfix was meant to address these problems by providing “minor service adjustments to improve Big Team Battle matchmaking.” This, unfortunately, did not make the issues go away. Players are still facing the same disconnection problems in BTB. 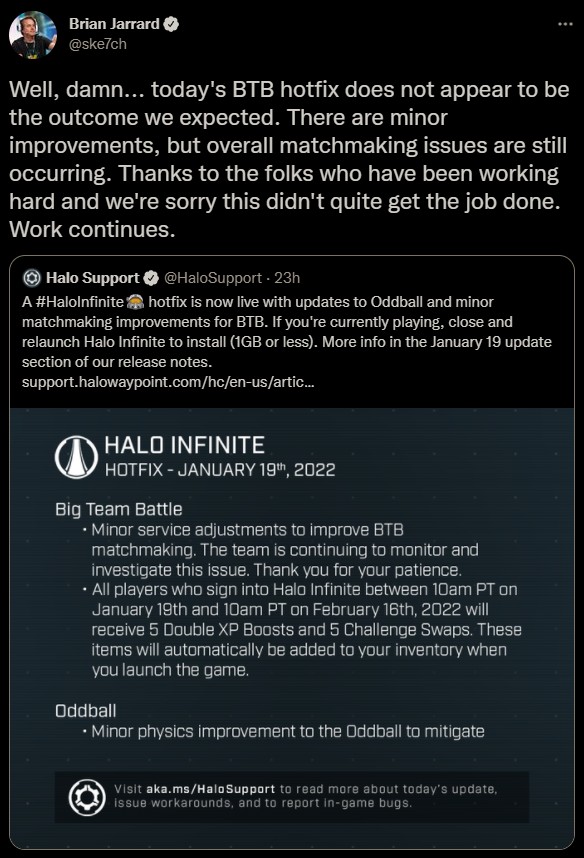 As of now, there’s no word on when a proper fix for the issue will release. Jarrard did confirm that the problem is still being looked into. So hopefully, a fix is on its way pretty soon. It’s definitely an annoying situation considering this issue has persisted for a few weeks. The hope now is that 343 Industries can find a solution to the issue soon.

Halo Infinite‘s original BTB hotfix was also set to reward players with 5 Double XP Boosts and 5 Challenge Swaps. Fortunately, that’s still the case for players who log in between now and February 16. So be sure to log back into Halo Infinite soon if you haven’t claimed your rewards yet.