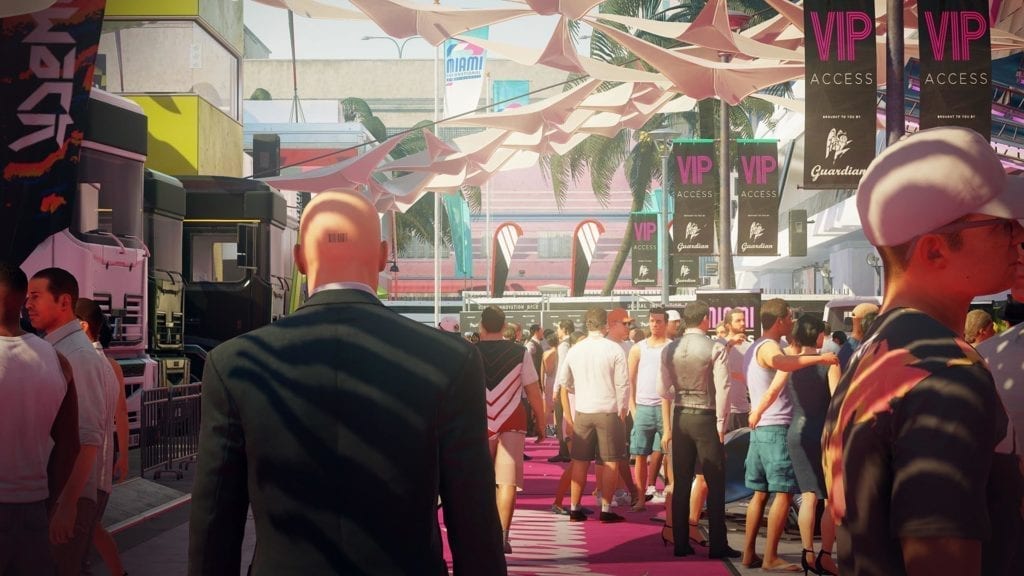 The September update also brings two new special assignments for Agent 47. The first of these takes place in Miami, and it will narratively lead into the second assignment in Whittleton Creek. As for file sizes, Haven Island will require 2.5 GB of storage space. The special assignments will take 7.5 GB.

Hitman 2’s September update brings a number of bug fixes, including more clearly defined color-coded labels for the inventory. In particular, the chloroform flask now has more clearly defined labels for “sedative” vs. “poison.” IO Interactive has also fixed an issue with knocked out NPCs being discovered by other NPCs. The issue would cause the player to fail the Silent Assassin rating, and this problem is now fixed. Some players had also reported an issue with “mission guidance.” The tutorial would sometimes play even when disabled in the menu, and this has also been fixed.

Along with the bug fixes, IO Interactive has stated that they are aware of a number of other in-game issues. One in particular involves PC players experiencing an error message: “0x8000000_.” The company recommends using DX12, but they have also confirmed that they are still gathering data about this issue. For more information on bug fixes and for a complete list of known issues, have a look at the company’s official notes here.

For those who are interested in a demo version, the first mission is available to play for free. Check out the Hitman 2 storefront, then scroll down and click to install the “starter pack.” This should provide a nice taste of the game for anyone who doesn’t want to commit to a full purchase.