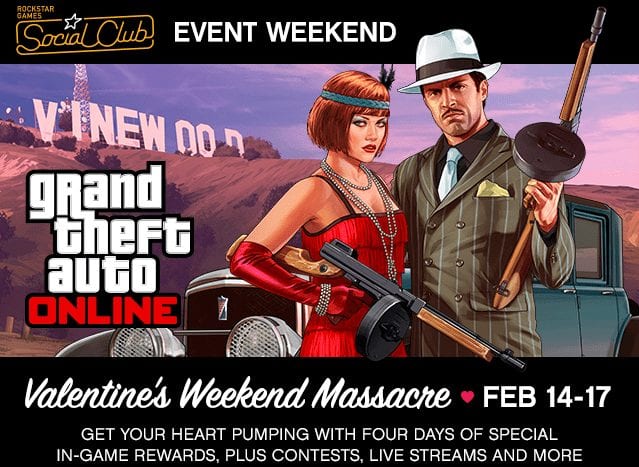 We recently had the chance to sit down with Crystal Dynamics’ Karl Stewart, global brand manager on the Tomb Raider, to talk about the upcoming adventures of Lara Croft and what the studio are trying to achieve by telling her origin story.

IncGamers: What have you made of the reaction to the game so far, from those people that have played it?

Karl Stewart: It’s been really good, really positive. I think what people are connecting with is the emotion that we’ve brought to the game and to the character. It’s something that a lot of people haven’t seen before, certainly from a Tomb Raider game.

It’s been great to hear that the things we’ve spent so long trying to perfect are the things that are drawing people in.

IG: Has it been difficult to bring that emotion into the game, given that, as you said, it’s not something Tomb Raider has been typically associated with?

KS: Yeah, it was actually. We brought in a couple of new members to the team to improve those elements, especially on the technical side of cinematography and camerawork to get the most out of each scene.

It’s been very iterative, though, it’s not something that we drew up on the board and it suddenly worked perfectly on the first try. You can have the story ready to go and want to go in a certain direction and have certain moments highlighted that you want to be pivotal and important, but when you bring the performance capture and everything together and see it in the game you realise that there are timing nuances that need to change.

Plus, moments tend to interact with each other in ways that you didn’t foresee on the drawing board so you need to stay on top of that and be able to change as you go.

IG: How long did it take for the script to be finalised before production on the relevant parts of the game began?

KS: There are a couple of different ways of looking at it. You start with a firm foundation of the story you want to tell, the characters and how much they can be used to explore the range of emotion within our main character: Lara Croft.

You look at that first script and you get that as far you can. Darrell Gallagher, (studio head at Crystal Dynamics) is a big believer in making sure you get everything on the screen and play through it to see what it’s like and whether it works. Then you go back and decide if we need to do rewrites or design changes or retakes.

It’s never the case that you write a script and decide that that’s going to be what you stick with from that point on.

Rhianna Pratchett came onto the team about two years ago to work with Noah Hughes our creative director and they worked tirelessly going through all the iterations. They really challenged themselves to get to a point where, once you’ve finished a playthrough, there’s no doubt that we achieved what we wanted to achieve. I play the game once a week and I’ve seen how much it’s changed through production.

IG: So, the narrative is more of a collaborative effort? Rather than the vision of a single person?

KS: There are certain people in the studio – Darrel, Noah, Rhianna, myself – that feed back on a regular basis about where the character needs to go and how she should act in certain situations. Above all, though, Noah as creative director, is the one with the biggest overall picture of what we want to achieve with Lara.

From my perspective I look at the franchise as a whole and try to work out where we’re going in the future and how we’re going to achieve that. But yeah, if you were to pick one person, it would be Noah.

IG: Will this young version of Lara appear in future games?

KS: I can’t really talk about that too much right now, because we’re focused on this game. As you can see from what we’ve done with this game, though, we’re really setting a new foundation for what we want to do in the future and who we want Lara to be.

We’re bringing a personality to Lara that will allow us to be able to branch out in many different directions and achieve something we’ve not been able to achieve before. We inherited Tomb Raider from Core and we really just continued the story that they set-up. This is our chance to define her future.

Whether she gets older… that’s unknown at this point.

IG: She’s younger, but the content seems more mature. Which came first? Did you aim to be a mature game and then decide on a young Lara? Or did you always want a young Lara and then take it in a mature direction?

As a result of that we thought that, if we can do all this stuff around the gameplay, should we not also bring a stronger narrative than we’ve had before? Something deeper. You hear a lot of people talk about it from many different games, but we really want to immerse players more than they have been before.

We realised that we can’t add a proper wrapper of survival around everything in a ‘T’ rated world. You can’t, for example, back off and cut away at the point when Lara goes through with her first ever kill – you’re just not going to achieve the emotional depth that we want.

Without going into the ‘M’ rated space for the sake of it and dropping the ‘F-bomb’ countless times, we wanted to use the mature space to really tell a human story; we want the goose-bump moments and the moments that will make you cry.

IG: As a medium, is it harder for games to get away with presenting those mature moments? I don’t mean swearing and violence, I mean true to life human realities. For example, Mass Effect was attacked in some quarters for depicting homosexual relationships…

KS: I think it’s a challenge, because the player has control of the character. You watch movies and TV shows and you see that range of emotions played out countless times and it’s fine.

I think we’re at the cusp of something exciting right now. You’re seeing in lots of videogame franchises really deep narratives and we’re starting to highlight and challenge serious topics. It’s a really exciting time for the medium.

Certainly from our perspective, we want to take you on a journey of breaking [Lara] down and then building her back up again. How do you get that bond between player and something happening on the screen to the extent that you feel things like loss and jubilation along with her? It needs to be more than just feeling a certain way because that’s how you think you should react.

When something happens we want you to feel that you’ve really experienced it, to think “that was amazing”.

I think Tomb Raider is more akin to a TV series than it is a blockbuster movie, because we want the player to go through the character progression over such a long period of time. Add the fact that you’re in control of the player and I think the industry in general is on the cusp of something very special with the direction many games are taking with bringing the narrative to the forefront.

IG: You’ve chosen to “reboot” the brand, rather than develop a typical sequel. In part, was that decision made because we’re in the era of sequels? Every other week it feels as though a sequel is churned out.

KS: I think that was part of our inspiration, yeah. Largely though, from a Tomb Raider standpoint, we just felt it was the right time to do this; it’s been 16 years of Lara Croft being on the scene.

There are very few series within videogames that you can do this kind of thing to. With movies we’ve done it many times over, same with TV shows. When we took a step back and looked at the videogame IPs you might be able to do this to, we thought we had an opportunity that not many in this industry have the chance to do – to tell an origin story.

The change for us is that we thought a lot about ‘cultural relevance’, you cannot continue to just make the same game over and over again. A bit like James Bond, you have to keep up with the audience to prevent them just moving onto something else. The player today wants something fresh and that’s what we’re trying to do here. We’re not doing a reboot for the sake of it, we’re doing it because the audience has moved on and expects far more immersion and greater character development.

IG: On a slightly different line of thought… why not include multiplayer? Pretty much every other game out there tries to shoehorn it in somehow?

KS: Undertaking this kind of project is massive, so as a studio our focus is entirely on single player. We decided early on that if we were going to do multiplayer it would have to be incredibly special and we simply didn’t have the time to dedicate to it. Our focus is on the single player, bringing Lara to life and doing that justice.

Chocks away for Vlambeer’s Luftrausers [Video]