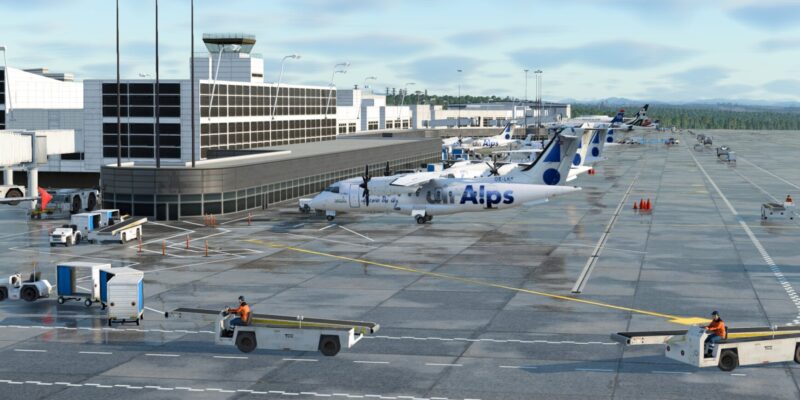 Microsoft Flight Simulator has without a doubt captured most of the attention in the world of flight sims. But, there are indeed other products out there. And not to be perturbed by Asobo and Microsoft’s massive advancements, they’re continuing to trudge along with new milestones of their own. Laminar Research has proven to be Microsoft’s most direct competitor for the last several years with the X-Plane series of flight simulators. It has been a dominating force on PC and mobile devices, with a solid fanbase and dynamic community. Several years since the release of the latest edition, X-Plane 11, Laminar Research is currently molding the next step for the series. Recently, the company provided an update on the state of its next sim, X Plane 12.

Though the upcoming simulator lacks a definitive release date at this time, its studio has not been shy about showing a growing number of previews. Various trailers have come out over the last few weeks, providing decent looks at a variety of different aircraft that will be included in the base sim.

One such trailer is this one, showcasing the Cirrus SR22, a modern and very popular single-engine prop. The trailer gives us a look (and a listen) at the SR22’s modern avionic and authentic engine, along with some beautiful scenes of the prop soaring over various parts of California. Laminar also showcases weather effects and the way they affect the plane’s handling and operations, including icing conditions, and rain. Many of the aircraft’s systems also appear modeled and functional, like the aircon and surface heating.

This is the latest in a growing collection of update featurettes, showing that X-Plane 12 is indeed making a serious ascent above its predecessor in terms of visuals and operational complexity.

In addition to general aviation aircraft like the SR22, Laminar is also including commercial jets, like the Airbus A330. A few weeks ago, that got its own trailer, which showcased a detailed cockpit and a beautiful cabin. From the looks of it, it seems as though players will be able to take a virtual seat and enjoy the ride. Various failures will also be simulated, such as engine fires. Such realistic and operational phenomena will be featured throughout the sim.

In a recent Facebook post, Laminar provided a quick blurb about the Beechcraft Baron. According to Laminar, the Baron’s engines will flood with fuel if the player runs the electric fuel pump for too long. This will require the fuel to be fully drained, filled, and then repumped before the engines can start. Such complex details like this have been a staple of the X-Plane series for a while. They’re the primary reason why some simmers prefer Laminar’s products over Microsoft’s. 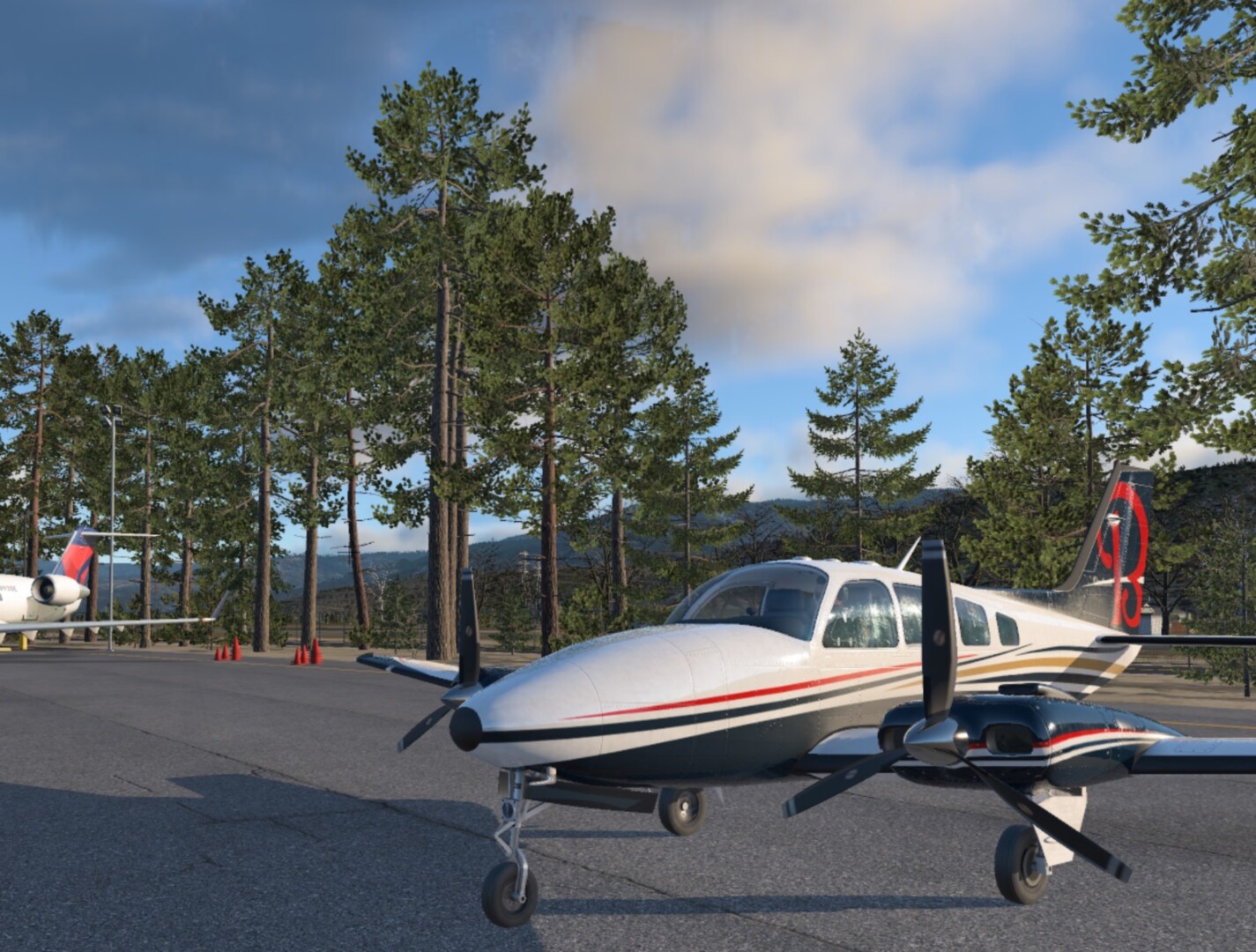 A tale of two barons

Fans often consider Laminar’s X-Plane series the “superior” flight sim. The studio itself also plays into this ideology by claiming it to be “the most advanced flight simulator” in reference to the nearly six-year old X-Plane 11. Indeed, compared to Microsoft’s older FSX, X-Plane 11 is certainly a step far above it. As for the 2020 revival that is Microsoft Flight Simulator, however, the situation is not as cut-and-dry.

Many comparisons have been drawn between the two since Microsoft Flight Simulator launched. To this day some still claim that the older XP11 is still leaps-and-bounds more “realistic,” but it really depends on who you ask. Microsoft Flight Simulator certainly boasts far more advanced simulations in every regard than any of its predecessors could even remotely produce. However, in some ways, X-Plane 11 does have it beat, but the gulf is quickly shrinking. 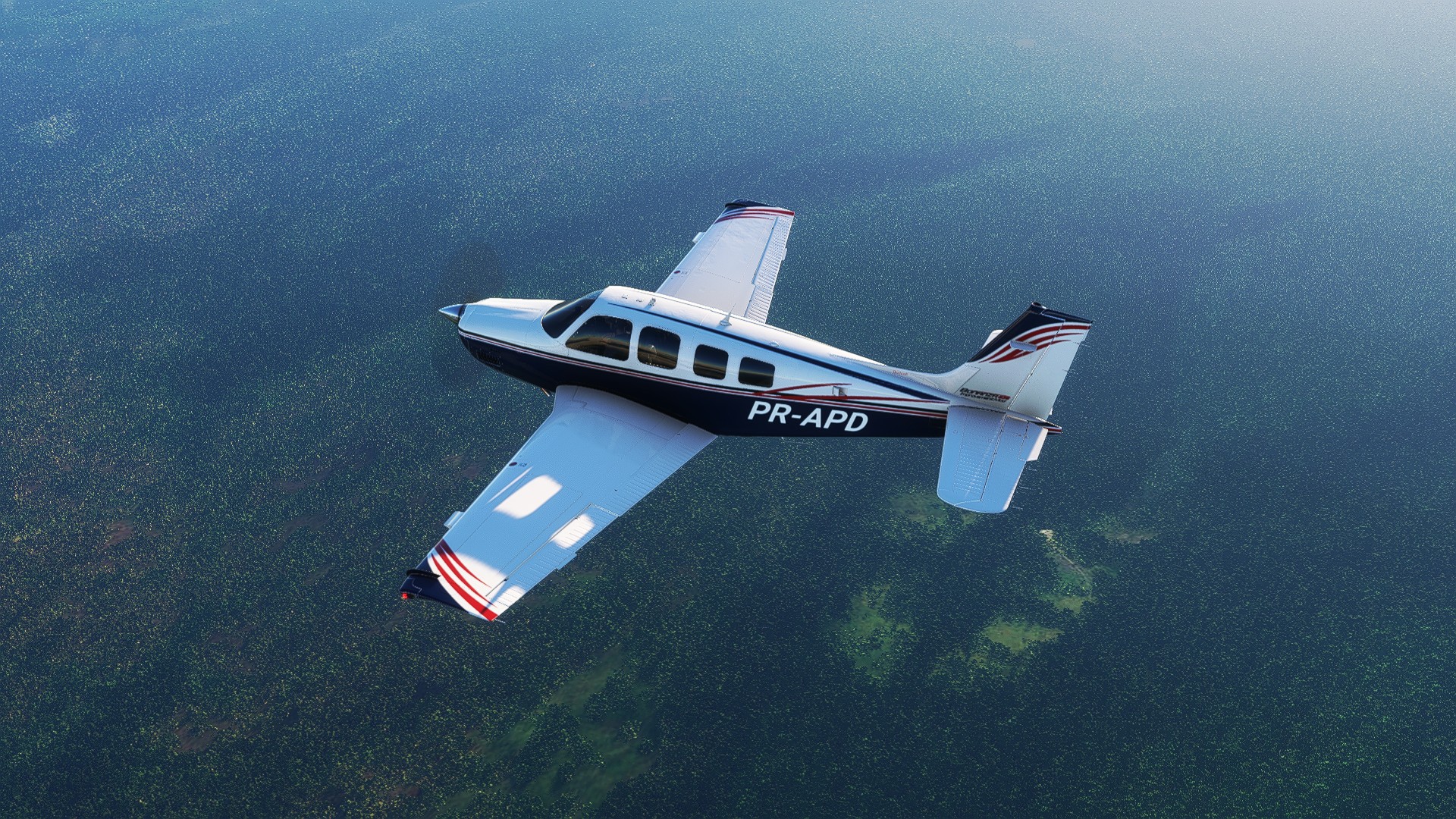 The comparisons between XP12 and MSFS will be rather interesting to observe.

Microsoft Flight Simulator has had several updates since its launch, each outfitting the sim with more advanced features and improvements. Asobo recently showed off some improved prop and wind simulation in a recent developer’s Q&A stream. During that same stream, the devs even showed how they have completely tossed out the old coding from FSX in favor of this more modern implementation. Work is continuing behind the scenes on a variety of aspects with the sim, showing that Microsoft Flight Simulator is alive and growing with time. So, when X-Plane 12 launches and the inevitable deluge of comparisons starts to pour out, folks will have to continuously update and reverify them simply because both titles will advance as the years go on.

As the saying goes, competition breeds creativity. Having two juggernaut franchises competing for the same userbase will drive both teams to keep pushing harder, making both products better and giving consumers an enhanced experience. It will be interesting to see just how much further both sims will fly as the years progress.

Fortnite is getting an Uncharted crossover [Updated: live today]