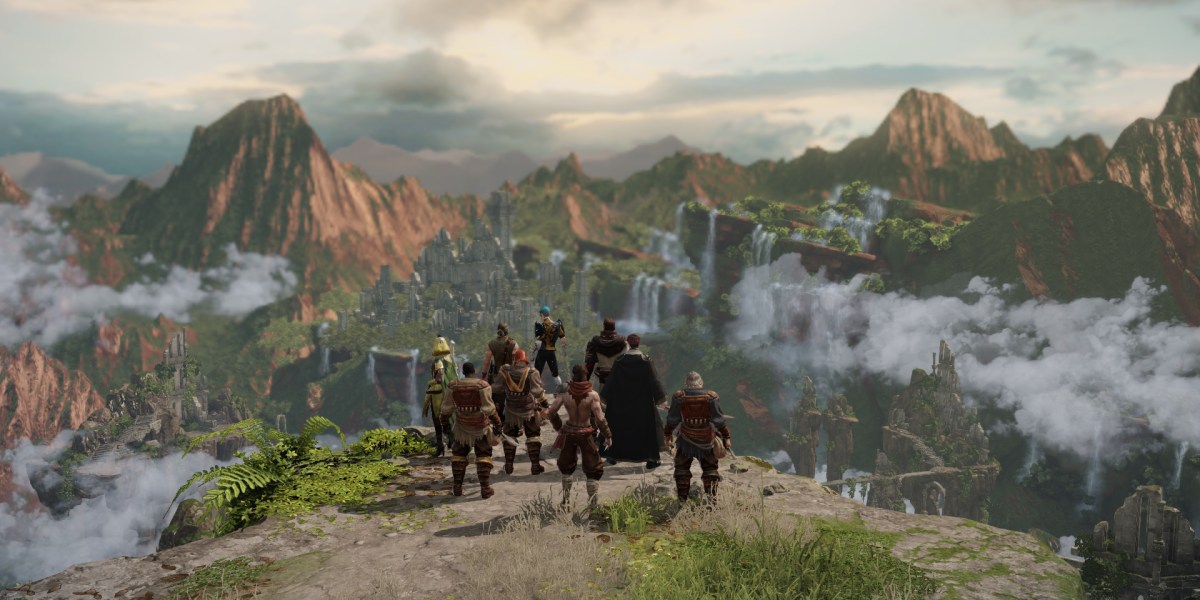 Lost Ark is a title I’ve had my eye on for a long time. It brings together two of my favorite video game genres: MMORPGs and isometric action RPGs. So, I was incredibly excited when Amazon Games announced it had teamed up with Smilegate RPG to bring the Korean MMO to the West. Over the last few days, I’ve been exploring Arkesia and trying many of the Lost Ark classes to give you a thorough preview of the Closed Beta.

One problem with getting overly excited about a game is that it often ends up falling short of your inflated expectations. Lost Ark did not, which says a lot about its quality. If you’re looking for a new MMO or enjoy Diablo-style games, you should absolutely be excited about Lost Ark.

The action MMORPG combination has failed in the past. Magic: Legends showed promise, but ultimately was a fragmented action RPG masquerading as an MMO. Lost Ark is undoubtedly an MMO. You’re constantly coming across players in the world who you’ll team up with to take down world bosses that randomly appear. When you enter dungeons, you can search for players to party up with, and the towns are brimming with players hanging out talking nonsense. It’s all the stuff you love to see in an active online world.

An abundance of choice

Lost Ark gets off to a good start with its character customization. If you like to get stuck into the minute details of your character design, you’re going to be happy with what’s on offer. There’s plenty to choose from in the set features, like hairstyles. Plus, you can go deeper to shape your face and look exactly the way you want. 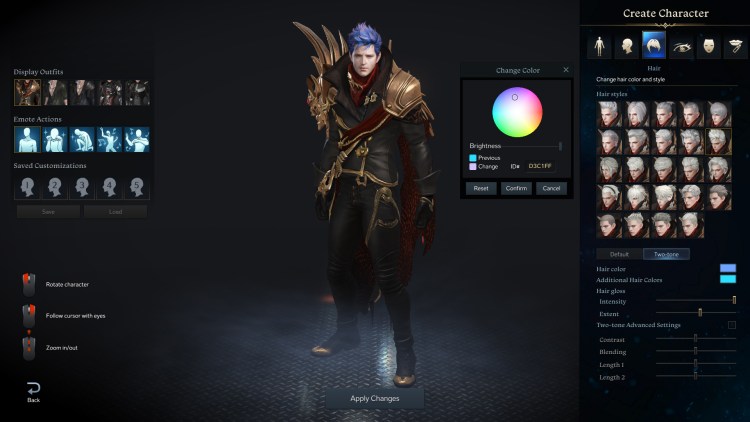 You will choose between one of five main classes, which determine the general aesthetic of your character. They are Warrior, Martial Artist, Gunner, Mage, and Assassin. But each class has numerous sub-classes that will ultimately determine your role and playstyle. So, you have a choice of 15 ways to play. I spent most of my time on the new class, the Striker. However, I also tried out the Paladin, Sharpshooter, Berserker, and Gunlancer. I enjoyed almost all of them and will be creating a bunch of characters when the game launches.

The two classes I didn’t get time to try, but really like the look of, are the Shadowhunter and Soulfist. And that leads me to one thing I do not like about Lost Ark. Classes are gender locked. A few of them have male and female counterparts, but most do not. I don’t like this limitation in MMOs or RPGs. These genres are about me living out my fantasy through an avatar that represents me, and I want the freedom to decide exactly what that looks like.

The basic combat of Lost Ark is excellent. Punching, kicking, slashing, smashing, shooting, blasting, and magicking enemies feels incredibly impactful and satisfyingly fluid. You unleash abilities, dodge a big attack, forcibly round up some more foes, and unload your next wave of deadly skills. I often found myself laying waste to hordes long after I had killed the required number for my quest. You get sucked in by the satisfying impacts and mesmerized by the stunning animations.

On that note, Lost Ark is a beautifully made game. The different classes look powerful and chic, with a substantial amount of variety in enemy design and visuals. And the different continents all have a unique aesthetic. Lost Ark draws a lot of inspiration from the East, as you would expect from a Korean-made game. I love that style. It reminds me a lot of Final Fantasy. Having said all that, some of the cosmetics do clip on the character models. Or they don’t sit perfectly on the body. I’d love to see that tidied up. It feels like a minor detail, but that’s what you pick at when a game delivers so highly in other aspects.

Getting back to the gameplay, there’s a lot for you to do in Lost Ark. As you follow the story from continent to continent, you’ll take part in a wide range of activities and events. There are the classic dungeons and raids. There are also hunts that feel like they come straight out of Monster Hunter. You’ll eventually get your own boat, which you can customize and sail around the world. You’ll also get your own little piece of land in Arkesia to make your own. At one point, you’ll hop on a hoverboard for a mission and climb in a mech. Another time, you’ll be battling in a martial arts tournament that feels like something out of Dragon Ball Z. It’s epic. All of it. 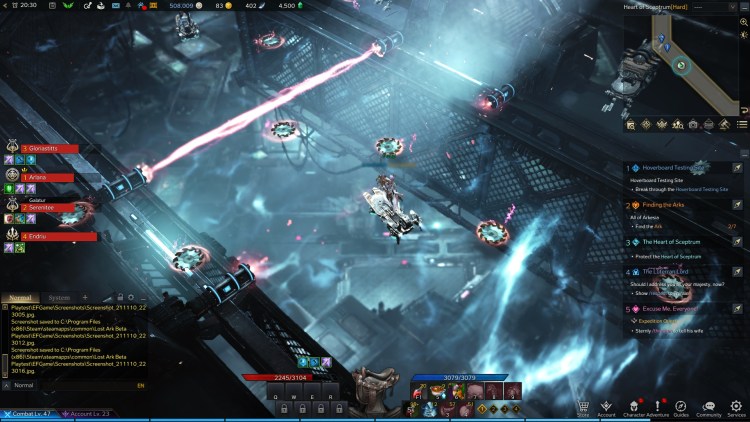 And that’s just the PvE side of the game. There are also a bunch of PvP battle arenas. Unfortunately, I didn’t get to try them out in my preview of the Lost Ark beta. I was too busy creating my fifth character and discovering how they played. But I love battle arenas and MOBA-style combat. Lost Ark’s PvP looks like a well-done version of that, but you get to use a character you’ve designed, leveled, geared, and fallen in love with. That’s something I’ve been searching for in a game for a long time. Guild Wars 2 came pretty close, but the combat was too scrappy.

A key part of Lost Ark, as you’d expect from an MMO and an action RPG, is building your character. Each subclass can be further customized through the game’s tripod system. There are three levels of customization per skill that will change or improve the way it works. For instance, you can change the skill’s element, increase its area of effect, cause it to pull enemies towards you, and so on. It makes for a comprehensive building experience. Best of all, you can completely change your build for free. And you can save presets. 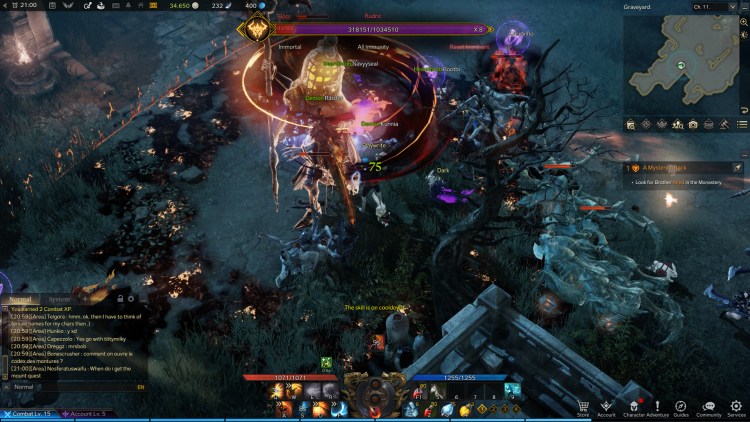 On the straight and narrow

Lost Ark’s story is centered around a conflict between people and demons. Long, long ago, humanity was saved by heroes and an Ark. Now, the demons are returning. You need to become the new hero and find the Ark to save the world. This story will see you traveling the vast world and interacting with many endearing characters. Early on, you team up with a half-human, half-demon (known as a Delain) priest named Armen. He’s a complex supporting character with his own quite literal inner demons. Diverse and engaging characters are essential to building an immersive world, and I think Lost Ark has done a good job of it. 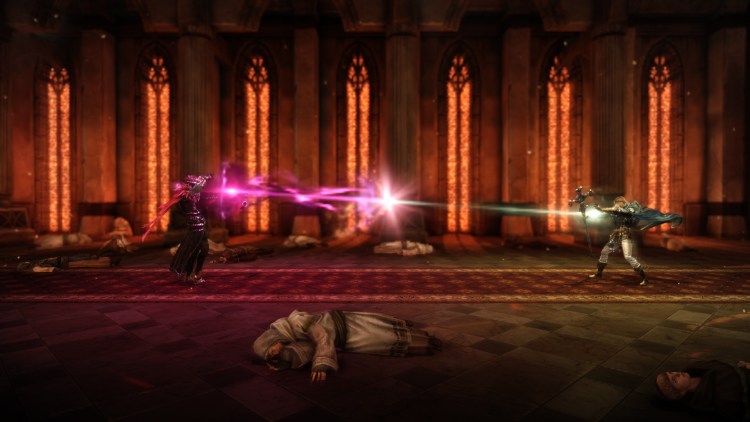 There’s also a rapport system that will allow you to learn more about some NPCs. Raising your rapport with certain characters rewards you with some nice items and currencies. But more than that, it helps you bond with the main NPCs scattered around the world. You become more invested in their role in the narrative, which makes for a more immersive experience. Disappointingly, some of the characters are a little one-dimensional.

Other than the gender-locked classes, my main complaint about Lost Ark is that the early parts of the game are very linear. I would like a bit more room to explore and license to get lost. It would help if the maps were larger with more open spaces. They do improve down the road. In a similar vein, a lot of the area-specific side quests feel trivial. I hope Smilegate and Amazon lowered the requirements for these quests for the beta because right now they are unfulfilling. Running to an area, looting one plant, and returning to the quest giver is tedious. It’s an unexpectedly poor design decision compared to the rest of the game.

Patience is a virtue

As I’m sure you can tell from my preview, I thoroughly enjoyed the time I spent in the Lost Ark Closed Beta. The game does so much right and well. And, since it’s already been a huge success in Korea and Japan, you know it’s got plenty of content to keep you gripped for a long time. I can’t wait to create a host of characters, experience the entire story, and start testing my skills against the toughest PvE content and PvP players. 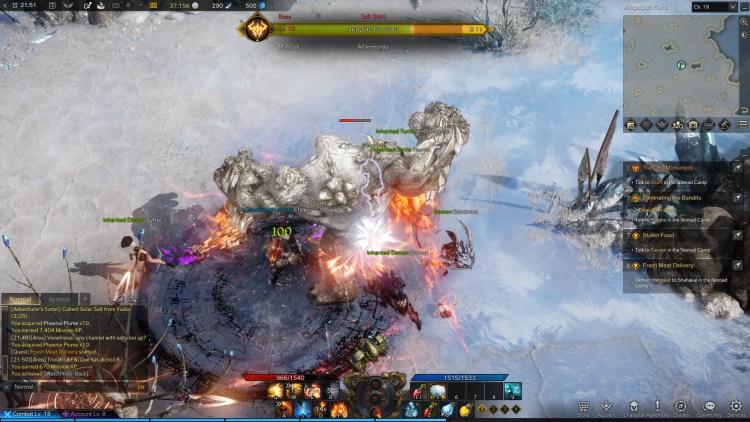 Now, we just need to wait until March 31 to venture into Arkesia for real this time. My excitement level is making that feel like a long way off. To help you get through the months until then, you can check out the Lost Ark website to learn more about the classes and plan your character. More likely, your numerous characters.

Lost Ark will be free to play. However, you can purchase Founder’s Packs through Steam for PC. These will give you a three-day head start, an exclusive pet, and some other decent perks and cosmetics.