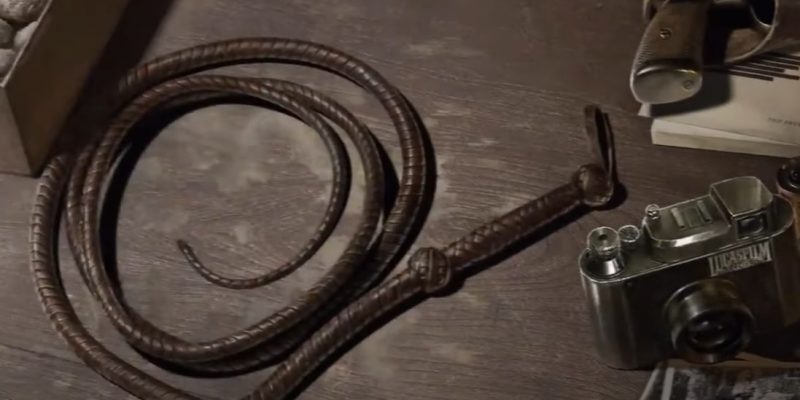 In an extraordinarily quick turnaround since the Lucasfilm Games announcement, one of its first projects has been revealed. In collaboration with Bethesda, Machine Games, and Lucasfilm Games, an Indiana Jones game is in development. It’s early on in that process, but this seems like a melting pot we definitely want to stir.

For now, a short animation has been released, simply showing the developer and a little Indiana tease. Bethesda then followed up the clip with a small synopsis of what the company is working on, and who’s responsible for what. Core development is being handled by Machine Games, the team responsible for rebooting Wolfenstein with The New Order. Bethesda Game Studios’ Todd Howard will be brought in as executive producer, and Lucasfilm Games will be collaborating on the whole project.

If you want to know more actual game details, you’ll have to wait a while longer. Bethesda closed out its follow up post by saying that although the team is excited to share the reveal, it will be some time before we get to see more. However, a blog post does say that this will be a “wholly original tale” set at the height of Indy’s career. In the meantime, maybe Howard can go work on those other small indie games we know about before moving over to Indiana Jones.

A brief yet strong pedigree

If you haven’t heard much about Machine Games prior to Indiana Jones, you have nothing to worry about. Bethesda picked the studio up after it pitched an idea for Wolfenstein, and neither will have looked back since. That reboot was followed up by Wolfenstein: The Old Blood and Wolfenstein II: The New Colossus, both of which were also pretty damn good.

So, the developer knows a thing or two about taking down Nazis, which should come in handy for Indiana Jones. Again, we have no projected release date for this one yet, but expect to wait a while longer. In the meantime, let’s see what else Lucasfilm Games wants to announce.