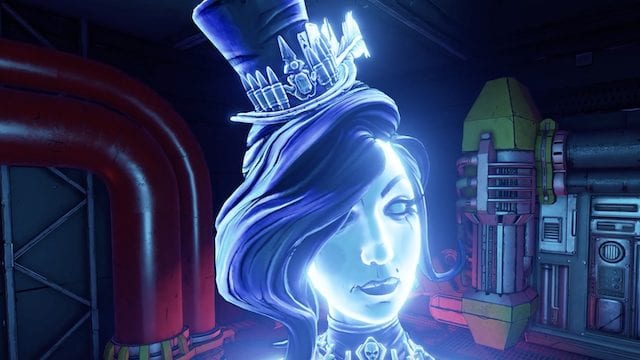 As teased yesterday, after offering a rather huge story in its main game, Borderlands 3 is about ready to expand with its first campaign DLC. And it offers a familiar face that fans should love seeing again. Mad Moxxi is the headliner for Moxxi’s Heist of the Handsome Jackpot, which is set to make its debut in-game starting December 19.

The trailer below promises a smashing good time, as Vault Hunters attempt to take over a space casino designed by Handsome Jack himself. However, the odds — as well as the house — are against them, with many enemies stepping up to defend it.

Why does Mad Moxxi want to rob Handsome Jack?

Regarding the femme fatale’s motivations for getting even with the swindler, she’s got her reasons. Apparently Jack stole the design of the casino from Moxxi, and she’s looking to even things up. Again, that’s easier said than done, but this heist comes with vast rewards for those that take it on.

This includes a safe packed with Legendary weapons and gear, along with a fair share of Eridium and cash. This means being able to buy more goods – if you survive to score this Jackpot. You’ll also get new heads and skins, weapon trinkets, and other goods to share with your buddies.

That said, developer Gearbox Software did note that there’s a provision in place. To access the casino, you’ll need to get to level 13 within the game and have access to Sanctuary III. Fortunately, the DLC is a month away, so you still have time to properly level up in-game.

Those that have the Borderlands 3 season pass — or bought the Super Deluxe Edition of the game — should have access to the DLC on day one. It should also be available for separate purchase, though a price isn’t on hand yet.

Enjoy the madness of the trailer above, and check out Moxxi’s Heist of the Handsome Jackpot when it arrives just in time for the holidays!

By Kevin Foley31 mins ago
Hardware