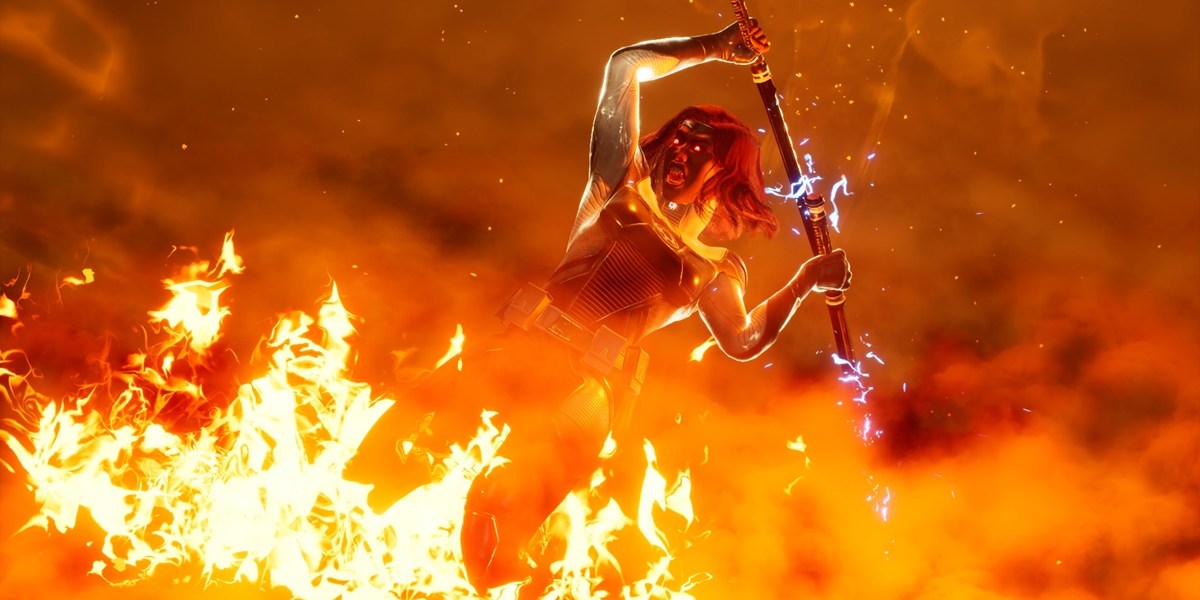 After constructing the Armory in Marvel’s Midnight Suns, you’ll see a tab in the Forge that lets you start these solo activities and puzzles. The Hunter’s own quest becomes available from the get-go, and is likely the first one that you’ll do. Here’s our Marvel’s Midnight Suns Hunter Legendary Challenge Mission guide to help you acquire the Bladestorm ability.

Note: For more information, check out our Marvel’s Midnight Suns guides and features hub. Likewise, you can take a look at our main guide regarding Legendary Challenges/Cards.

When you start the Hunter Legendary Challenge in Marvel’s Midnight Suns, you’ll notice that your character has several Charge cards. Likewise, the mobs have their own stuff that they drop, and there’s a crystal that’s further away. Your goal is to use the mobs to your advantage so you can break the crystal. You must do this in a single turn and without using up all your cards. You need to do the following actions in the correct order: This skill not only does decent damage in an area, but it also pushes away hostiles. If you can get them bunched up (i.e., Magik’s Portals/Gather or other knockback perks), you can lay waste to a lot of foes. Take note of the direction of the push as well, since they get hit obstacles, explosives, drops, or other units.

Moreover, you’ll acquire the Midnight Suns combat outfit for the Hunter, which unlocks the Shadowstalker passive. Once per encounter, you can redraw a Hunter’s Heroic card to gain the Concealed trait (i.e., enemies cannot target you directly).

Note: The Hunter’s Bladestorm in Marvel’s Midnight Suns is just one of three Legendary Cards that the character can obtain. Likewise, you may craft a duplicate to upgrade it via the Forge. As for the other two legendaries, they’re tied to the Light and Dark alignment mechanic. The good thing is that you still have a chance to get the other legendaries during the course of the campaign if you manage to hit 100 points for either branch, as well as a duplicate of that at 200 points. Lastly, it’s even possible to receive the other alignment-based Legendary Card that you don’t have yet once you’ve acquired all Words of Power in the Abbey Grounds. Marvel’s Midnight Suns: How to get Legendary Cards from Challenges

By Joshua Chu8 mins ago
Guides

By Cameron Woolsey42 mins ago
Guides

By Matt Henzel4 hours ago
Guides