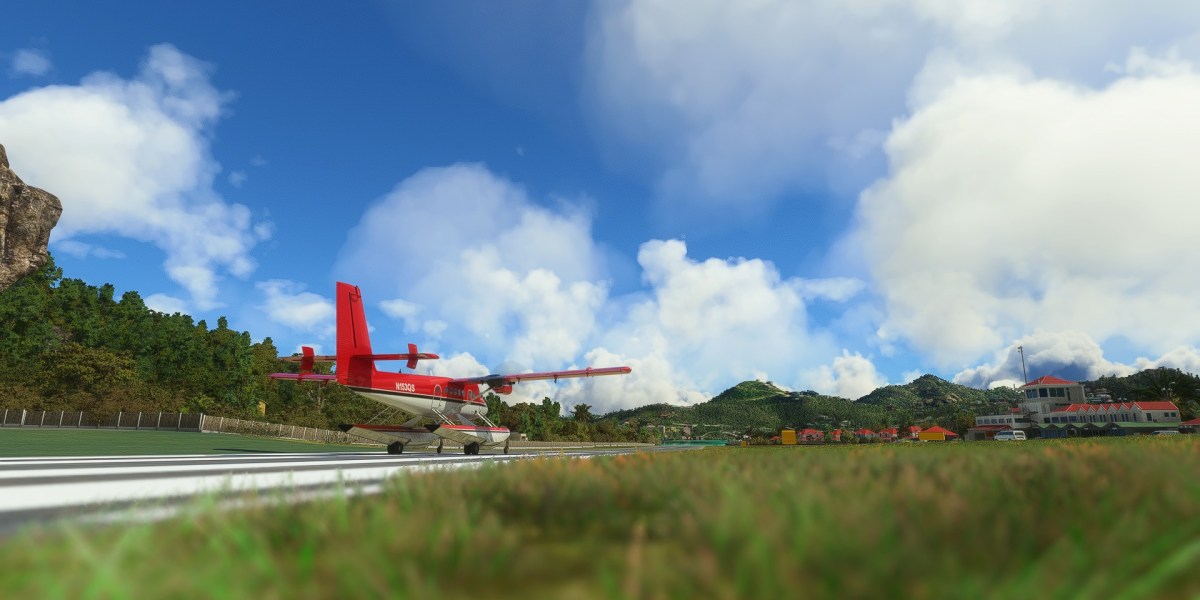 Microsoft Flight Simulator will zoom past its second anniversary later this year, and a lot about the game has changed since its maiden voyage. It has grown substantially; not only in terms of player base, but also core features, and, quite fittingly, the amount of additional content. The flow of new products has gone from a trickle to a stream, and yet, we’re still in the early stages of what is very likely going to be a very long shelf life for the sim.

The thing is, while this series of events is par for the course, as is the case with most other major simulators, Microsoft Flight Simulator plays by a unique set of rules compared to its direct competitors and predecessors. Its playbook is just about the best we’ve seen in the industry yet.

A tradition from ye olden’ days

Add-on products for simulators has been a long-standing industry norm. Sure, most games today receive post-launch content (especially “live service” titles), but simulators were doing this long before it hit the mainstream. Seeing that the Microsoft Flight Simulator series has always been one of the biggest names in the sim genre, no doubt it’s responsible for introducing thousands, if not millions of folks to the concept of add-ons.

Even going back to early versions of the series, add-on (or expansion) CDs for scenery upgrades and even core sim functionality upgrades were a thing. As the series grew with time, each new edition had more and more add-on products to offer. With the internet rising sharply in popularity primarily during the FS2004 era, this version of the sim — along with the penultimate FSX — chugged along for an even longer period of time. 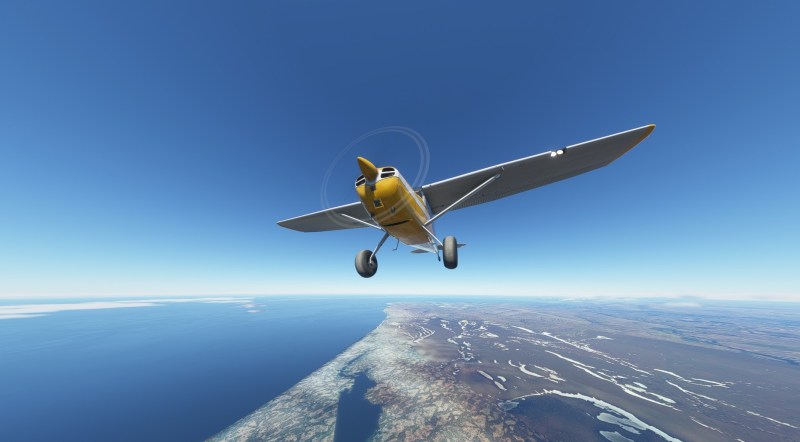 Early versions of Microsoft Flight Simulator were responsible for introducing a sizeable number of its players to the concept of paid expansions.

That said, this was primarily a result of Microsoft pulling away from the series after FSX. Add-on makers, both professional and hobbyist, were left to continue tinkering away with the remaining titles for as long as it was feasible. Particularly with FSX, however, the phrase “growing long in the tooth” fits all too well when describing its situation.

With FSX‘s obscenely long shelf life of about 15 years, add-on makers had to make something of what was essentially a “mostly” done platform. The sim infamously had some gaping holes left in its coding that were never properly plugged due to Microsoft shuttering its development studio.

With the lack of a true successor for quite some time, the FSX community had to make do with the sim as it was and artificially enhance it as the years grew longer. This process wasn’t the most ideal. Amassing several different add-on products to upgrade the sim’s visuals, scenery, and aircraft would not only be an overhaul, it would be a huge consumption problem time-wise, money-wise, and resource-wise. Not to mention there’s the always looming threat of potential instability due to add-ons conflicting with one another. 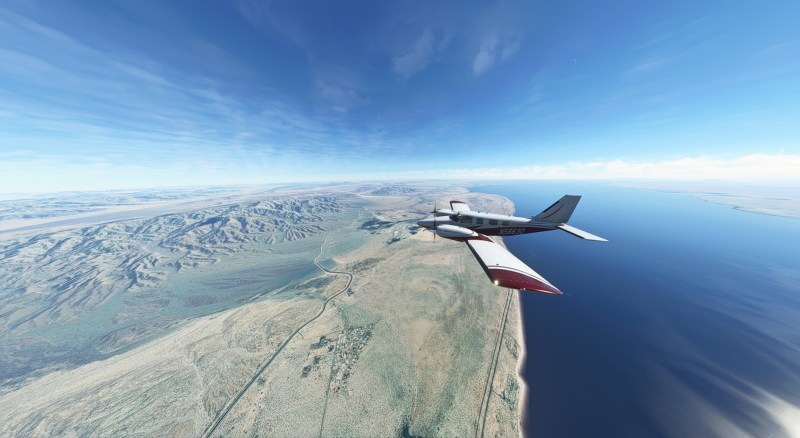 Particularly in the FSX days, add-ons were an essential but sometimes crude way of trying to help the ageing sim with the fast improving times.

Different circumstances exacerbated FSX‘s situation, but it’s still a situation that every other flight sim has faced. The “base sim” is treated as such: like a building’s foundation. The largest add-ons don’t just plug into the existing sim, they truly add a whole new partition to the experience, particularly scenery/airport upgrades and utilities like texture and sound enhancers. Due to the technical limitations of the time, having such add-ons started to feel more and more like a necessity the more players engaged with the sim.

For myself, I nostalgically recall spending hours researching what the best add-ons were and looking at other people’s setups to make mine look as impressive. This tinker factor is par for the course with the world of flight sims. And still, I’ve hardly talked about aircraft add-ons themselves even though they should be the main focus. Of course they play a major role, but everything around them is also quite important. That’s the thing about these flight sims, including more modern ones like X-Plane 11, you get a simple set of blocks with which to start. If you really want to have a truly remarkable experience, you’re going to have to pony up for some deluxe building sets.

The argument that I’ve been setting up is that add-ons for flight sims are arguably inescapable. At some point, if you really want to flesh out your experience, you essentially have to start doing some add-on hunting.

This leads to hours spent researching reviews, looking up system requirements, and, of course, doing some internal bartering with yourself over those not-so-inviting price tags. For the most impressive add-on products out there, some of them have notoriously been more expensive than the sims they’re for. FSX became known for this, because its age meant the game itself wasn’t expensive, but its add-ons retained fat price tags. And why is that? It’s the result of our old buddy “supply and demand.” 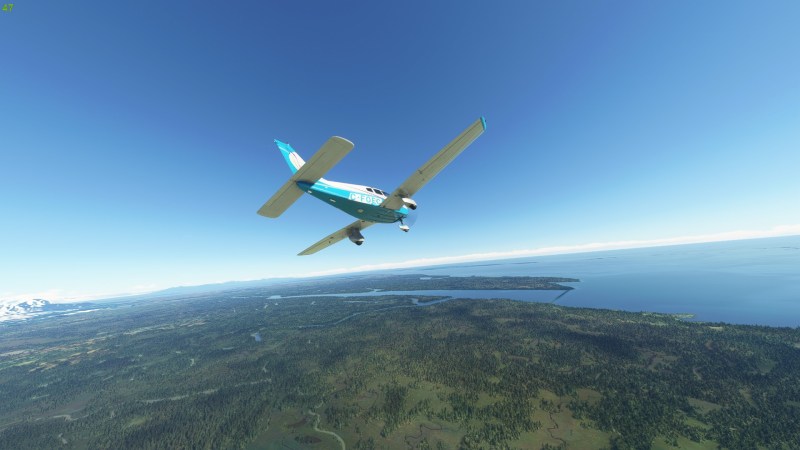 Flight sim add-ons have notoriously been expensive due to their small market presence. But, MSFS is changing that notion.

Despite their perceived importance, the fact that there is a bar for entry immediately puts add-on products into a small pool. The companies behind them are often smaller in size, but have an impressive amount of talent. This is what allows them to engineer complex products, especially aircraft add-ons. The most prominent of which are designed with painstaking detail, coming as a result of thousands of hours of coding, modeling, testing, and fixing. That’s why in most cases, such products never cost less than $30 USD, and that’s still considered the end of the spectrum.

So, what exactly makes the situation surrounding Microsoft Flight Simulator any different? Well, now these products have a chance to swim in a much larger pool.

MFS developer Asobo made the key decision to include an in-game Marketplace that sits prominently in the sim’s main menu. Thus, products are shoved right in the faces of the active player base, taunting them more and more with each visit. This has resulted in a key trick that all products need to truly succeed: discoverability.

Aside from the true sim enthusiasts, a casual player likely wouldn’t go out of their way to seek out add-ons. They may only be invested enough in the experience to poke around for fun. But, subjectively, flight simulators aren’t exactly set up for long periods of casual enjoyment.

As the entire “simulator” tagline suggests, they’re meant to be serious experiences. Quick bouts of loose fun get stale pretty quickly. The expectation is that it you’ll get hooked enough to not only keep playing, but to peer deeply into the wide world of supplementary content and build upon the “base” experience. With Microsoft Flight Simulator having such bait front and center, it should, in theory, swing more up-and-coming enthusiasts right into this very mindset. 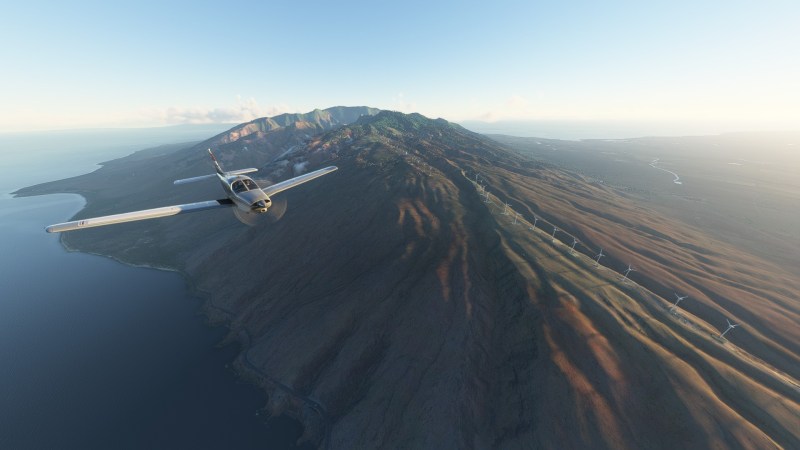 Microsoft Flight Simulator has made add-ons more prominent than ever to the masses.

In addition to the Marketplace’s prominence, the rise of social media in these modern times compared to past generations also leads to products getting shown off, all without their creators even having to advertise. If the studios make a cool enough plane or airport, the core enthusiasts will latch on and share it in videos and screenshots. It leads to commenters asking the same thing: “What’s that and where can I get it?” I’ve been seeing it for myself more and more. And the icing on the cake to all this is that it’s not only beneficial to the companies — it’s also beneficial to the consumers.

PMDG is one of the lead companies in the world of flight simulation add-ons. As of the time of this publication, the team is putting on the finishing touches to its coveted Boeing 737 series, which is set to come to Microsoft Flight Simulator in 2022.

This very complex, “study-level” add-on has notoriously been one of the major examples of a premium add-on product that costs far more than the sim itself. But PMDG has come out and stated that it’s taking a different approach for this upcoming release.

Rather than launch the aircraft models as one entire collection, they will instead release individually. This allows customers to pick and choose exactly which aircraft they want at a noticeably lower price tag than past iterations of this add-on. Why such a drastic selling plan? Well, it’s all thanks to Microsoft Flight Simulator’s much larger player base.

During a recent developer Q&A, Jörg Neumann, the head of Microsoft Flight Simulator at Asobo, excitedly revealed that they’re seeing extremely high levels of player engagement. On top of that, the game continues to grow year over year. The market is getting better with time, and as the sim expands in its wealth of content, it’s expected that so will the player base. 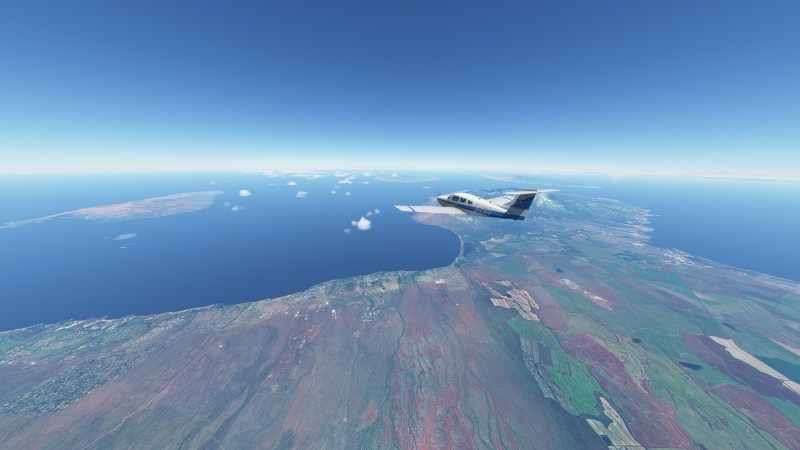 As Microsoft Flight Simulator‘s already expansive player base continues to grow, the prices of its add-ons should also decrease.

Again, all of this bodes well for consumers and leads to what should be a self-fulfilling prophecy. While this doesn’t necessarily mean that add-ons that would’ve gone for $60 USD in the past will suddenly cost $25 USD, it does at least show there’s a strong chance prices will be more reasonable than before.

Microsoft Flight Simulator has shaken up the scene by capturing the attention of such a huge number of players. It’s a gorgeous and complete out-of-the-box experience that has pushed people to fly in and stay a while. And the more they do, the more likely they’ll start investing in add-ons.

Of course, aside from strong brand recognition, the cherry on the top is that Microsoft Flight Simulator is a tentpole Game Pass title. Its inclusion further incentives curious newcomers since they’re essentially pushed through the door with no risk.

Given this very strong set of positive circumstances, it’s going to be hard for any other sim to replicate what Asobo has pulled off with Microsoft Flight Simulator. Nonetheless, considering that this title is set to be supported until the 2030s, it’s going to continue to have quite the runway to grow ever larger and fly farther with the passing months and years. 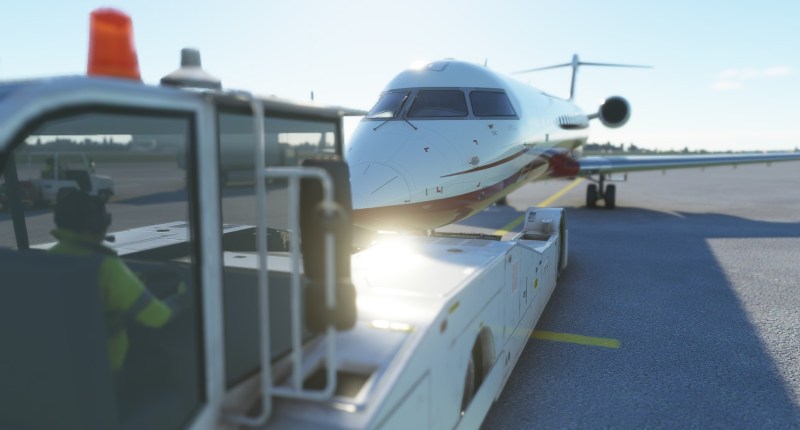 Complex add-ons may very well still remain relatively higher up on the price list, but if PMDG’s new model works out, that could permanently make such products more accessible to the masses.

You can apparently spare the bosses in Sifu, making way for alternate endings

Back 4 Blood’s February update adds Stay Together option, balances for cards and weapons

By Leo Gillick4 mins ago
Features

By Matt Henzel21 hours ago
Features