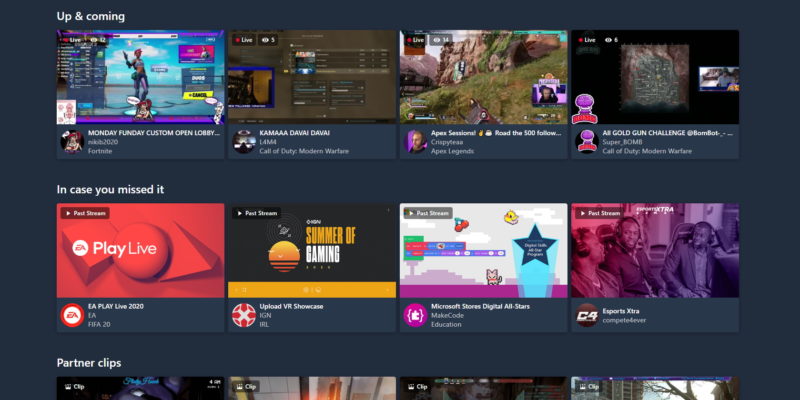 [Update – June 22 @ 4:30 PM EST]: Apparently, Microsoft not only didn’t inform streamers it was shutting down Mixer, but its employees as well. One Mixer employee, Tara Voelker Wake, wrote on Twitter: “We didn’t know this was coming. We found out right before you.” In addition to the news, sources claim Ninja and Shroud have turned down contracts for Facebook Gaming.  Streamer King Gothalion, who moved form Twitch to Mixer, will continue on to Facebook Gaming.

Mixer is shutting down, Microsoft announced today. The service apparently didn’t meet expectations, according to a report by The Verge. In its three-year battle with streaming giant Twitch, Mixer was unable to gather the traction necessary to continue the competition. Instead, the company has partnering up with Facebook Gaming. Mixer partners and streamers will begin the transition over to Facebook starting today, as the operations side of the service will wind to a close on July 22.

The story comes as a surprise, in a way. Certainly, Mixer had been trailing behind Amazon’s imposing Twitch streaming service for years. But Microsoft’s integration of Mixer into Xbox One allowed users to jump into their favorite streams at any time. Streamers could start up a game and instantly begin broadcasting, with the Xbox OS advertising how many channels were live for each game. It was easy to find streamers as a viewer. Microsoft also made waves by signing up popular streamers like Ninja and Shroud, who brought in a good portion of their respective communities from Twitch.

It clearly wasn’t enough. Speaking with The Verge, Microsoft’s Phil Spencer talked about the most important factor in long-running the Mixer X Twitch showdown: numbers. Twitch had them, Mixer did not. And much of it had to do with timing.

“We started pretty far behind, in terms of where Mixer’s monthly active viewers were compared to some of the big players out there,” Spencer explained.

The path most traveled

The closing of Mixer will, naturally, mean big changes for its streamers and communities. According to the announcement post on the Mixer blog, partners will still maintain their contract if they decide to move to Facebook Gaming. The sign-up process will begin today. In the attached FAQ on the post, all past VODs (recorded streams) will be inaccessible after July 22, unless the partner gets approved via written request. Microsoft has also ended partner applications. And after July 22, the Mixer app will be removed from the Xbox One.

The blog post isn’t too clear on the possible options partners now have on the table, however. At a glance, it appears Mixer partners can transition to Facebook Gaming, if they wish. However, according to the report on The Verge, partners and streamers can decide to pack up their bags and stream elsewhere. Even though both Ninja and Shroud made the jump from Twitch over to Microsoft’s camp (with possibly a whole deal of money involved), there’s a good chance they’ll come back to their old haunt. 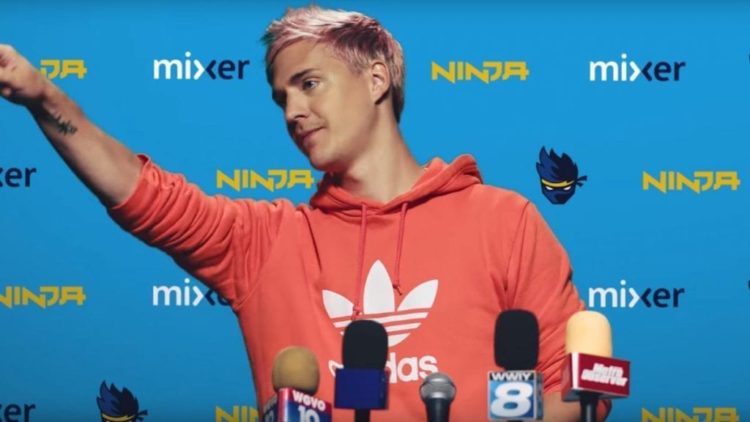 The decision to pull the plug may also have something to do with xCloud. Microsoft’s game service stream — still in development — only gets a brief mention in the Mixer blog post. However, it appears that Microsoft is planning to bring the service to Facebook Gaming in the near future. And again, the reason why Microsoft didn’t bet on Mixer and xCloud integration is numbers — Mixer didn’t have them, Facebook Gaming might.

“When we think about xCloud and the opportunity to unlock gameplay for 2 billion players, we know it’s going be critically important that our services find large audiences and Facebook clearly gives us that opportunity,” Spencer told The Verge.

It’s a rough time for Mixer streamers at the moment. Undoubtedly, most of them have been broadsided by the sudden news. Hopefully they’ll find a new home before theirs closes up shop a month from today.