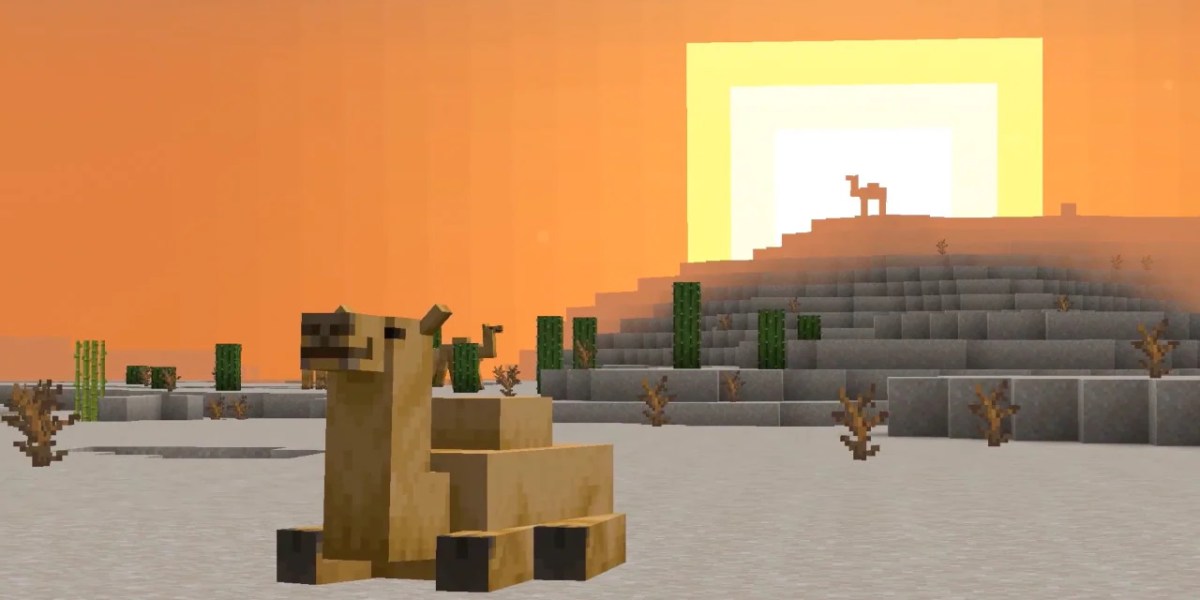 Over the weekend, Minecraft developer Mojang Studios unveiled even more big updates coming to the already massive survival sim during Minecraft Live 2022. Minecraft version 1.20 is set to bring a host of welcome additions, such as new default character skins, a camel mob, hanging signs, bamboo construction set, and more. The team also revealed the winner of the community mob vote. And it’s pretty much the adorable creature you expected.

But first, let’s go over a few of the things coming to Minecraft starting with update 1.20. It’s a long list, so let’s highlight the, erm, highlights. First off, Minecraft is getting a whole host of new default skins to choose from in update 1.20. Alex and Steve have been joined by seven new blocky faces, whose names include, Sunny, Kai, Makena, Zuri, Efe, Ari, and Noor. Mojang also points out in the update post that Sunny, Efe, and Noor were teased way back in the June trailer announcing the launch of The Wild update. Sneaky.

Bamboo is the new building material you’ll be able to use in Minecraft 1.20. And that’s honestly great news, as there wasn’t a whole lot you can do with the material before. You could make scaffolding or burn it for fuel, but now bamboo has a grander purpose. Like with other ‘wood’ material, you will be able to use bamboo to build homes. You can make walls, planks, doors, and even a bamboo boat. It should come in handy for those thinking of making a jungle base. Hanging signs are also coming in the update, so you can decorate your new bamboo house with them if you choose. 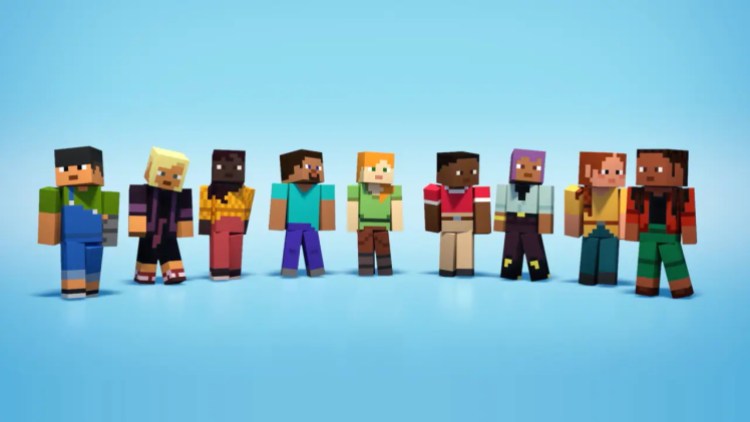 What sounds does a camel make, anyway?

Minecraft 1.20 is coming with a couple of new mobs. First off is the camel mob, which is a rideable beast you can find around the desert villages of Minecraft. Camels appear to be quite tall in the game, perhaps more so than horses. They also have a relaxed position where they flop onto the ground, and they wiggle their ears, which is pretty cute. The Minecraft community voted for the second mob among three choices. However, only one can stand supreme. And in Minecraft 1.20, that creature is the sniffer, a once-extinct animal born from eggs you can discover in chests found in underwater ruins.

You’ll be able to experience a lot of the aforementioned and more. Mojang is preparing a playable snapshot of 1.20, and will be available “in just a few days.”

There was a lot more shown off during Minecraft Live 2022, ranging from creator tools to updates on spin-off games. Check out the full show below, and head to the news post to learn everything about what’s coming to the long-running franchise.

Perfect Dark has been reverse-engineered, making way for a possible PC port