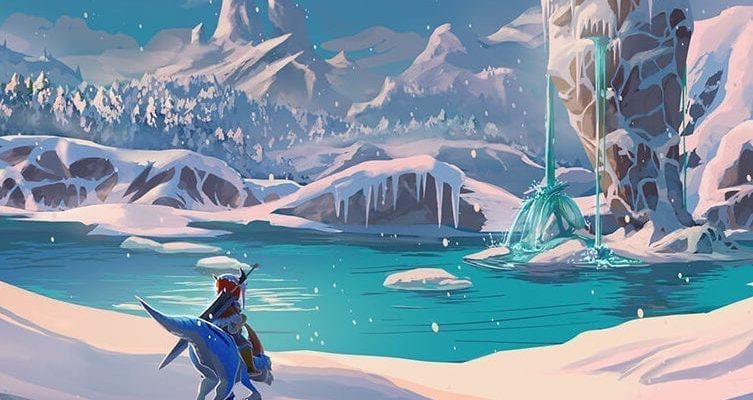 Monster Hunter World is finally getting its first big expansion, Iceborne. Capcom has not revealed much about the upcoming DLC, other than it promises to be a massive update that continues the game’s story. But, one can assume based on the “ice” in the name that it’s likely to take place in an arctic environment.

December’s big reveal indicated that new quests, higher ranks, and some fresh moves are coming. And the new terrain includes the possibility of bringing back some old favorites.

The Return Of Old Monsters

With older entries in the series, the game engines were mostly the same, so the team could port over all the monsters from previous titles. Additionally, many of the monsters are based on the same base skeletons. This meant that each new addition to the series would have an increasingly larger cast.

But Capcom wasn’t able to bring over all characters and creatures into MHW. That’s because the game is said to be radically different from its predecessors in both gameplay and graphical style. So, we have the long process of slowly introducing classic creatures into the new game.

With that in mind, my predictions are based on the assets the development team already have at their disposal, as well as if including a monster with an all-new skeleton would be worth it, sales-wise.

Nargacuga, Tigrex, and Barrioth: Three Favorites In One

For starters, the Nargacuga is the most likely monster to return. Its trailing red eyes can be seen at the end of Iceborne‘s teaser trailer, accompanied by its signature roar sound effect from past games. You can see its introduction cutscene just below.

The Nargacuga isn’t known to inhabit snowy climates, but arctic areas don’t have to be the only new biome in Iceborne. Alternatively, there could be a snow variant of the creature. Nargacuga would likely bring fan favorites Tigrex and Barioth with it since they’re all based on the same model.

Tigrex fills the Wyvern criteria that MHW is so dependant on, while Barioth is a bit of a lovable weirdo like Pukei-Pukei. Technically, they should all be regarded as one single pick, since they look largely the same except for the heads.

Lagombi: A Much Needed Fluffy Inclusion

Personally, I think Lagombi needs to be included in the upcoming expansion. It’s my all-time favorite monster. Plus, except for Paolumu, there are barely any fluffy monsters in MHW. Lagombi would be adored by new fans of the series. I mean, it is a giant angry snow rabbit that slides on its belly. Additionally, Snowbaron Lagombi would be an amazing Arch-Tempered Variant.

All-in-all, Lagombi is a snow-based monster that fans would love, and its base design would open the door for the “Fanged Beasts” class of monsters to add more variety.

This monster would be an insanely boring addition, but it’s an easy one, so it’s likely. Jade Barroth is a variant of Barroth, which is already in the game, except that it is more about snowmen than it is mudbaths. It is a bit of a different fight from the standard Barroth, so hunters going in expecting the same chore of a battle will be sorely mistaken.

This variant is much more aggressive and can inflict iceblight, which causes every action to take more stamina than usual. Plus, it can make U-Turn charges. Crazy, right? Again, this pick would disappoint me a bit, but I would understand its inclusion. All it would require from Capcom is a reskin and some new animations.

Now, Zinogre is a bit of an “out there” pick. It doesn’t have much to do with snow or ice, save for its white fur. But it’s one of the most beloved Monsters in the franchise. There was a bit of a “leak” a couple months back when some dedicated fans noticed Zinogre and Tigrex plushies appearing on the Capcom store before quickly disappearing. But other than that, there’s no concrete evidence of this monster’s return.

Capcom isn’t exactly known for having the tightest lips, so I’m willing to give this rumor some credit. But Zinogre and others aren’t snow monsters, which further suggests that the expansion will have more than just an ice biome.

Khezu: Straight Out Of A Horror Film

Khezu is probably the wildest monster Capcom could get from the Rathalos model. It’s a Wyvern that’s also straight up scary. It has that same weird charm as Gigginox but in a “giant bloodsucking leech” sort of way. The Khezu loves icy environments, making it perfect for Iceborne.

Let’s not forget the monster with the most screentime in the teaser trailer, Rathalos. Seems like a pretty good way to hint at the possibility of Khezu is to put emphasis on Rathalos since they’re based on the same structure. Overall, Khezu isn’t as widely beloved as Nargacuga or Zinogre, but it is a unique pick that doesn’t require all too much work on Capcom’s part.

Those are my five picks for the most likely MHW: Iceborne inclusions. But the expansion won’t release until autumn, so there’s plenty of time for new clues and reveals.

What do you think? Who is the most likely new challenger coming to Monster Hunter World: Iceborne, and why do you think so? Let us know in those handy-dandy comments below.