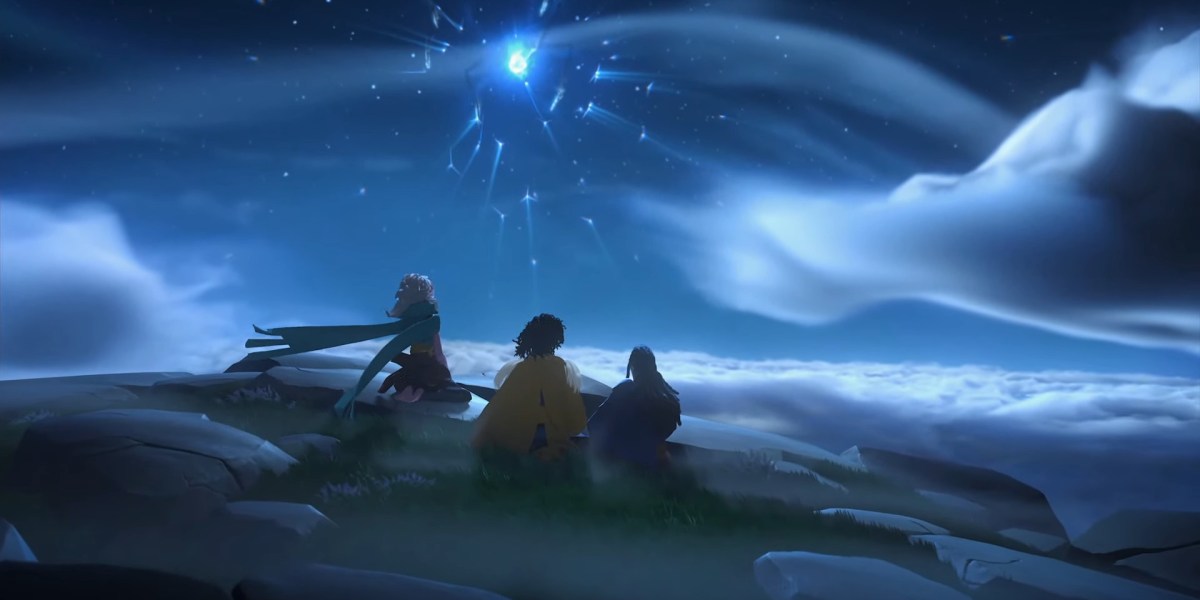 Everwild was shown off once more during today’s Xbox Games Showcase. The new trailer, dubbed Eternals, certainly makes the game look beautiful. But, like before, we still don’t really know what the actual game will be like. Rare is continuing to be mum on its nature-loving game, at least for now.

Everwild, by developer Rare, hasn’t been seen in the, well, wild since last year. The teaser trailer didn’t explain much about the game. And the newest video explains just about as much. My current takeaway is that Everwild is a slow adventure game. It follows a group of people, known as Eternals, who travel along gorgeous environments with their animal companions. In the trailer, we see one such massive beast being used to take down a tree. The exaggerated hand movements to guide the animal evoke some similarities to Avatar: The Last Airbender. That big, blue beaver-bison certainly gives off some Appa vibes.

There’s certainly an unmistakable environmentalism theme at play. Man and beast seem to live and work in harmony in Everwild. The nomads clearly share some kind of kinship with the animals of the world, even using some supernatural power to bring one back from the brink of death. There’s also a floating deer god of some sort, hinting at influences from Studio Ghibli.

Where the deer and the antelope play

Beyond what’s been shown, it’s hard to nail down just what kind of game Everwild will become. Rare is promising a “unique and unforgettable” experience, however, so we are intrigued. The game’s description from the Xbox main page doesn’t reveal too much, but it’s all we got for now.

“Inspired by the beauty of the natural world around us, Everwild is a brand-new game in development from Rare where unique and unforgettable experiences await in a natural and magical world,” reads the post. “Play as an Eternal as you explore and build bonds with the world around you.”

Everwild will be available on the PC and on the Xbox Game pass.