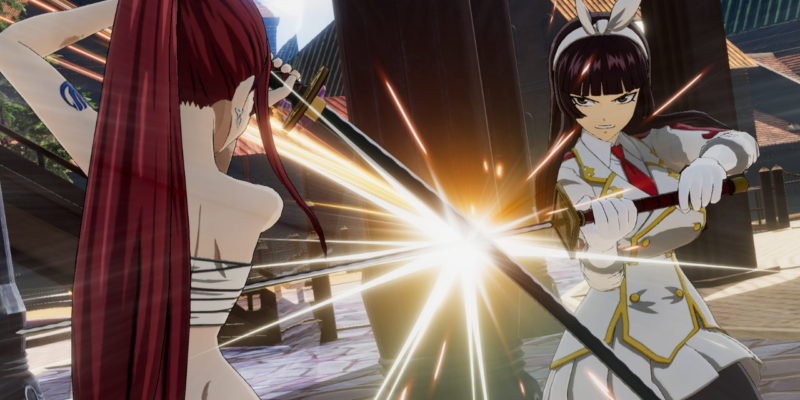 The studios originally announced the Fairy Tail game for a late June release, but they delayed it to July 30 due to COVID-19. In many ways, the delay is a promising sign. It suggests Studio GUST intends to make this game as good as possible. Given the rough history that many anime games have had, it’s an overall pro-consumer decision.

The trailer itself shows off three previously unannounced features that players can look forward to. The first is a series of original events never seen in either the anime or manga. You can discover these in the guildhall or around the fully explorable city of Magnolia.

As for the second feature, we see a particular focus on showcasing conversations between characters who very rarely interacted in the main series. Some examples seen in the trailer include Kagura and Jellal, Gray and Laxus, and Juvia and Chelia.

While these design choices look interesting enough, it’s the gameplay that will decide how good the Fairy Tail game will be. Thankfully, GUST hasn’t overlooked this. By strengthening connections with your party members, you can unlock new skills and magic to use.

As with many other JRPGs, you’ll have the freedom to pick and choose whatever party members you want. If the trailer is anything to go by, this might not remain limited to just the main characters from the show. We see more niche characters like Tartaros’ Seilah and Mermaid Heel’s Kagura Mikazuchi, for example.

If you’re interested, you can pre-purchase the Fairy Tail game on Steam for $59.99 or your regional equivalent.