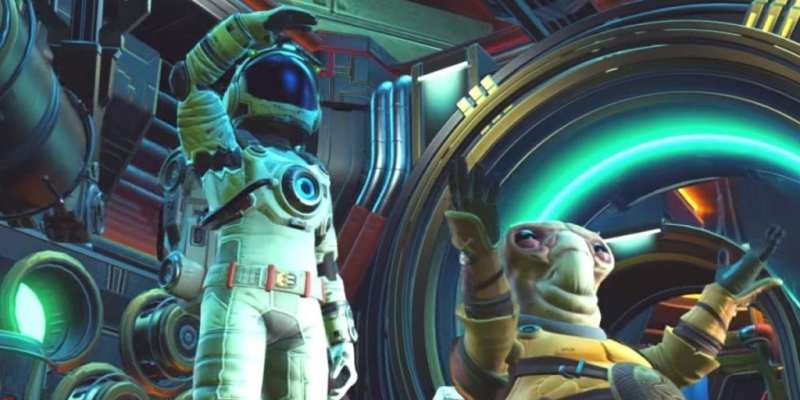 What a week! I just got back from vacation and could seriously get used to this three-day work week thing. Even if I’m gone, the PC gaming news keeps flooding in! Here are the top stories this week in News Breach. 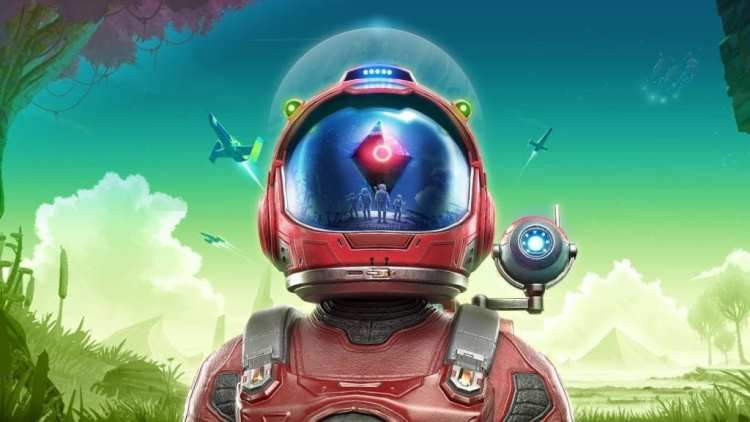 No Man’s Sky Beyond, the game’s biggest update comes out next week

A memory ingrained in the minds of many gamers was the launch of No Man’s Sky back in 2016. An overwhelming amount of players felt gypped of promised features such as multiplayer (remember when two players met on launch day but couldn’t actually see each other?). Still, there was a small camp of players who loved the game and stuck with it. After Hello Games went totally silent for the year following No Man’s Sky‘s release, they came back with a series of updates aimed at improving the game and adding in fan-requested features. The latest in this is the Beyond update, which comes out on Aug. 14.

No Man’s Sky Beyond is composed of three pillars, as Hello Games describes. The first pillar is an improved multiplayer, which makes interactions between players something that’s intrinsic to the game’s experience. There is even a sweet new neon social space for players to meet up. Pillar two introduces VR to No Man’s Sky. The third pillar is the binding that brings it all together. A lot of existing systems in the game are being overhauled to make sure that they all work with one another, instead of existing on their own, as part of that third pillar. There are also a handful of new quirks such as the ability to tame and ride animals. Sean Murray, in speaking with Kotaku, revealed that these animals can be milked and ingredients around the planet can be gathered as part of a new cooking system.

If you played the game at launch and were disappointed enough that you put it down indefinitely, I don’t fault you there. I think it’s worth noting that most, if not all, of the things that were missing at launch are either in the game now or will be when Beyond is out. The only thing still left on my wishlist is that giant snake seen in early promos for the game, but I’ve accepted that will probably never make it in. No Man’s Sky is the greatest comeback story in modern gaming. Hello Games has slowly been winning back players with regular updates and transparent communication. I played through the vanilla version of the game. When I came back for Foundation and Next, they felt more like sequels than they did updates. No Man’s Sky has been so incredibly fostered by Hello Games that it has become one of the most unique games on the market. 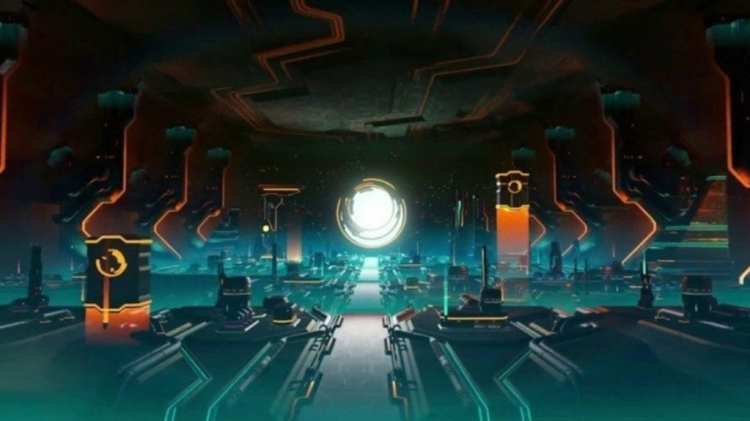 So, my challenge to you (if you had issues with the game at launch) is to list out all of the grievances you had with the game. Now, when Beyond comes out next week, jump back into the game and see how many of those problems have been fixed. I think you’ll be surprised at how many things you’ll be crossing off your list. 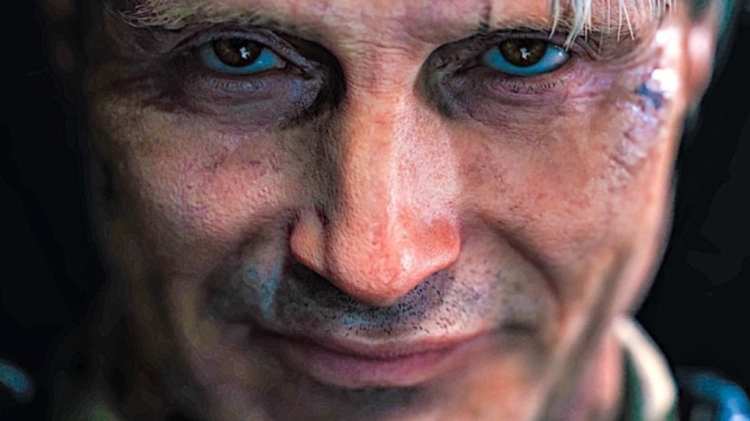 Could Death Stranding be coming to PC sooner rather than later?

A game we don’t get to talk much about here at PCInvasion is Death Stranding, even though it was very quietly announced years ago that it would come to PC some time after its PlayStation 4 release. The game has now been removed from Sony’s list of exclusives over on their website, suggesting a PC launch date will be announced soon. Check out the official PlayStation list of exclusives as it stands right now, and compare it to back in May via Wayback Machine. Death Stranding has been one of Sony’s most touted upcoming releases, so its exclusion from this list is both significant and likely intentional. 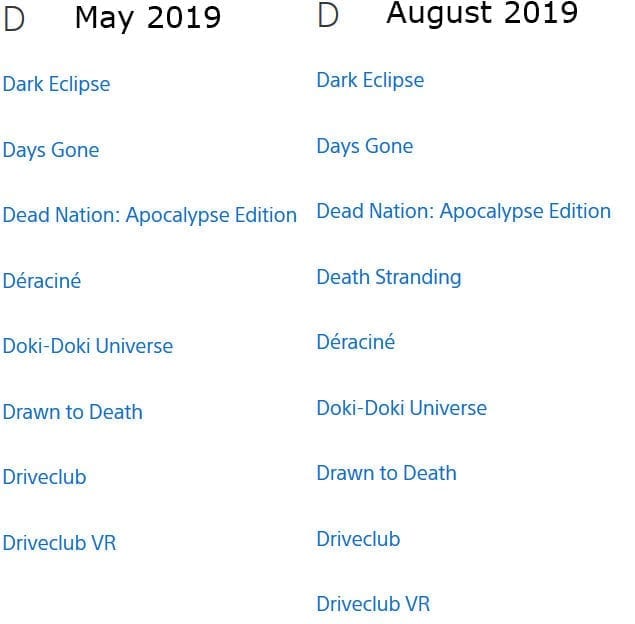 The list of PlayStation Exclusives, where Death Stranding is included in May (left) but noticeably absent come August (right).

With Gamescom coming up in just a few weeks, and Hideo Kojima bringing a new look at Death Stranding during Opening Night Live, it seems likely that Kojima has a big bomb to drop just ahead of the game’s November release.

Although the thing stuck in the back of my head about Death Stranding coming to PC is that I wouldn’t be surprised at all to see it come to Epic Games Store rather than Steam. Even though people will throw money at anything Kojima makes, it’s still worth considering the fact that Kojima Productions is a new studio. Epic’s revenue split makes way more sense to a business where the sales from their first game will determine what they can do next. Plus, people are so hyped for that game that when it comes down to it, very few of them are going to opt not to play it just because it’s on Epic Games Store. 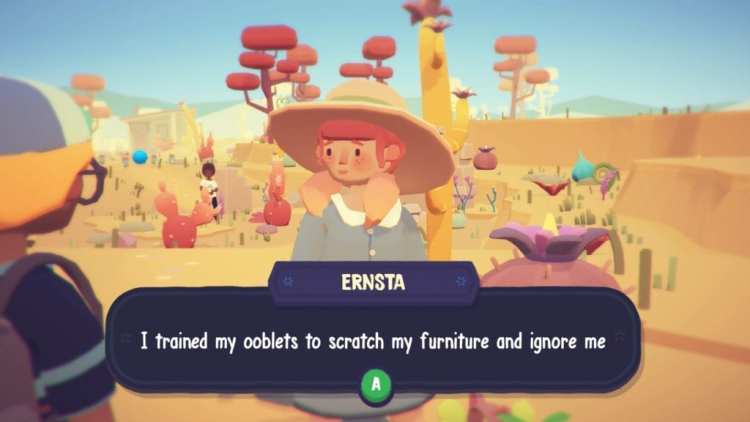 Last week, the developers behind the charming indie game Ooblets, Glumberland, announced that they would be signing a one-year exclusivity deal with Epic Games Store. They detailed this decision over on their website in a mostly comical fashion, but a very vocal minority of folks felt the tone was backhanded. In a very textbook example of the snowball effect, this turned from folks complaining about it online to people sending death threats to the developer and creating fake screenshots to try to ward off potential buyers. Following this mess, Epic Games released a statement condemning the behavior.

The announcement of Ooblets highlighted a disturbing trend which is growing and undermining healthy public discourse, and that’s the coordinated and deliberate creation and promotion of false information, including fake screenshots, videos, and technical analysis, accompanied by harassment of partners, promotion of hateful themes, and intimidation of those with opposing views.

I think this is an important story to close out News Breach with, not simply because of the details of what happened. More so, it’s because of what’s going on in the larger scheme of things. I’d say that these actions that came from a select few people were not as much in response to Glumberland’s announcement as they were from the increasing irritation over games being put on Epic’s platform. Many PC gamers don’t want to switch to Epic Games Store due to a lack of features that are found on other, more established platforms. I can understand this, and I believe wholeheartedly in the right to protest business practices that you disagree with. However, you cross a line when you resort to death threats and defamation. 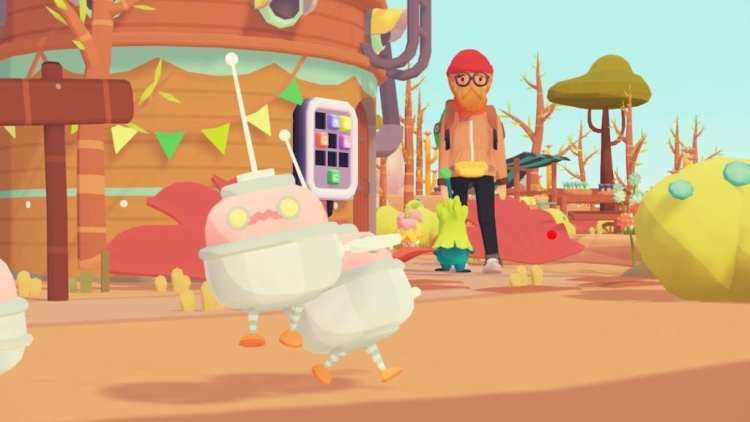 Let me lay this out bluntly in case anyone reading this needs to hear it: Your preference is never important enough to justify bodily harm on someone else! If you would like to voice your opinion, that’s fine. But you really should consider the harm you’re doing compared to the good it’s allegedly going to do. If it does mostly harm, then it’s been done for your vanity and not to reach the best outcome from everyone involved.

Guys and gals, it’s okay to prefer Steam over Epic. It’s okay to be bummed that a game that you’re looking forward to becomes exclusive to a platform you dislike. At the end of the day, how much does any of that actually negatively affect you? Not enough to justify the horrendous behavior that we saw with Ooblets.

As gamers who first and foremost play games because we love them, we need to band together and be better than this. 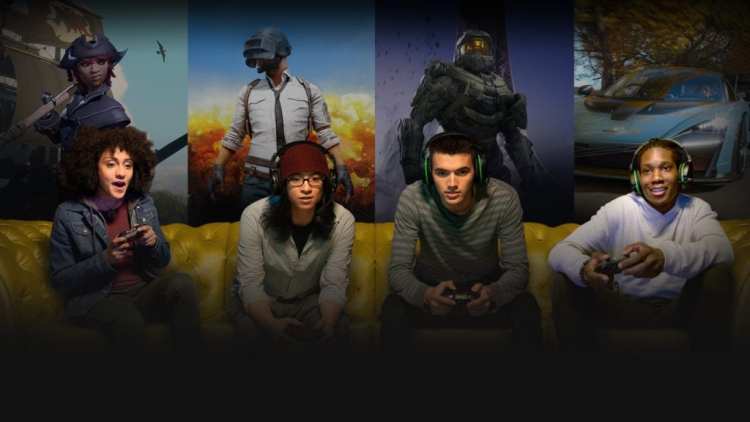 Thanks for checking in with News Breach

It’s tough to end on such a heavy note, but the future of gaming remains bright! Gamescom is coming up towards the end of the month, and hopefully we learn more next week about what we can expect to see. In addition to that, we have a ton of awesome-looking games coming out very soon and holiday season on the way! Remember to check back for the biggest news stories in PC gaming!