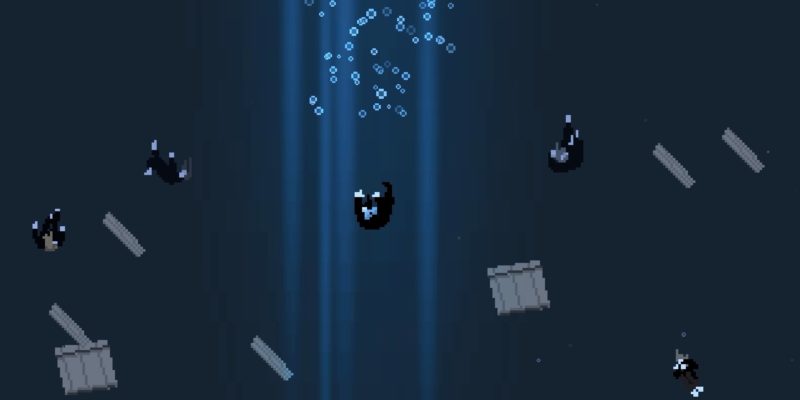 Nothing gets me more excited for the new year than the promise of unspeakable failure. Olija is a game that begins with a shipwreck, which is the failure I’m referring to, and is releasing on January 28. Not only that, but there’s a free demo on the Steam page that you can try right now. What better way to prepare for a future shipwreck than a present-day shipwreck? The game is being developed by Skeleton Crew Studio and Thomas Olsson, the team-up that brought us the spell-focused brawler BackSlash. This time around, they’ve partnered with Devolver Digital, so you know it’s going to be weird as hell.

Olija tells the story of a man named Faraday who, instead of having a cage, has a boat. But not for long. Get it? Because I keep referencing the shipwreck for some reason. He finds himself stuck in the country of Terraphage with naught but his trusty harpoon at his side. He’ll have to work together with other castaways he meets so that everyone involved can return to their respective homelands. Apparently, shipwrecks are extremely common in Terraphage. I wonder if the fact that it’s ominously named “Terraphage” has anything to do with that.

The game is made with 2D pixel art and is fairly interesting aesthetically. The title itself is taken from a character whom Faraday meets during the course of the story. Gameplay involves exploration, combat, and puzzles all rolled into one, with a setting inspired by Asian fantasy and sailor legends. In another interesting choice, the music is apparently inspired by flamenco, that delightful Spanish guitar music that you learned two chords of in high school. I’m sure that’s a universal experience.

The last bullet-point on the Steam page informs you that Olija lets you craft magic hats, too! I don’t know why that’s worthy of a bullet point, but it’s a Devolver game, so I’m curious to find out why.