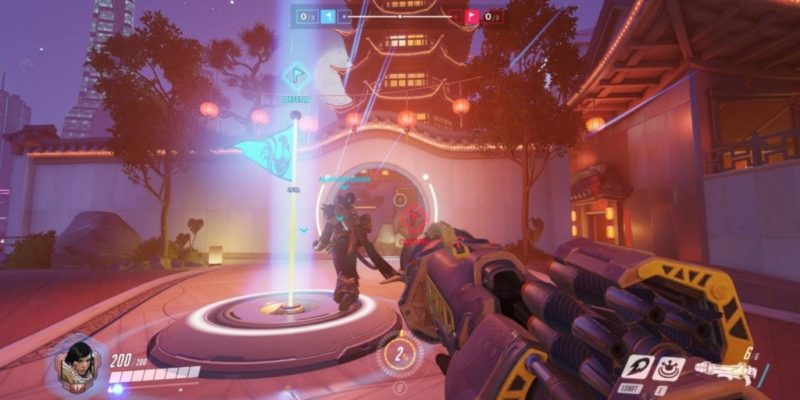 Yesterday, Blizzard launched their Overwatch Year of the Rooster event, and with it came one major addition: a capture the flag mode.

If there was one thing that stops me playing Overwatch for any length of time, it’s the lack of interesting game modes. Capturing a point is probably one of the least interesting multiplayer game modes in any FPS and there’s a lot of that in Overwatch. Escorting the payload is a little more interesting due to there being more strategy involved, but the game could do with more modes.

When the capture the flag mode launched last night it piqued my interest in Overwatch again. Without delay, the game was fired up to see if Blizzard had managed to pull it off.

The developer video interview released yesterday with Jeff Kaplan explained the challenges Blizzard has faced in implementing CTF and he has valid points. With a large cast of characters all with different abilities, it’s incredibly hard to balance CTF. Blizzard’s solution for The Year of the Rooster event is to add a timer to the flag pick-up but this has caused a problem; it can be tricky to pick it up.

After a few games it was apparent why Blizzard has struggled. CTF needs coordination, the flag needs to not only be captured but your team’s flag also needs to be protected. Unlike the excellent Quake CTF where players are all on a level playing field with the same characters and all having access to the same weapons, characters in Overwatch CTF need to be being specifically selected to carry out key roles in each match. For example, Lucio for a speed boost, Torbjorn with his turrets, Tracer for her dashing around, or D.Va for some bulk.

Jeff Kaplan mentioned in his video that after removing some skills, they decided to put them back as they offered more strategic options and improved CTF gameplay. He’s absolutely right. Playing CTF has been a lot more exciting than I had expected. The team I was playing in last night were competent and understood the advantage of filling key roles providing an effective attack and defense.

Blizzard’s solution for a pick-up timer on the flag works, but, as mentioned, it also causes a problem. With most flags being protected by Bastion or Torbjorn’s turrets, waiting for the timer to tick down to make the pick-up makes the attacker incredibly vulnerable. Most games ended up being a shootout just outside the flag zone and the bulk of attacking team dying during the attack. It was rare for a player to make it to the flag without being completely pounded by the opposing team.

This brings the next problem, the huge amount of drawn matches. Out of six games last night we only won one game and the rest were all draws. This indicates that the mode is by no means perfect, a fact that Blizzard acknowledges and one of the reasons why it’s not one of the main game modes. 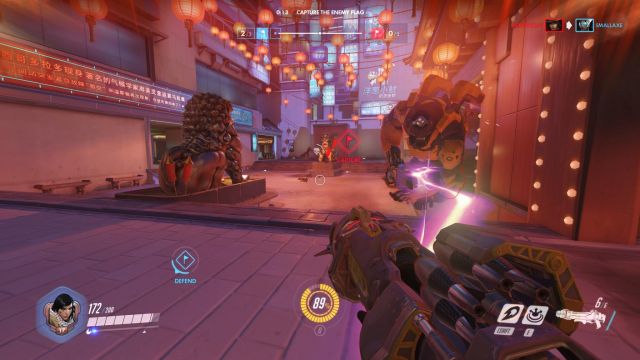 How Blizzard could get around this problem is either by decreasing the time needed to capture the flag on the timer or slightly increase respawn times in CTF to give the attacking team a slightly better chance. This would require real experimentation, and while there may be other options these seem the most logical.  I would love to see the traditional CTF mode implemented where the flag has to be returned before the enemy’s flag can be captured. Blizzard says it doesn’t really work in Overwatch but it would be great to find out why and whether players could adapt to it.

For a first attempt Blizzard has done a decent job. CTF in Overwatch has some real potential and it’s great to hear that Blizzard may look at the mode further and perhaps in the future offer it as one of the main game modes, not just as an Arcade brawl. At the moment players are still finding their feet with it and even by this morning team coordination had already improved in the matches I played.

Blizzard’s Overwatch maps are great and it would be interesting to see what they could create specifically for CTF. There’s only one map for the event, Lijiang Tower, and I wish there were more.