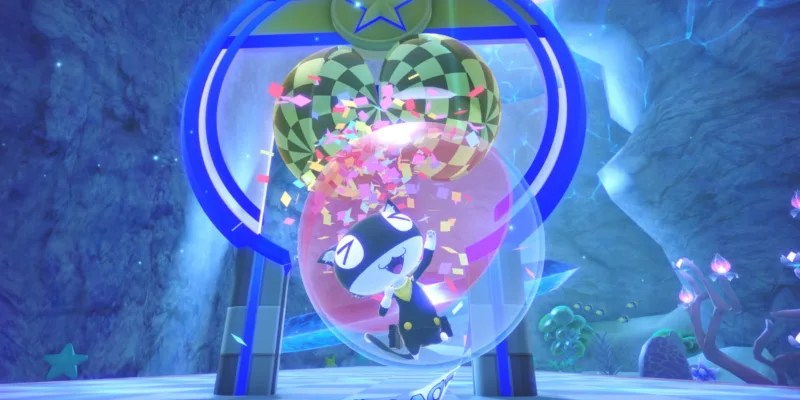 Sega has pushed out quite a bit of news regarding Super Monkey Ball Banana Mania in recent months. Along with the expected announcements of modes and other standard features, Sega has gradually revealed a whole slew of new playable characters that hail from the company’s varying IPs. Up to this point, Sega posted trailers for Sonic, Tails, Beat from Jet Set Radio, and Kazuma Kiryu from the Yakuza series. And just today, during the Opening Night Live gamescom stream, Sega revealed a fair bit more about Super Monkey Ball Banana Mania, including its party game selection and the addition of Persona 5’s Morgana as a playable guest character.

The new Morgana trailer showed the lovable mascot rolling and collecting treasure chests instead of the usual bananas. Unlike Beat and Kiryu, Morgana looks exactly like he did in Persona 5, which makes sense, as his anthropomorphic appearance fits the Super Monkey Ball world fairly well. Unlike the other guest characters, Morgana will come to the game as post-launch paid DLC, which may come across as off-putting to some, especially since he does not affect gameplay in any meaningful way. Ultimately, players will have to decide for themselves whether the $4.99 USD price tag is worth it.

What about the party games?

The party game trailer, on the other hand, shows several returning minigames from past entries, including Monkey Target and Monkey Baseball. Those unfamiliar with the Super Monkey Ball series may feel ambivalent toward these minigames, but longtime fans remember them fondly for their surprisingly robust features, so those players will definitely get a kick out of seeing old favorites again.

While the returning party games and Morgana do not exactly come off as groundbreaking announcements, they still make for quite fun additions to Super Monkey Ball Banana Mania. Players can try out the party games immediately when Banana Mania comes out on October 5, while those who wish to try out Morgana will have to wait until November 2 to do so.