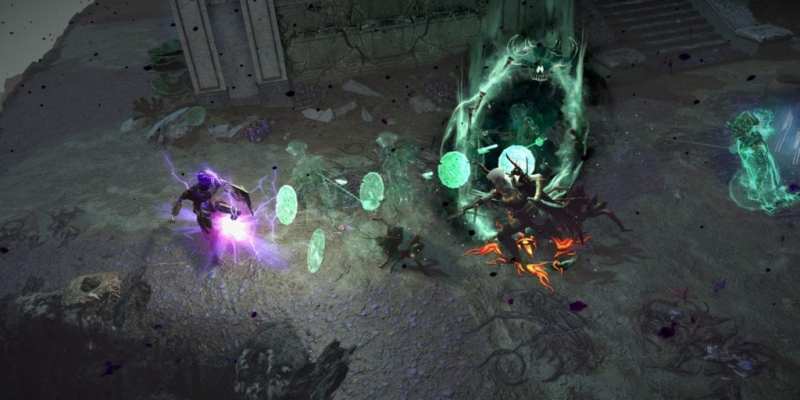 Grinding Gear Games has been hard at work in delivering an experience like no other for Path of Exile players with the Betrayal expansion. We knew that from our interview with co-creator Chris Wilson. Likewise, we learned a lot of details about Betrayal a month before the expansion even launched. So it comes as no surprise that players have gotten what they expected and then some, with the expansion breaking the game’s previous records. As it stands, with the expansion’s success, Path of Exile has managed to set a new peak player count at over 120,000 concurrent players. Check out the stats from Steamcharts:

Path of Exile‘s previous peak player count was 98,110. That was all the way back in August 2017, when Fall of Oriath released. That expansion marked one of the biggest changes to the game by adding new acts, a pantheon system, and more revamps than before. So it was a no-brainer that a majority of players gave it a go.

Betrayal follows and even exceeds in that regard. Not only does it have the brand new Immortal Syndicate meta-game, it also includes content from the three previous expansions in 2018. The content from Bestiary, Incursion, and Delve are now part of the core game, with their unique NPCs becoming masters in their own right. As for what happened to the previous masters, well, you’ll just have to play the game to find out what transpired.

Suffice to say, community reception has been fairly positive. In the official forums, players are clamoring to be the first to discover viable endgame builds while regretfully saying goodbye to others (RIP Quill Rain, you will be missed). Over on Reddit, players have heaped praises on the developers owing to the content and QOL changes that Betrayal provided.

Also, it looks like some players have hit the jackpot. One user by the name of Marudor actually managed to find not one, not two, but three Mirrors of Kalandra after capturing Syndicate members and getting them to “drop currency.” That’s the equivalent of winning three different lotteries on the same day! Even the game’s co-creator Chris Wilson had something to say about it in response.

There are still a few bugs and some kinks to iron out, but the Path of Exile community seems to be on the up-and-up. In any case, it seems this particular ARPG does have a lot of players who like to play on PCs while still having their own mobile phones.