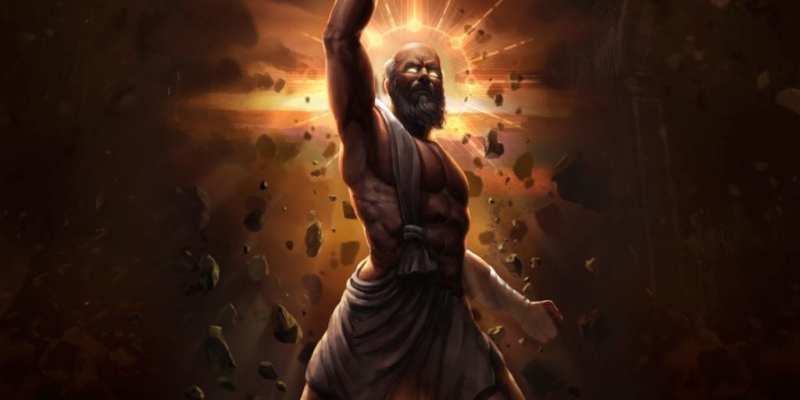 It’s been a turbulent 24 hours for Blizzard. During BlizzCon 2018, their announcement of Diablo: Immortal — which was only playable on mobile devices — didn’t just have a lukewarm reception. No, long-time PC players and fans were in full revolt. Blizzard’s decision, to many Diablo fans, was akin to a “slap in the face” and an affront to the franchise’s legacy. Elsewhere on the internet, this announcement was met with excitement. That’s because the perennial alternative to Diablo’s action role-playing (ARPG) goodness, Path of Exile, ended up having an influx of “Blizzard refugees.”

Check out some of the comments below: 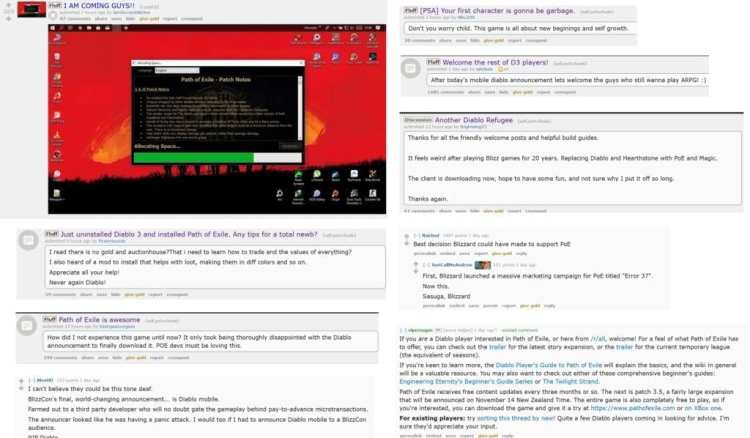 Friendship With Diablo Ended, Now Path Of Exile Is My Best Friend

The comments above are from Path of Exile’s subreddit. Numerous topics abound detailing stories of people who’ve abandoned the Diablo ship. This is quite fitting since newly-created Path of Exile characters wash up on the shores of Wraeclast. The official forums for the game are no different with similar discussions.

Threads, where Path of Exile players provided links to beginner guides and beginner-friendly builds, were there. Likewise, with the influx of new players, the Path of Exile Reddit community has overtaken Diablo in terms of subscribers. That’s a good sign for developer Grinding Gear Games. They released their flagship ARPG in 2013, a year after Diablo III’s disappointing launch.

Path of Exile, to many of its dedicated players, was an established alternative to the Diablo franchise. Those who became jaded by Blizzard’s decision-making process and design changes to their own ARPG caught wind that there was something afoot in the land of Wraeclast; a game which had the spirit of Diablo II but with more customization features. It took a while for Path of Exile to find its footing, but with the backlash that Diablo: Immortal is suffering, this infusion of new blood might make its community more vibrant than before. Even a website called playdiablo4.com ends up redirecting to the Path of Exile official page.

On a personal note, I do applaud the Path of Exile players for their efforts. While, yes, it’s true that some are just happy to give Blizzard a virtual kick-to-the-balls, many are just there to help out newbies. I was actually in the same boat a couple of weeks ago when I first started playing. I ended up writing a topic about how overwhelmed I was by the Path of Exile’s mechanics. Lo and behold, so many community members chimed in. Many were eager to aid those who were willing to put the time and effort in the game. Oh, and I’ll probably write about that experience in full in the next few days so stay tuned.

Watch How do I PoE again? RF Totems! ~~ !ILB ~~ from thejunglequeen on www.twitch.tv

Bonus: Some thoughts from David Brevik

This might be fitting to add. It’s commentary from David Brevik, the co-founder and former president of Blizzard North. Brevik is known as the Godfather of Diablo. During a Twitch stream last month, he threw some shade at his previous company stating that an Activision takeover would make Blizzard unrecognizable in a few years’ time. Do note that this was before the Diablo: Immortal fiasco.

Some might surmise, from the business side of things, that this led Blizzard to partner with NetEase for a mobile endeavor, but that’s mere speculation. Who knows if corporate wranglings played a role in anything Diablo-related? What we do know is that Mr. Brevik seems to be enjoying the Path of Exile stream in any case.

Blizzard Expected Backlash For Diablo: Immortal, But Not That Much