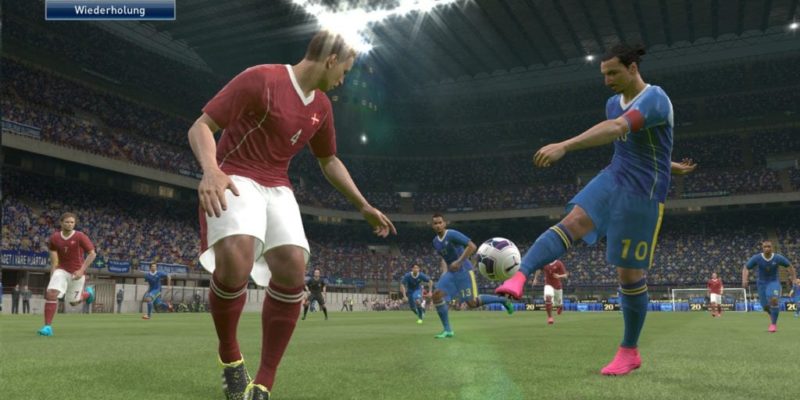 As the PES 2016 release date moves closer, it’s still extremely difficult to get any concrete information whatsoever about the PC version of the game. Just two PC-specific reviews have been released so far and neither of them are in English (one is German, one Polish). Metacritic incorrectly lists one (GameSpot) PC review, which was actually of the PS4 version. Our own efforts to secure PC review code have, so far, been unsuccessful.

We’ve known since June that PES 2016 on PC was going to be another ‘hybrid’ release (neither the same as PS4/Xbox One, nor PS3/360), but specifics have remained elusive.

At the time, ‘brand manager’ Adam Bhatti described it in the following terms: “PC version will have its own sort of entity there. It’s going to have a lot more of the features of PS4.” Incredibly vague statements, but June was still three months from release. 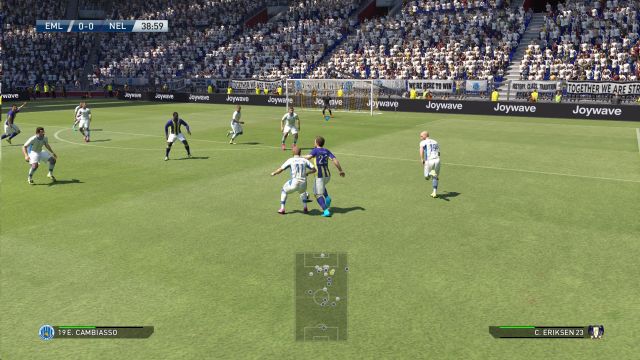 A screenshot from the PC PES 2016 release, according to the German review.

Since then though … very little has been cleared up. If you try to look for any specifics about the PC version on the official PES 2016 site, you’ll be disappointed. The PC was snubbed for a pre-release demo yet again, so there were no clues to be gleaned from an advance trial version. A PC demo will apparently be available at launch on 16 September.

Perhaps worse than the lack of info, the Steam page for PES 2016 is actively spreading misinformation by showing screenshots from the PS4 version of the game. The German review mentioned earlier confirms that the PC version will absolutely not look like the images on Valve’s digital store page.

Seeing the PC version with such flat lighting and retro crowd graphics is miserable enough, but having no official information source for specific, point-by-point differences between PC and ‘newer’ console versions is absolutely shocking. The game is about one day from release, and the Steam page, the point of sale for the majority of PC players, is misleading and incorrect. 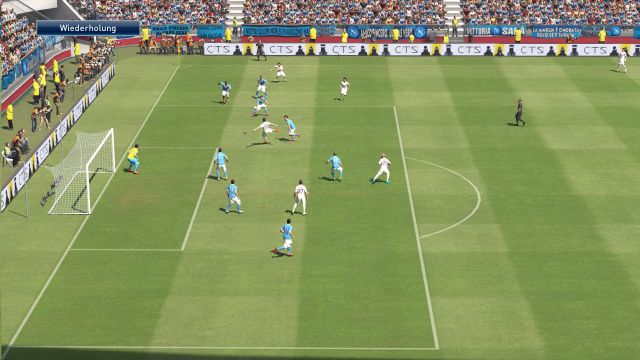 Another PC shot. Compare and contrast with the Steam page images.

That’s less of a problem in this age of Steam refunds (anybody who ends up feeling conned can, one hopes, pretty easily get their money back), but that doesn’t excuse the lack of information and clarity from Konami. If the graphics are so different, is the version of the Fox Engine powering the PC release even the same? If not, can the way the game plays really be equivalent? Right now, one day from release, there’s no way to be sure.

We know the company is capable of a full, properly-supported PC version. We saw it just two weeks ago with Metal Gear Solid V: The Phantom Pain. A game, ironically enough, which uses the exact same Fox Engine as PES 2016. One game looks its best on PC, the other looks like it’s about ten years old. But you wouldn’t know that from looking at the Steam page, or the official PES site.

Giving us a half-arsed port is one thing, but Konami, if you’re going to treat us PC players like garbage, at least have the decency to be transparent about it.