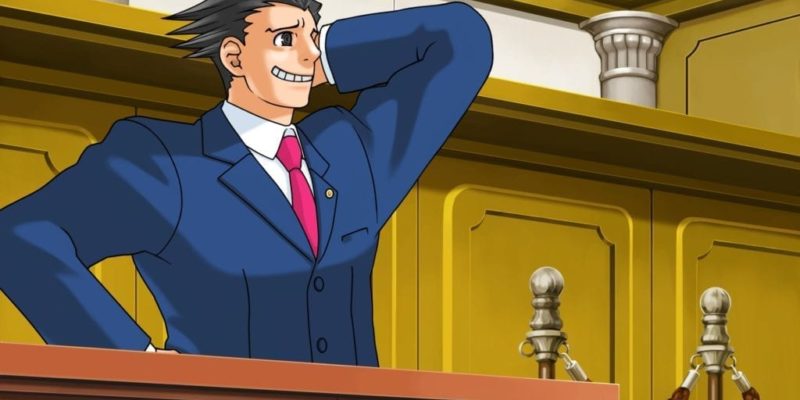 Being that Phoenix Wright: Ace Attorney Trilogy is a 2D visual novel/point-and-click adventure, all three of me have agreed that there’s not much point going over the system specifications and framerate in any great detail. Let’s just note that the recommended specs are 4GB of RAM with a GeForce GTX 660, and you should get the idea. This game isn’t going to sentence any reasonable computer to death row.

As for the framerate, it’s locked at around 60 FPS – but again, this is a very visual novel-esque title. Animations are fairly sparse, and with few exceptions, you’d find it pretty hard to notice most drops. You’d also find it hard to notice a higher framerate, so this is fine.

The prosecution submits into evidence the following screenshots of the options menus: 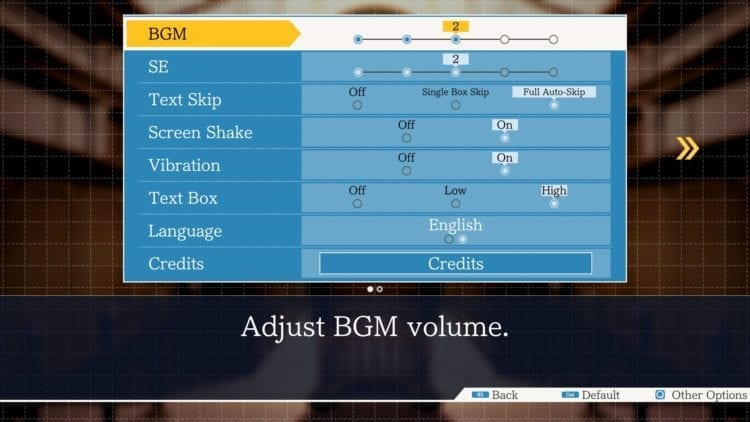 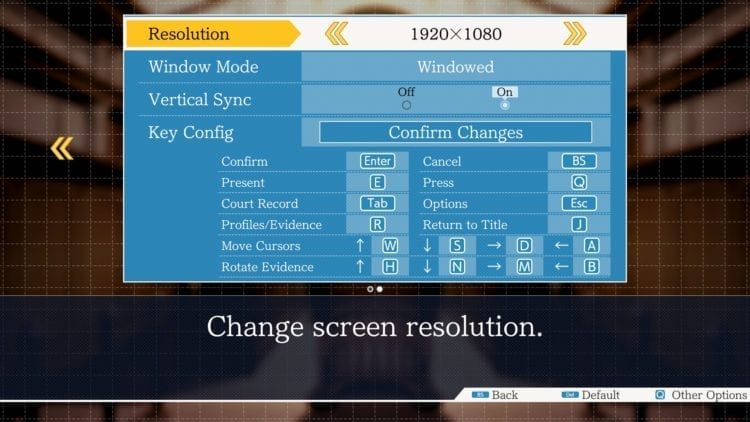 They’re certainly sparse – and yes, these are the entirety of the options. Indeed, once you’ve loaded a case, you only have access to the first page and can’t adjust your keybinds, resolution, or window settings.

Most of the options are simple quality-of-life things. Phoenix Wright: Ace Attorney Trilogy likes to shake the screen when something dramatic happens, but that’s easily disabled. You can change the opacity of the text box (so that you can see more of the lovely backgrounds) and adjust whether text skip just moves to the next line of text, or continues skipping as long as you hold the button. Pleasant stuff, if minor.

The prosecution, does, however, want to point out two problems with these options. The first is that the keybinds only allow a single key to be bound. This isn’t too unusual, but with a game like this – where you’re reading a lot of text and tapping a button to proceed – it’d be nice to have, say, the cursor movement bound to both the arrow keys and WASD, depending on how you’re sitting as you read. Here, however, you can only pick one. 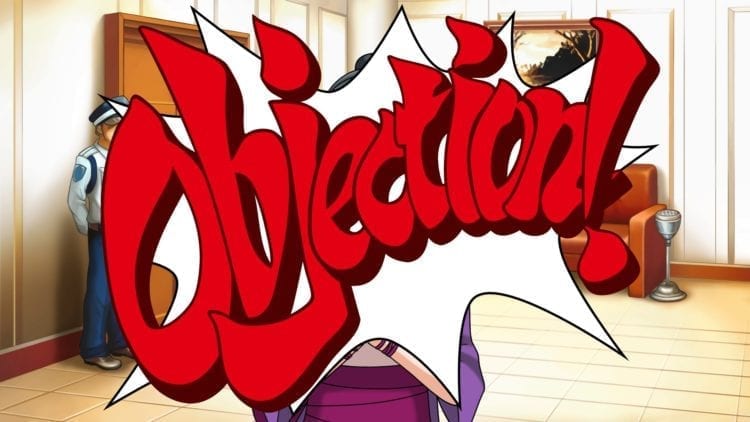 Oh, come on. It’s Phoenix Wright. You knew this was coming.

The defense objects, and points out that this is not only incredibly nit-picky but is a very minor issue, especially with fully-functional mouse controls. Not only that, but all in-game prompts will happily display keyboard buttons. Objection sustained, though this will be revisited later.

The prosecution’s second bone of contention is that there’s no “classic” mode. For better or worse, you’re going to have to deal with redrawn, high-res backgrounds and sprites. This isn’t likely to bother those new to the series, but there is a certain charm to the older sprites (and, if my memory isn’t deceiving me, possibly a few more frames of animation). 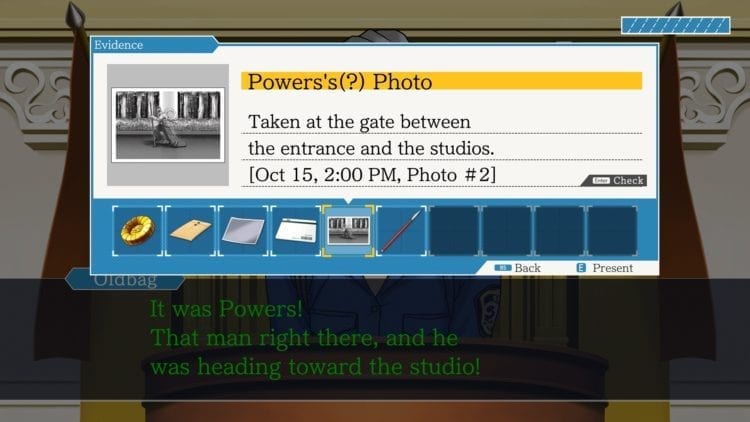 Rather than having this lower down, the Court Record is overlaid onto the window. Which… is fine, honestly.

The New Stuff also extends, ever-so-slightly, to Ace Attorney Trilogy using one window for everything. The DS and 3DS games used two screens, with the bottom one serving as your controls and inventory while the top screen had the action. Here, you’ve got one screen and more sub-menus, while the Court Record could always have been open at the bottom. A minor thing, and not one that’s likely to bother… well, anyone.

Again: nit-picky as anything.

The Controls Are All Wright 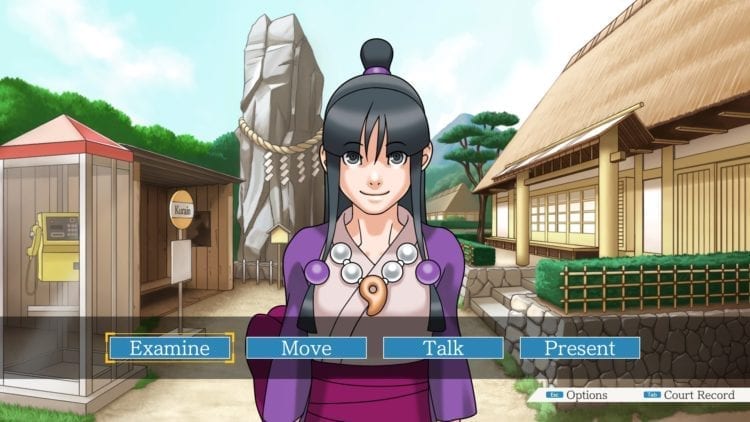 Click the button you want. You can even click Court Record or Options, if you really don’t want to use the keyboard. And… honestly, looking at these graphics, I can’t complain about no Classic Mode.

While we’ve touched on the keyboard controls, it’s probably worth pointing out that – yes – the mouse is fully supported. There are some slight oddities with this, but the entire thing is nonetheless playable with mouse alone.

It works almost exactly as you’d expect, honestly. You click to advance text, or right-click to skip. If you want to go to the Court Record (the inventory, essentially) you click the little button marked as such. It’s a shame that you’re clicking a small bit of text rather than an actual icon, but eh, not a big deal.

The one place this gets a bit more complicated is in case five of Phoenix Wright: Ace Attorney (the first game). Originally, this game had four cases. When it was ported to the Nintendo DS, an extra case was added. This case made use of the DS features like the touch-screen and, well, support for actual 3D. This primarily comes up with looking at objects: all bits of evidence can be rotated in full 3D and examined for further clues. 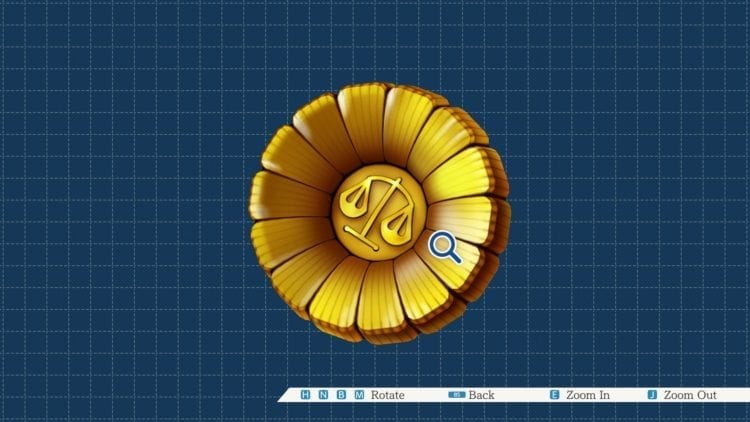 Disregard the Rotate buttons at the bottom. Just click, drag, and mouse wheel away.

Considering both the horrible “rotate” keyboard controls in the menu and that this feature exists for a single case, I genuinely expected the worst… but nope. The mouse works absolutely fine here. Click and drag to rotate things, use the mouse wheel to zoom in and out, and click on anything you want to investigate in more detail.

Quality Of Life And Death

Continuing with the theme of the prosecution picking at the tiniest flaws, I suppose I can point out that any occasion when you need to move a cursor around doesn’t actually update the mouse cursor. As an example, on the screen below, you can see a magnifying glass with a tick in it. That’s… not actually the mouse cursor. You need to click somewhere to make the magnifying glass icon move there. Or… you can use the keyboard to move it. 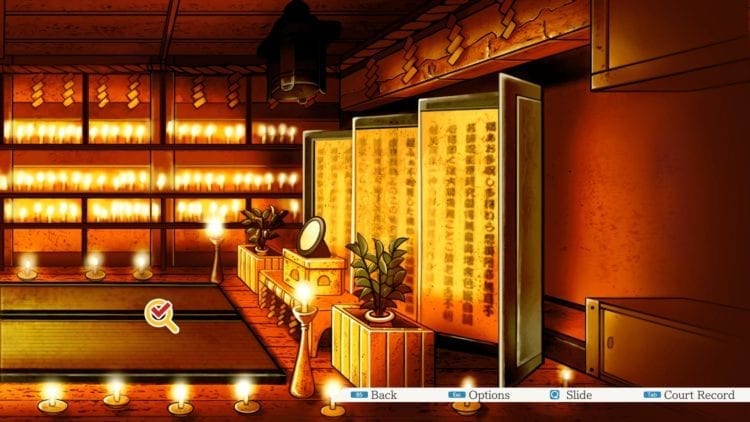 It’d be nice if that was the mouse cursor, but no big deal.

It is, however, a lovely quality-of-life addition: rather than tapping everywhere, this essentially shows hotspots and whether or not you’ve examined them before. If the magnifying glass is yellow, there’s something to be examined; if there’s a tick, you’ve already examined it. It’s not quite a hotspot finder, but it’s awfully useful.

There are a few other minor updates, too – the health bar in the first game is now an actual health bar, rather than a straight “strikes” system, and I swear a few statements have been removed from cross-examinations. Absolutely nothing major, though, and you’d have to be a nut like me to notice them.

The Verdict On Phoenix Wright 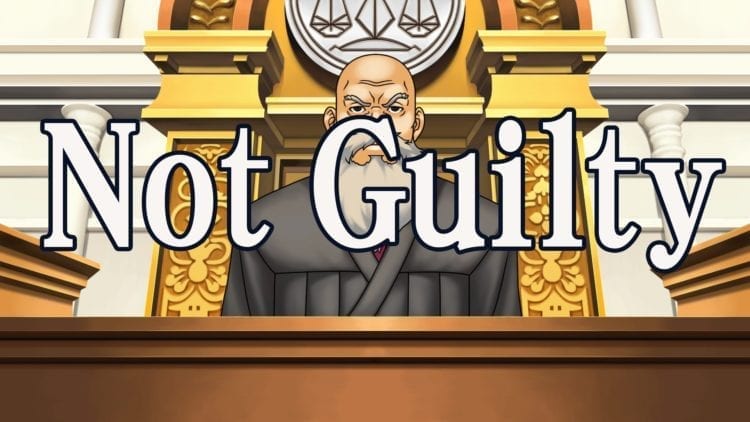 It would’ve been kinda difficult to completely screw up Phoenix Wright: Ace Attorney Trilogy on PC, and thankfully, that hasn’t happened here. There are minor annoyances (single keyboard bindings, needing to click to move the cursor somewhere, etc.) but these are about as minor as it gets.

Put those aside and we have a slick, mouse-and-keyboard controlled compilation of three of the finest and funniest investigative games around. It’s not a super-definitive version with hundreds of bells and whistles, but it’s entirely competent and caused me no issues at all.

By Brielle Bullard6 hours ago
Features