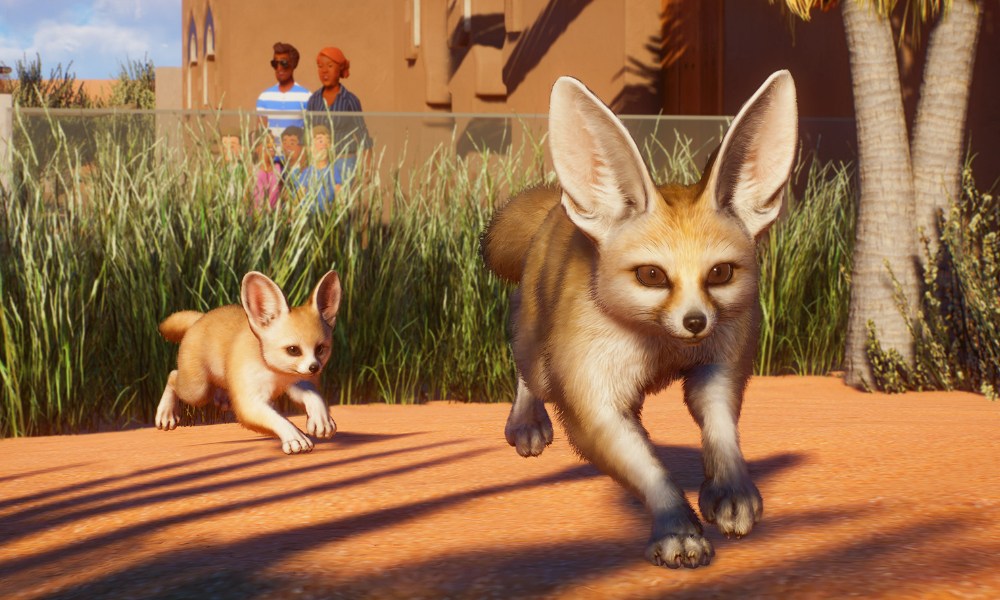 Planet Zoo‘s latest update just dropped, bringing lots of new content with it. The Africa Pack introduces five new species to Planet Zoo, alongside over 180 scenery pieces. Additionally, it includes a never seen before timed scenario, set in a gorgeous oasis bazaar. It makes for an excellent opportunity for experienced Planet Zoo players to challenge themselves.

The five new animals are the meerkat, southern white rhino, African penguin, fennec fox, and sacred scarab beetle. Each animal has been given specific behaviors that aim to replicate their real-life activities. For example, meerkats can dig holes in their enclosure and will jump in and out of them. Equally, the sacred scarab beetle will do what they are known best for. Rolling around pushing a ball of dung.

The most genetically diverse continent

The Africa Pack provides a fantastic excuse for Planet Zoo players to spruce up their zoo. With over 180 new scenery pieces added, there are a ton of Africa-themed cosmetics now at your disposal. This includes tree species unique to the continent, such as the dragon blood and quiver.

As for the new scenario, players have to take on the challenge of turning around a failing zoo located in an idyllic oasis bazaar. With it lacking power and failing to pull in a crowd, the zoo’s future is at risk. It’s up to you to save it by introducing sustainable energy sources and making the most of what its surroundings have to offer.

Planet Zoo has become a game well known for the incredible support given by its developer Frontier Developments. The Africa Pack is the seventh DLC to be introduced into Planet Zoo. This follows the Southeast Asia Animal Pack released just three months ago.

The downside to this support is that getting access to the most complete version of Planet Zoo is becoming increasingly expensive. At full retail price, Planet Zoo and all of its DLCs cost around $100 USD. Even if it arguably the best of its kind, some will no doubt find that too steep a price to pay.