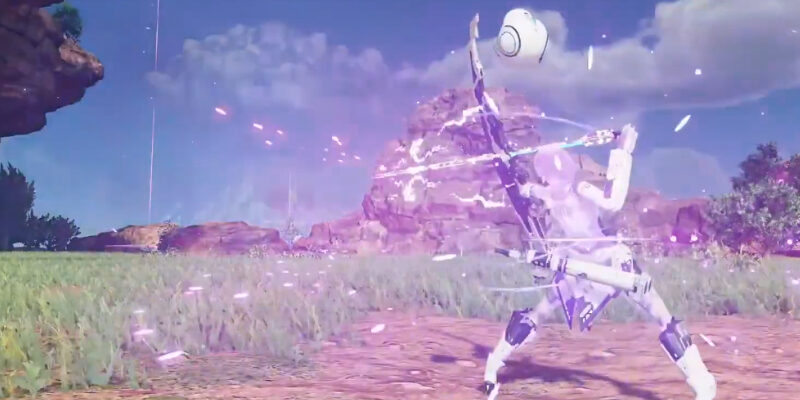 We’ve known for some time that the Braver class would show up in Phantasy Star Online 2 New Genesis in August. However, details beyond that have been sparse up until now. A new NGS Headline that was broadcasted earlier today revealed plenty of new information about what PSO2 New Genesis players can expect from the Braver class.

The Braver is a precision DPS class that makes use of the katana and bow. It is a hybrid class that excels at both close and long-range combat. This versatility makes it an excellent choice for just about every major piece of content in the game.

As part of the reveal, Sega showcased some of the skills Braver players will be able to take advantage of. Among these is a new class-exclusive Active Skill called Brave Combat. When triggered, PP consumption and PP recovery are both improved for a fixed period of time.

Other skills include Brave Combat Short Cycle and Katana Guard Counter Advanced. The former shortens the cooldown and duration of Brave Combat while the latter improves the katana’s weapon action, Guard. There will be a total of 15 new skills for PSO2 New Genesis players to try out once the Braver class is released.

Although the new class was the focus of the livestream, Sega also revealed a new AC Scratch Ticket titled “Sunshine Marine Stars.” This is an idol-themed set that comes with a large range of outfits, accessories, and emotes. Furthermore, a side story focused on Aina will follow, giving lore enthusiasts something to look forward to.

Regarding the MMO’s current lack of content, Sega has a plan to address that too. A new Urgent Quest named Mining Rig Defense will send a team of eight to defend a set target from several waves on enemies. This Urgent Quest will feature a new enemy type, the ability to upgrade the mining rig, and a mini-gun style mobile cannon. Completing the quest will give players the opportunity to earn a weapon from the upcoming series, Evolcoat.